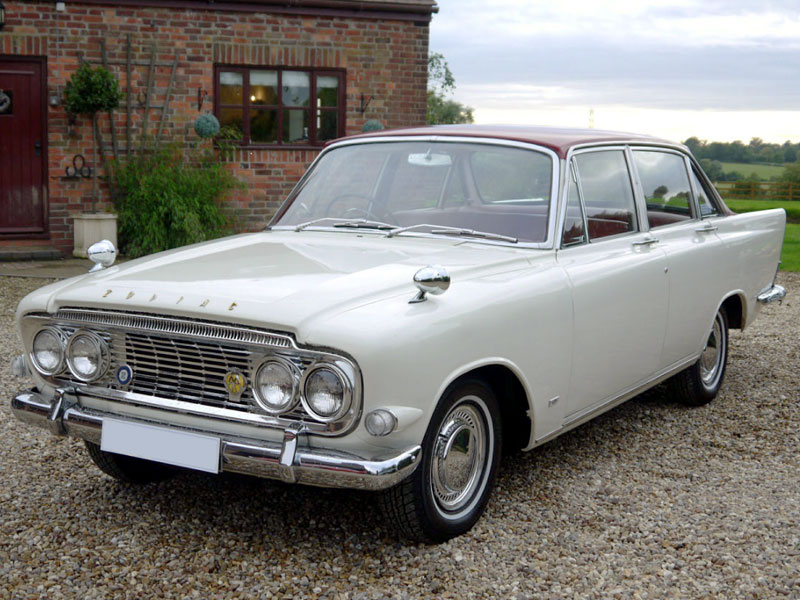 - Genuine 40,000 miles from new with substantial history file including 19 MOTs

This very smartly-presented automatic transmission example of Ford's third generation Zodiac has apparently covered just 40,302 miles from new - an average of around 750 miles a year! Finished in White with a Red roof and interior trim, it is presently regarded by the vendor as having 'good' bodywork, paintwork, upholstery, straight-six engine and gearbox. He adds that the Ford is 'very reliable, drives well and its automatic gearbox changes as it should'. Within the last four years '5523 RU' has been treated to a new carburettor, a top-end engine and gearbox overhaul and four fresh tyres, and is now being sold complete with a two inch thick folder of invoices and no less than 19 old MOTs, plus a current one valid to September 27. Now a very rare sight on our roads, the MKIII Zodiac was Ford's top of the range model from 1962 to 1966 and would have cost c.£1000 to buy new.