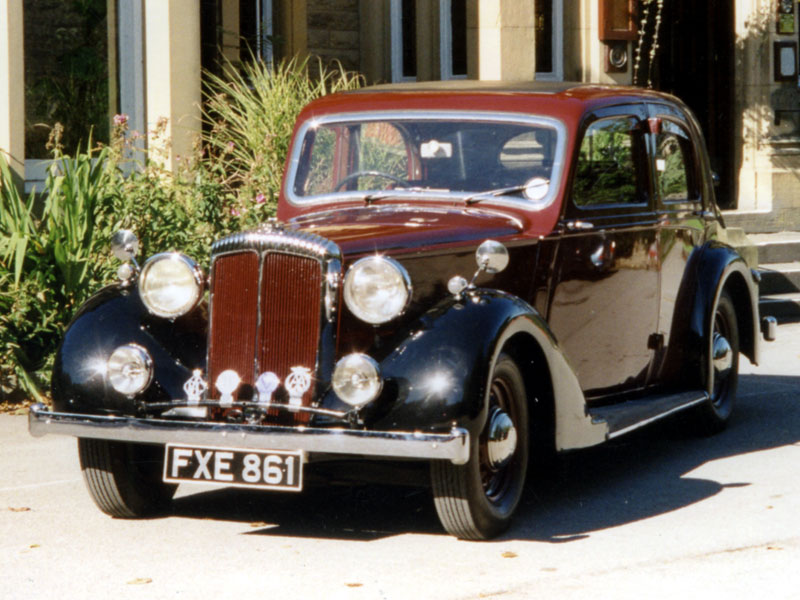 Introduced in 1939 as a replacement for the New Fifteen, the DB18 was based around a solidly wrought box-section chassis equipped with independent front suspension (a marque first), an underslung worm-drive axle, Marles worm-and-roller steering and Girling four-wheel drum brakes. Powered by a smooth 2522cc OHV straight-six engine allied to a four-speed pre-selector transmission (the latter incorporating Daimler's famously advanced fluid flywheel), the newcomer was reputedly capable of 76mph and 22mpg. Built to a standard that befitted the holders of a Royal warrant, the model could be had in a variety of open or closed guises (though the majority were bodied as four-door Saloons by Mulliners of Birmingham). Recommencing after WWII, DB18 production continued until 1950, when the model was superseded by the Conquest. By this time some 2,500 examples are thought to have been sold.

The Saloon now offered was manufactured in 1939 and sports Maroon over Black coachwork complemented by a Red interior. We understand the original engine (that's available by separate negotiation) has been replaced by one whose number is only one digit different and was restored by a Browns Lane apprentice prior to fitment. The vendor now regards the unit concerned as "very good" and the Daimler's paintwork, interior trim and pre-selector gearbox as "good".
Share: