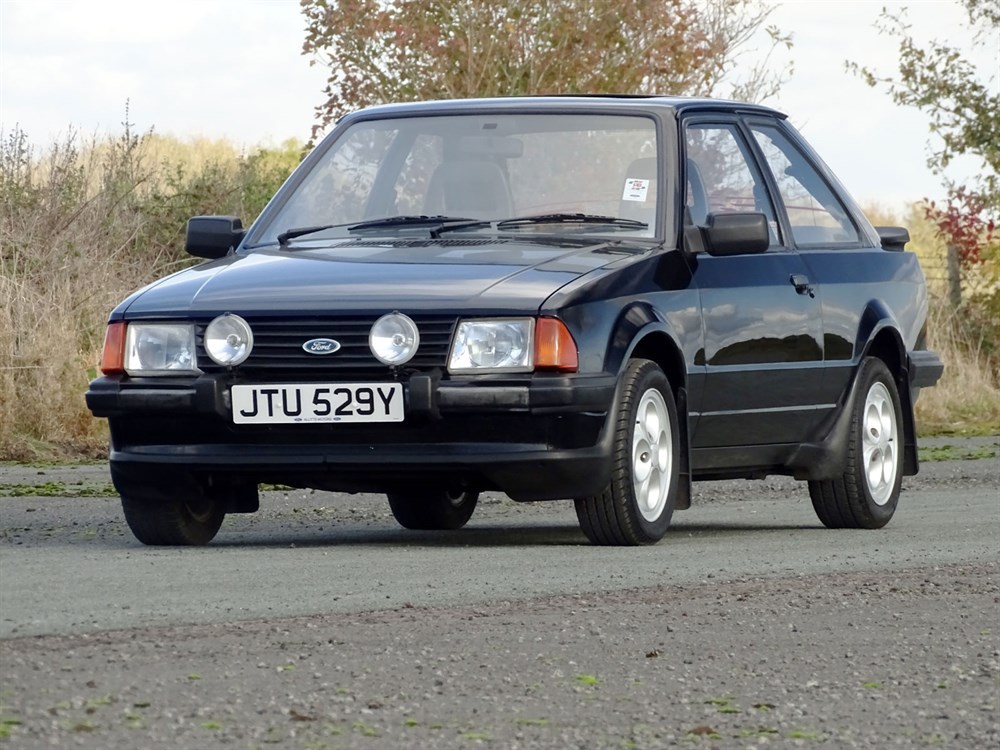 - Said to have never been welded

The XR3 was Ford's answer to the Golf GTi. Based on the third generation Escort, it featured a tuned 1.6-litre CVH engine fed by a twin-choke Weber carburettor, plus uprated suspension and a variety of cosmetic amendments. The sale car is a 1982 example that's finished in Black matched to Grey and Red striped cloth interior trim. It is very rare in that the 5 speed gearbox was introduced in mid 1982 and the XR3i became available in October 1982. The fast Ford rides on correct specification alloy wheels and boasts a factory-fitted sunroof. Closer inspection reveals its original Allitts Motors of Rhyl, Prestatyn and Denbigh window sticker and numbers plates, and date-stamped front wings. 'JTU 529' will in fact be familiar to avid watchers of such TV car shows as James May's 'Cars of the People' and Mike Brewer's 'Wheeler Dealers', as it starred on both programmes. Said never to have been welded and retain its original interior, the 76,371 mile Escort is now being sold complete with two sets of keys and MOT into July 2020.