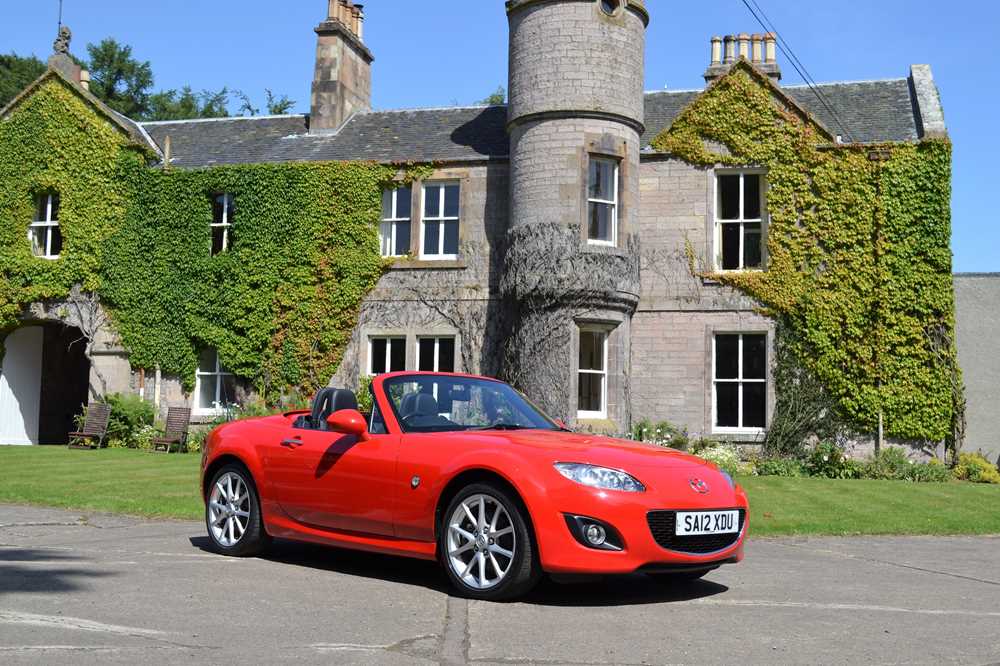 Mazda’s third generation of the MX-5 launched in 2005 and the same year won the ‘Car of the Year Japan’ award and made Car and Driver's 10 Best list annually from 2006 to 2013. Codenamed the ‘NC’ it was the first MX-5 generation to feature a retractable hardtop variant, with its roof being able to fold and unfold in 12 seconds without sacrificing boot space. Offered in either 1.8 or 2.0-litre variations of their L-series overhead-cam straight-four engines, with both manual and automatic transmissions available. Facelifted in 2008, the changes included a restyled front-end that incorporated elements from Mazda’s newer models such as the larger grille and new head and fog lights. Further restyled elements include the side skirts, rear bumper and tail lights.

This MX-5 was manufactured in 2012 and was supplied new to the United Kingdom, first being registered to the supplying dealership, Phoenix Mazda of Paisley. Fitted with the 2.0-litre straight-four OHC engine mated to a six-speed manual transmission, the Mazda is finished in True Red with full Black leather interior trim. This low mileage example has covered a mere 8,584 miles from new (at time of consignment) and the MX-5 has had just one private keeper from new, being purchased from Phoneix Mazda by our vendor in 2012.

Offered with Mazda main dealer service history which illustrates four services from both Western and Phoneix Mazda and one further service record from a Mitsubishi dealer. The most recent service was completed by Western Mazda at 5,940 miles. Accompanied by a selection of MOT certificates, the NC MX-5 is currently fitted with a sports exhaust (with the original being supplied with the Mazda too) and is further accompanied by two keys and a current V5C. Due to be provided with a fresh MOT in time for the sale.