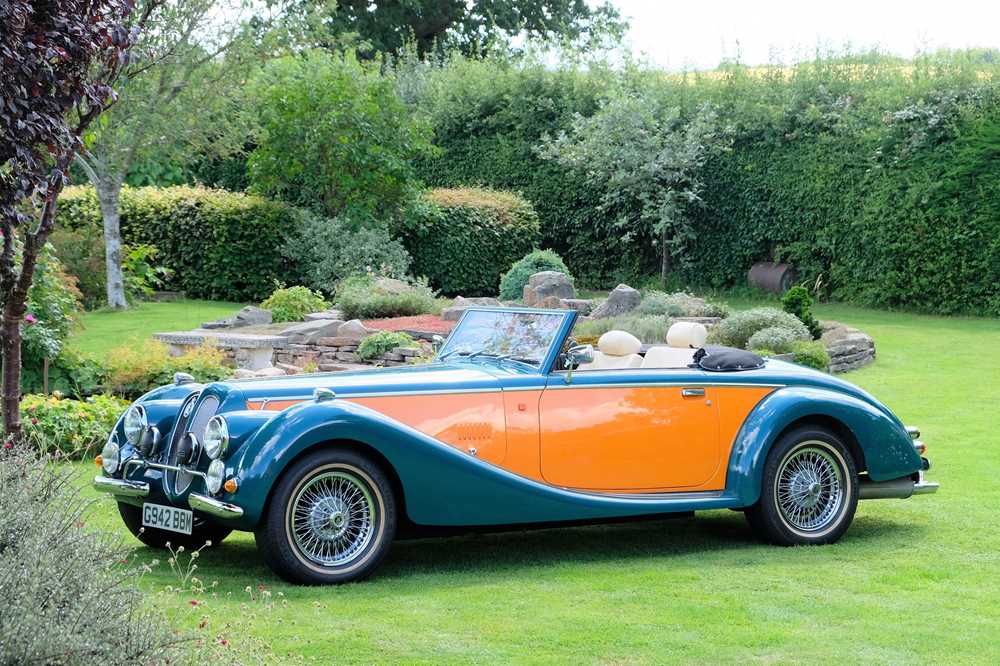 The Royale Motor Co was founded by one of the UK’s foremost kit car design talents, John Barlow, in 1990. His second model, the Sabre appeared in 1994. This was a sporty two-seater convertible with the chassis and drive technology of the Ford Scorpio or Sierra. From this model, which was offered by other manufacturers have recently emerged so far about 260 copies

Completed in June 1999, G942 BBM was created as a homage to the Delahaye 135M Cabriolet and was initially based on a 1989 Ford Sierra 2.0 GL with 5spd manual gearbox and features 2 pack polyurethane acrylic paint with flexible additives to reduce crazing. The vehicle received further improvements in November 2000 with the use of parts from a 1990 Ford Sierra GLS including a DOHC injected engine, power steering and all-round disc brakes.

G942 BBM has recently benefited from the radiator being re-cored in May 2021 and is offered alongside 3 folders of documentation including built instructions, wiring diagrams, spare parts list and invoices totalling over £15,000. In addition, the vehicle is registered as a Royale Convertible on the V5 document, which also shows just 2 former keepers. The vendor rates the condition of the bodywork, engine, electrical equipment, paintwork, transmission and gearbox and interior trim all as ‘Very Good.'