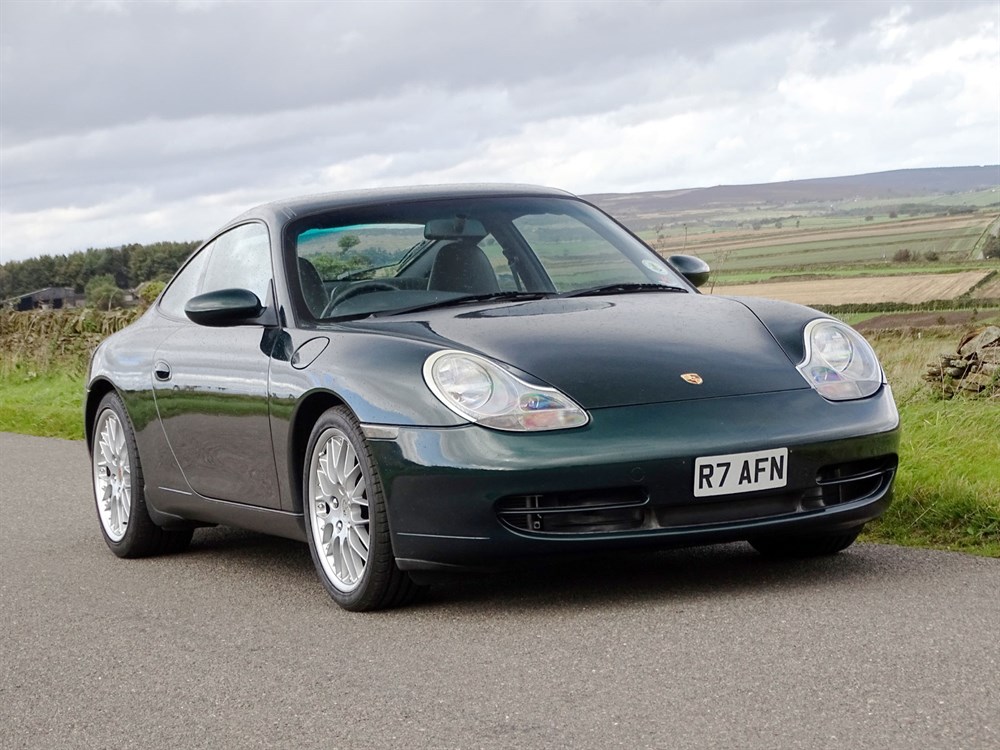 Supplied new by AFN Reading and first registered as `R7 AFN', this 3.4-litre engined example is warranted to have covered just 70,000 miles from new (with corroborating full main dealer service history up to 58,150 miles). Finished in Fir Green metallic with Grey ruched leather upholstery, the Porsche's desirable specification also includes an electric sunroof, six-speed manual gearbox and limited slip differential. Accompanying paperwork includes a 2002 advert for the car at which time the mileage and asking price were 55,000 and £38,995 respectively. Benefiting from a fresh battery and new exhaust, `R7 AFN' offers a great performance-per-pound ratio and will become ever more collectible.
Share: