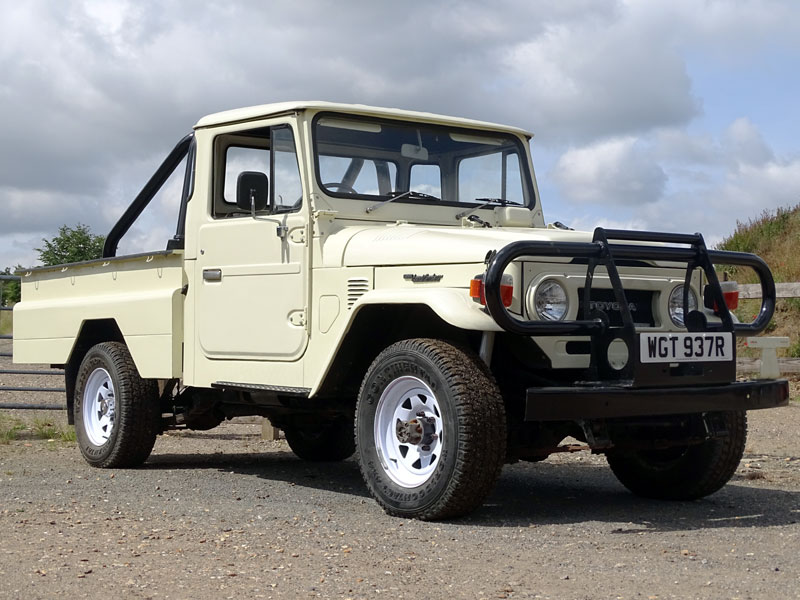 - Subject to a recent extensive restoration, mechanical and engine overhaul

- Offered with photographs of the restoration plus current V5C

The origins of the long-running Land Cruiser series of 4x4s date back to 1941, when the Japanese authorities ordered Toyota to reverse engineer the Jeep. With the experience of several military trucks behind it, the company then launched the first Land Cruiser 10 years later. The name has subsequently become a byword for rugged dependability in parts of the world where even the ubiquitous Land Rover has been known to struggle. The now classic Land Cruiser models were produced from 1960 to 1984, and the righthand drive version now offered is of the two-door pickup variant that hails from 1976 powered by the 3.6-litre six-cylinder diesel engine driving through a four-speed manual gearbox.

This smart looking example has been subject to a recent extensive restoration, mechanical and engine overhaul and is offered with photographs of the restoration plus current V5C and letter from Toyota confirming the build date. Displaying 62,400 kms the vendor currently classes the bodywork, paintwork, interior trim, engine and manual gearbox as 'Very Good' and is offered with an MOT certificate into April 2018.