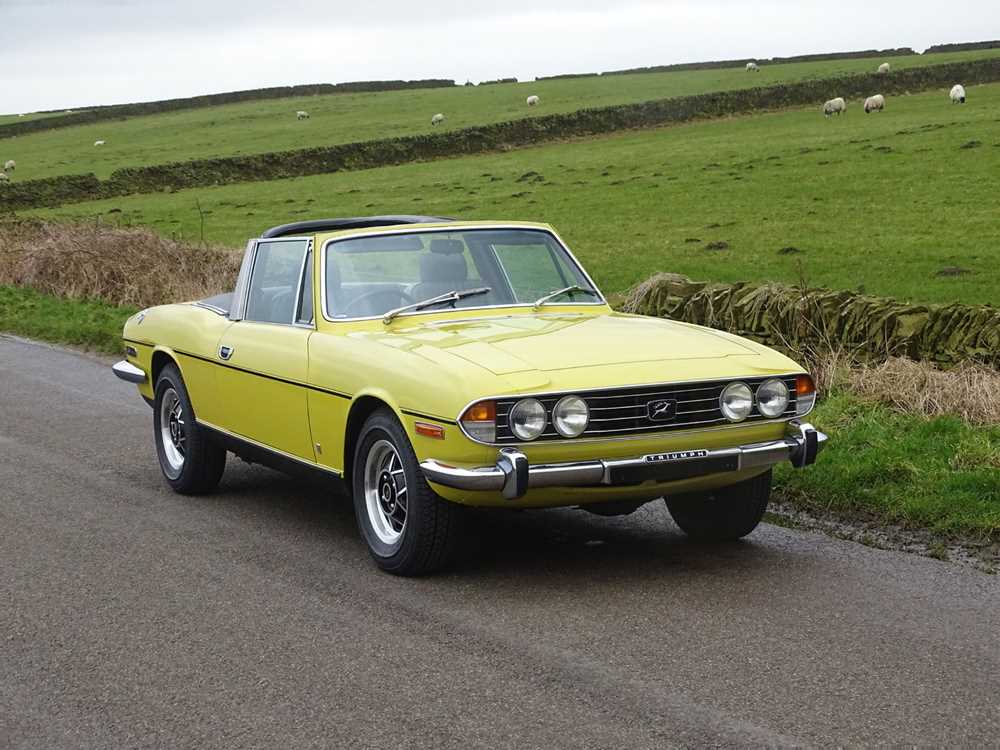 In 2015 Mr Godrich had the car thoroughly checked over and a new clutch fitted, the corresponding invoice and report are in the history file. Starting readily and pulling strongly on a recent test drive, the condition of the car is extraordinary. Even the inner panels are nigh on ‘as new’ as are the under dash tags and Britax seat belts. The car comes with its original 'Passport to Service' book and a fresh MOT. This must be one of the best original Stags in the world’.