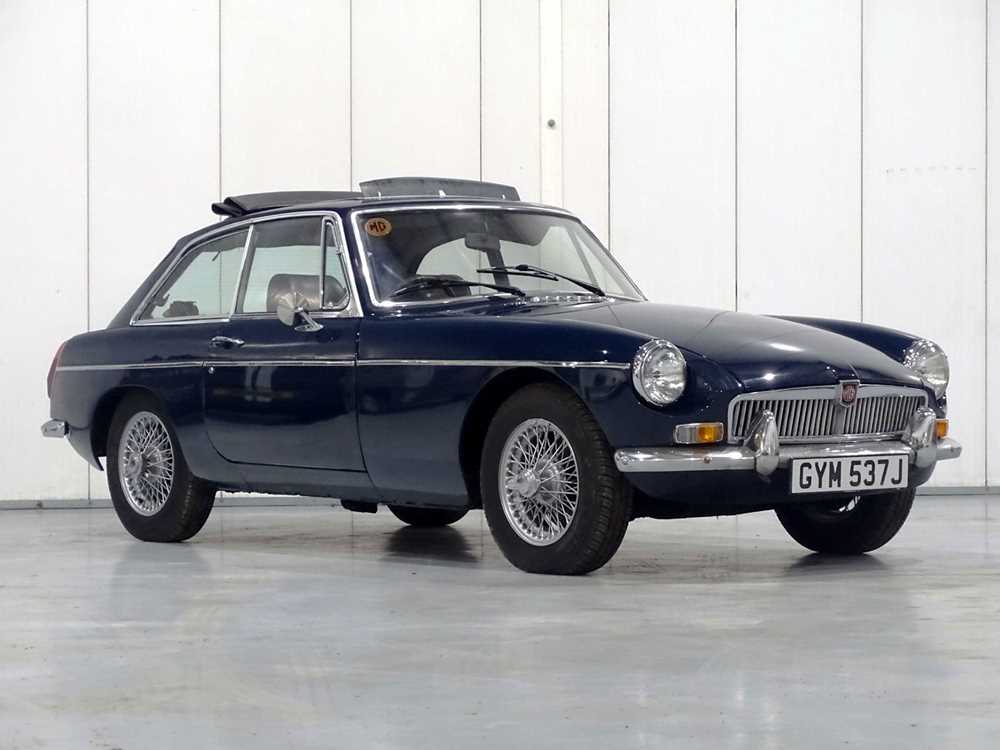 This appealing MG was registered on 2nd July 1971 and supplied by University Motors in London to its first owner. Finished in its current colour of Midnight blue, it was specified with optional extras of wire wheels, overdrive, heater, radial ply tyres and seat belts. The webasto type roof has been fitted at an unknown point. A BMHIT heritage certificate is present.

Introduced in the May of 1962, the monocoque MG B was a welcome progression from the body-on-frame T-Series and MG A models that preceded it. The more modern construction resulted in weight savings (the car turned the scales at 2028lb), reduced manufacturing costs and notably tauter handling. Initially, the B was only available in Roadster form - the Pininfarina-penned hatchback GT derivative with 2+2 seating not being offered until October 1965. Suspension was by wishbones and coil springs at the front, and a `live' axle mounted on leaf springs at the rear. Damping was by lever arm units all round. Braking was by discs at the front and drums at the rear. At launch, the model was powered by a three-bearing version of the 1798cc B-Series engine that produced 95bhp at 5,400rpm. However, this unit was replaced by a five-bearing one two years into production. The MKII model of 1967 brought an updated manual gearbox with revised ratios and synchromesh on all gears, as well as the option of a Borg Warner automatic unit. Other changes included a revised rear axle and a switch from dynamos to alternators. In 1969, Rostyle wheels replaced the previous pressed steel version for standard fit. With the MKIII derivative of 1972 came a new fascia and improved heater. However, the biggest visual change in the car's history occurred two years later when steel reinforced plastic bumpers replaced the chrome ones and the ride height was raised by one inch. By the time GT production ceased in 1980, a total of 125,282 are said to have been produced, a large proportion of which are still providing good service today.