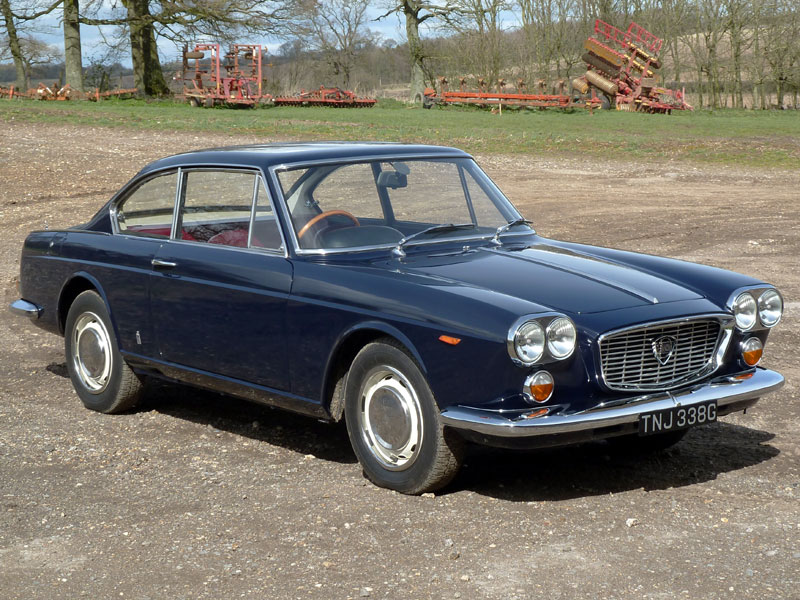 - Only three registered owners from new, with the second for 38 years

- Only 37,000 recorded miles and a quantity of lovely early documentation

This beautiful and very rare right hand drive Lancia Flavia 1.8 Coupe was first registered on January 27th 1969, and according to the original green log book on file, in January 1970 the car was owned by a Mrs Sonya Burt from Lindfield, West Sussex, and the engine number on the document matches that of the unit in the car today. A letter on file from Mr Burt to a later owner states that he "acquired (the car) for my Wife back in the 60's" so possibly Mrs Burt was the first owner. An invoice on file shows that in November 1972 the car was purchased by a Dr C.N.D Eastes of Hove, West Sussex and a copy of a 1985 V5 registration document show that by 1985 Dr Eastes had moved to nearby Storrington. In June 2010 ownership changed to a Gentleman in Eastleigh, Hampshire, and a letter typed during the purchasing negotiations implies that the car was being purchased from Dr Eastes' son. The current vendor acquired the car in 2012 but due to it joining his Lancia and Italian car collection and his keenness not to put another owner in the registration document, he never registered it in his name. The history file contains many wonderful early documents such as a January 1972 MOT certificate (where the mileage was recorded as being 27,400), an April 1985 certificate (27,704 miles recorded), a January 1972 tax disc, a handbook, a radio user guide, and a BP Energol maintenance booklet. The Flavia is described by the vendor as being excellent in all respects having never been rusty, with them adding that during the 2015/16 winter the car had a bare metal repaint carried out to all panels except for the original paint on the roof, that the engine shows good oil pressure, the synchromesh on the gearbox are good, and that the interior is original and near perfect. This glorious car has had only three recorded owners and has covered just 37,200 miles from new, an odometer reading that is warranted by the vendor. A very beautiful, special, and captivating car.

PLEASE NOTE: The vendor reports that the speedomoter cable on this vehicle snapped on the way to the MOT station on Monday. It has since driven only from Whitchurch, Hampshire, to the auction venue.
Share: