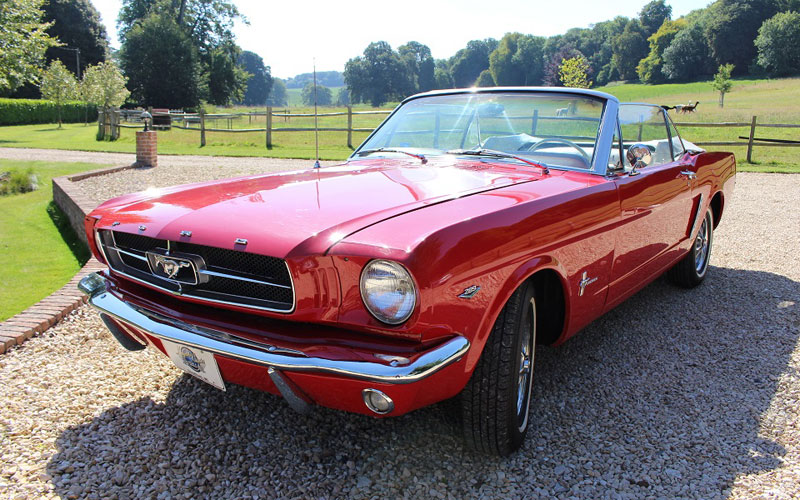 This very early (1964 1/2) Mustang Convertible, finished in Rangoon Red with white vinyl interior, is said to drive as well as it looks. Recently imported from the USA, after a professional restoration in 2013 - 2014, the vendor advises "the panels are very straight, and fit well. The paint and chrome are excellent. The interior is nicely and correctly trimmed, with a very good white hood with matching cover. The hood power assistance works as it should, and it latches snugly."

Originally fitted with a 260 V8, it is now powered by a 289 unit sporting finned aluminium 'Cobra' rocker covers as per the Shelby cars. The engine bay is described as "nicely detailed", whilst the engine has a "wonderful resonant V8 'woofle', and it pulls through the smooth 'Cruise o Matic' transmission with verve." Disc brakes are fitted for more modern and safer stopping power. Accompanied by a Swansea V5C and MoT to July 2016 it has been used extensively over the summer for touring and is reported to have performed faultlessly.
Share: