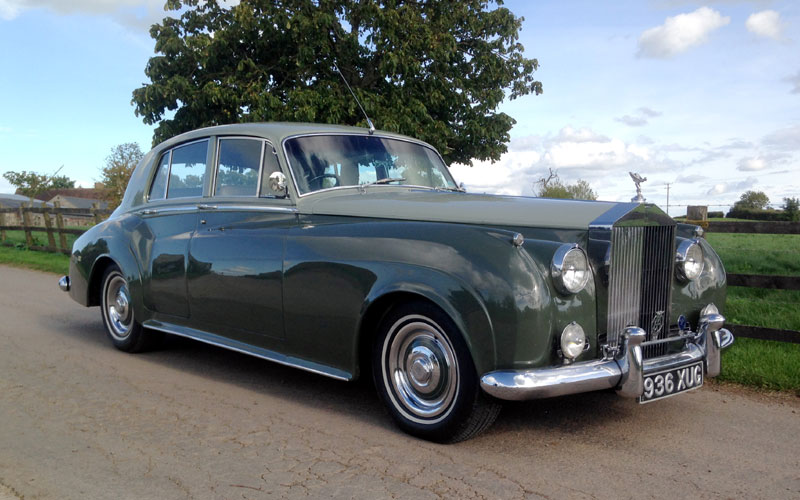 Launched in April 1955, the Silver Cloud was based on a completely new closed box-section frame that was reputedly fifty percent stiffer than that of the outgoing Silver Dawn. The newcomer's elegant Standard Steel Saloon body was penned by in-house designer John Polwhele Blatchley, the proportions of which belied its considerable overall length of 17ft 8in. Though the retention of a separate chassis allowed for the production of bespoke coachwork, all but 157 of the 2,360 Cloud Is produced featured the in-house offering. Powered by an alloy-headed, 4887cc straight-six engine mated to 4-speed automatic transmission, the model utilised servo-assisted drum brakes all-round. The suspension was independent with coil springs at the front and featured a live axle hung on semi-elliptic leaf springs at the rear. Changes introduced in 1956 included the incorporation of twin brake master cylinders and the options of power steering and air conditioning. A test by Motor magazine in 1956 recorded a top speed of 102.9mph and a time of 13.5 seconds for the 0-60mph dash.

Still finished in its original colours of Sage Green over Smoke Green, chassis SBC108 was first owned by J.W. Kempton Esq. of Leicester who took delivery on 5th October 1956. More recently entrusted to marque specialists Hillier Hill and NRT Motors of Tewsburry for over £35,000 worth of mechanical fettling, the Rolls-Royce is said to 'drive like it did when it left the factory'. Describing its bodywork, paintwork, engine and automatic transmission as 'good' and its Stone-hued leather upholstery as 'fair / good', the vendor further informs us that this lovely Silver Cloud has covered just 100,500 miles from new. Riding on whitewall tyres and benefiting from power steering, it is accompanied by an original handbook, assorted MOTs, V5s, complete boot tools, lamp and a spare set of keys.