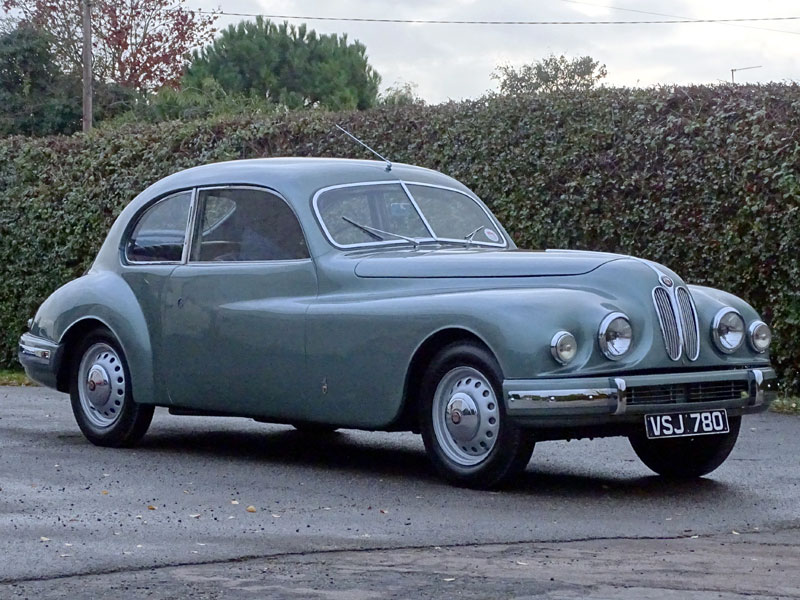 Supplied new by Anthony Crook Ltd of Hersham, Surrey, this particular example - chassis 401/1094 - was dry stored for some sixteen years prior to entering the current ownership. An enthusiast who had driven Bristols on various historic rallies, the vendor treated `VSJ 780' to a bare metal repaint and sundry rechroming plus some sympathetic mechanical recommissioning. As well as a new cylinder head gasket, the original `matching numbers' engine benefited from new core plugs, flushed out waterways and overhauled carburettors. The radiator core was attended to as were the water pump, starter solenoid, wiring and brakes. Finished in Cambridge Grey Metallic with Dark Blue leather upholstery, the Bristol is variously described by the vendor as being in `good' (electrical equipment), `very good' (bodywork, paintwork, engine, interior trim) or `excellent' (gearbox) condition. Offered for sale with parts manual invoices and various vehicle documents.
Share: