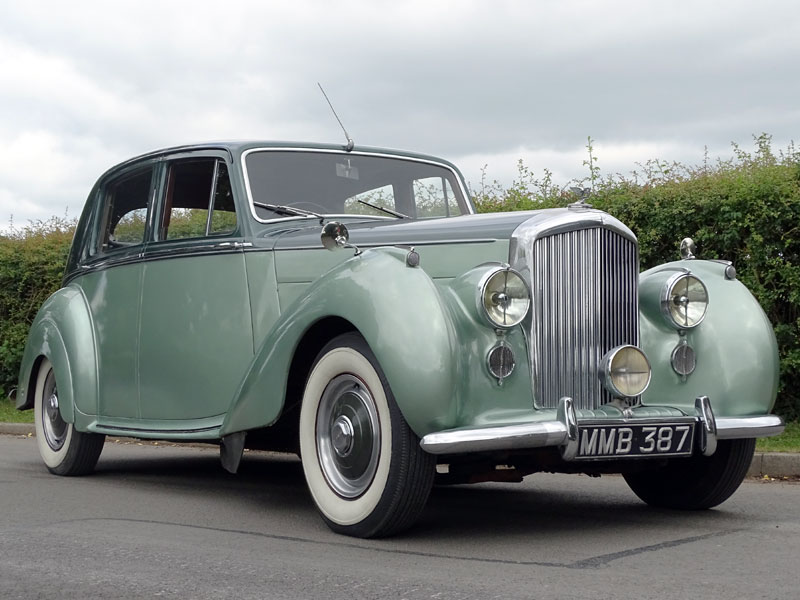 - Displays a credible 90,874 miles and at some stage benefited from a restoration

- Offered with a selection of original tools, collection of invoices, old MOTs and tax discs

This is a genuine three-owner Mark MKVI Bentley that was purchased new in 1950 by English Electric on behalf of its Chairman, the Right Honourable Lord Nelson, in whose family it remained for 59 years. The second keeper retained it for three years, at which point it was acquired by the vendor, an RREC member. Finished in Dark over Light Metallic Green and trimmed in Brown hide, the car currently displays a totally credible 90,874 miles, has at some time benefited from a restoration, and more recently from a carburettor and brake overhaul, and a replacement exhaust. It is now offered with: a selection of original tools; a collection of invoices, old MOTs and tax discs; RREC chassis card records; and a scale version of the exact model manufactured by Oxford Diecast. A total of 5,202 MKVIs were produced, 4,190 of which were clothed in the in-house Standard Steel body, as still proudly worn by 'MMB 387'.
Share: