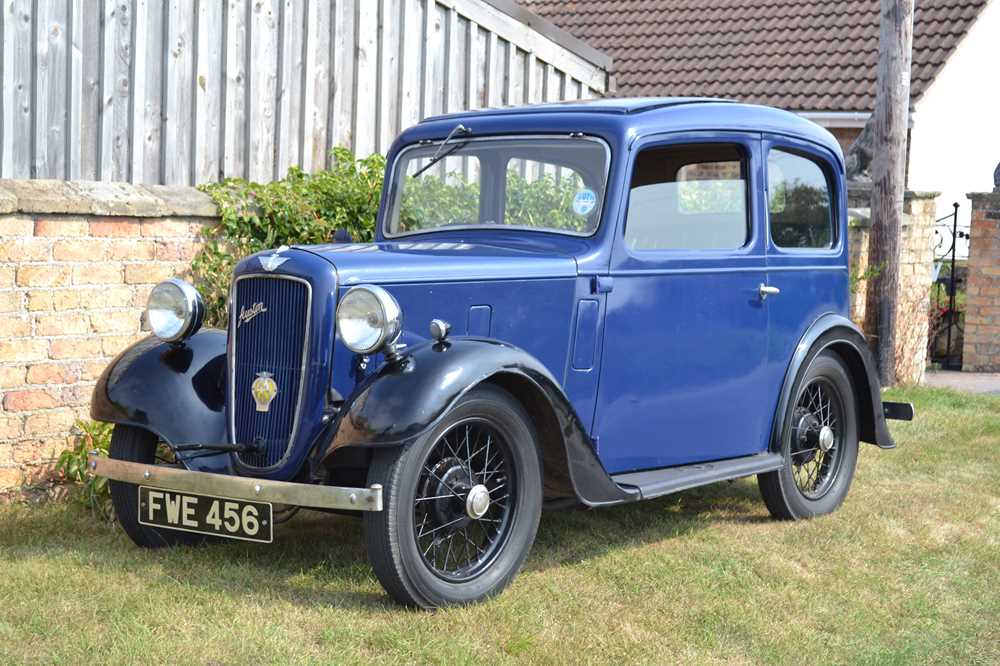 Adored by the British public, the Seven remained in production from 1922 until 1939, during which time some 290,000 were produced. It was also manufactured under licence in France, Germany, Japan, America and Australia. Many examples have subsequently been plundered by special builders (Colin Chapman's first Lotus was based on an Austin Seven) or run into the ground. The remaining cars are therefore an increasingly vital element of the vintage movement. Introduced in 1934, the Ruby variant was an addition to the existing Saloon line-up, whose distinguishing features were a longer bonnet, cowled radiator and down swept tail incorporating an enclosed spare wheel.

This pretty 1938 example which is finished in Blue over Black and trimmed in Black leather, 'FWE 456' comes complete with opening windscreen, however the sunroof has been sealed prior to the owners custodianship. The DVLA has the Ruby with only 7 former keepers, and the vendor informs that the Saloon has been subjected to recent new battery and dynamo reconditioning.