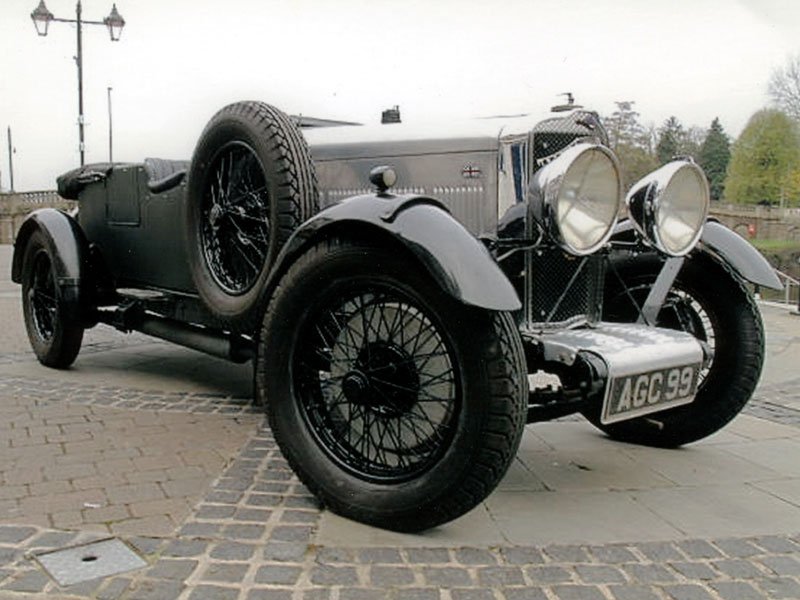 Beginning life as an AX65 Saloon, this handsome Roesch Talbot Special was bereft of bodywork by the time it entered the current ownership during 1980. Re-registered with the DVLA as 'AGC 99' some three years later, its present fabric-covered Tourer coachwork was modelled on an illustration in Anthony Blight's acclaimed reference work 'The Invincible Talbot' (plate 48). Improved and developed by a Who's Who of marque specialists during the 1980s/1990s, the four-seater had its front axle entrusted to Arthur Archer for refurbishment during 1982. At the end of that decade Bill Barrott attended to its wiring, brakes, steering, suspension and weather gear, while Ian Polson rejuvenated its four-speed pre-selector transmission (AV215) which is understood to house 105 ratios.

Keen to improve the car's performance, the vendor gave Ian Polson two BD75 engines from which to build-up a single overhauled unit. As well as re-white metalled bearings, the 2.3 straight-six benefited from a reground crankshaft, reground camshaft, new valves and replacement exhaust system not to mention the fettling of its water pump, oil pump, radiator, Zenith carburettor, dynamo, starter motor, rev counter gear and manifolds. Being based on late BD75 componentry, the resultant powerplant was arguably closer to 90 than 75 specification. Using parts sourced from the Sunbeam Talbot Darracq Register, Arthur Archer assembled a strengthened AM75 rear axle complete with new 4.31 crownwheel and pinion.

Sporting a 90 lamp bar, Black leather upholstery, Double Duck hood / tonneau, 105 Fox & Nicholl Team Car-style wings / brackets, Lucas P100 headlamps and fresh MOT, 'AGC 99' has covered approximately 2,500 miles since its running gear was upgraded. The assorted Archer / Polson / Barrott invoices on file total £23,000 but the labour rates they quote typically vary from £8 - £12 per hour! The original 65 engine is included in the sale but will need collecting from the vendor's home.