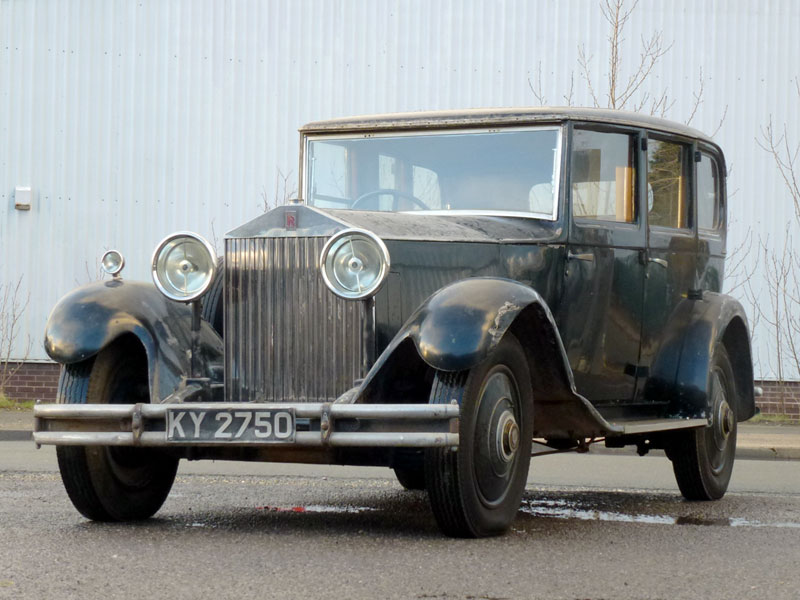 Taken off test on June 13th 1932 and clothed by Park Ward as an elegant D-back, six-light limousine (using body number 3486), chassis number GAU56 was supplied new to P Waddilove Esq. Beginning life in Bradford (or so its `KY 2750' number plate would imply), the Rolls-Royce was offered for sale by Sotheby's during April 1980 and is understood to have belonged to Charles Meadows Esq of Torquay for many years. In need of restoration by the time it entered the current ownership some four-and-a-half years ago, the 20/25 appears to be substantially complete. Retaining its initial powerplant (engine number J9B) which is reportedly free, the limousine boasts a side-mounted spare wheel, luggage rack, wind-up division and fold-out occasional seats. Partially re-trimmed at some stage in Black leather and Beige cloth (though, some of the hide to the front bench seat could be original), the Rolls-Royce shows an unwarranted 65,374 miles to its odometer.
Share: