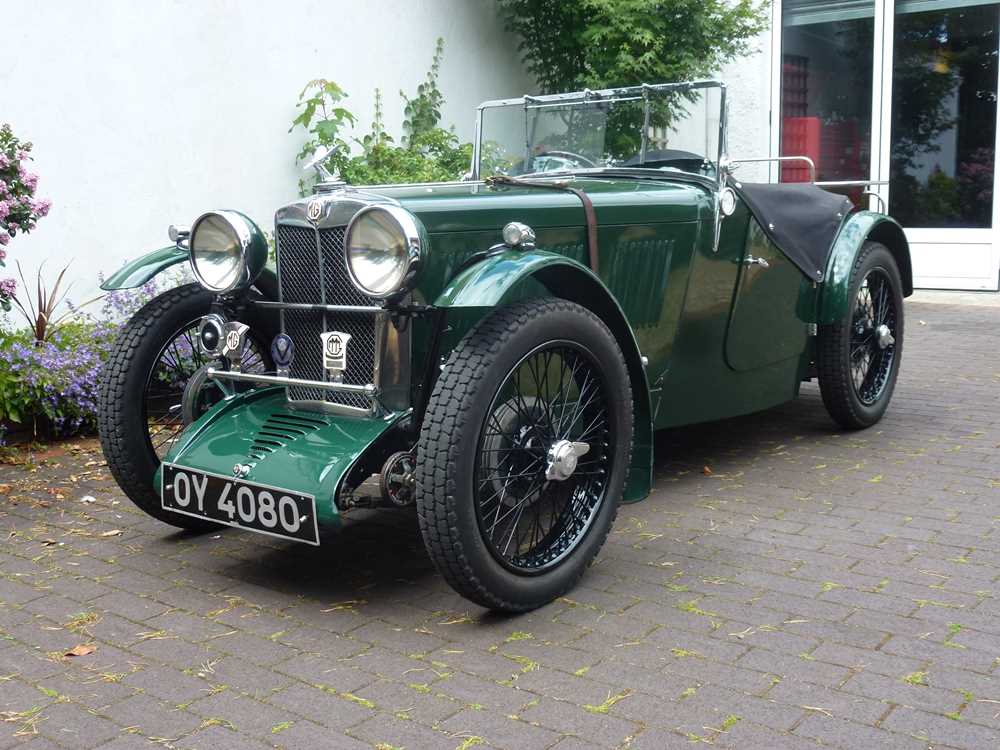 This delightful-looking J2 is offered from long-term ownership having been purchased by the vendor in 1991 via The Pre-War MG Parts Centre of Chislehurst, Kent at a cost of £22,500. Finished in British Racing Green with green interior it is understood to have been subject to an extensive restoration to a high standard in the late 1970s / early 1980s. According to an accompanying note on file it was originally a swept wing car which has been converted to the current cycle wing arrangement at some point in its life. OY 4080 is accompanied by an extensive history contained in a number of meticulously presented files which include a virtually complete record of owners back to 1953, photocopies of old continuation logbooks, numerous invoices (Vintage Restorations, Rees Bros, Barry Walker etc.) dating back to 1975 when the restoration is believed to have commenced, assorted correspondence, photographs of the restoration work, a quantity of old rally plaques, a hardbound copy of the book ‘J2 Tales’, expired MoTs from 1991, copy instruction manual and copy spares listing. A hood, hood frame, tonneau and sidescreens are also present. A letter on file written to the DVLA in 2004 suggests the engine was treated to a major overhaul during the vendor’s ownership.

A direct derivative of the M Type, the cheeky little J2 Midget was announced in August 1932. The underslung chassis was topped by a simple but striking two-seater open body - early versions had cycle wings at the front while subsequent examples featured integral swept units. Power came from MG's proven Wolseley-derived 847cc OHC four-cylinder engine that produced 36bhp and drove through a four-speed manual gearbox. Suspension was by semi-elliptic springs all round and braking by cable-operated 8-inch drums. Some 2,083 J2s were manufactured before the J-Type model range was superseded by the PA.