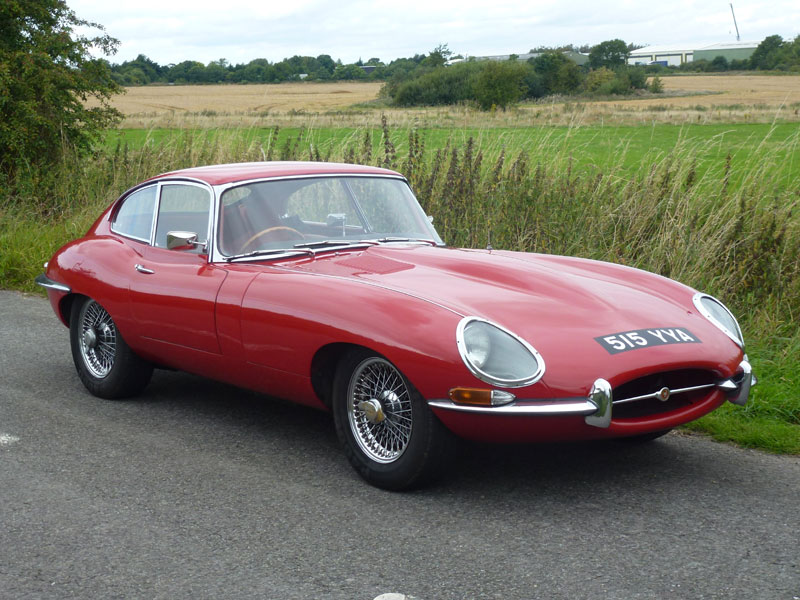 - Current ownership since 1991 and matching numbers

'515 YYA' is an apparently very original, matching numbers home market Coupe that was manufactured on June 8, 1964. The car's history file confirms the supplying dealer to have been Crouch & Son of Ilminster and the first owner a Mr Richard Campbell of West Monkton, Somerset. Interesting correspondence between the vendor and Mr Campbell reveals that the E-Type gave him 'great pleasure' and was only sold when he was posted overseas for two years and could not afford to lay it up for so long a period. The original log book details four further owners to January 1970, namely: a Mr Johnny Jones of London W1, a John Harrison of Blackpool, Red Rose Motors of Chester and a Mr William Alan Wooding (?) of Stoke-on-Trent - there is a note on file from Mr Harrison stating that he purchased the car when showing 19,000 miles and sold it displaying 35,800. Copies of the car's DVLA records evidently account for the subsequent keepers and the recorded mileage, which currently stands at 77,159.

The Jaguar was restored in the 1980s, believed courtesy of Mr Tony Thorley, the brother of the JEC's magazine editor. It benefits from a selection of improvements including: Zeus two-pot brake calipers at the front, and Dunlop ones at the rear that have been refurbished with stainless steel internals; Powr-Lok limited slip differential; Kenlowe cooling fan; wider section wire wheels; and inertia reel seat belts. The vendor has possessed the E-Type for no less than 21 years and is now offering it in its original colour scheme of Carmen Red bodywork teamed with a Red leather interior, original registration number, period AM radio, heated rear screen, recently replaced floor coverings, a wide selection of paperwork, and an MOT valid until September 2, 2016. A well-presented, well-documented example of a rapidly appreciating British classic.