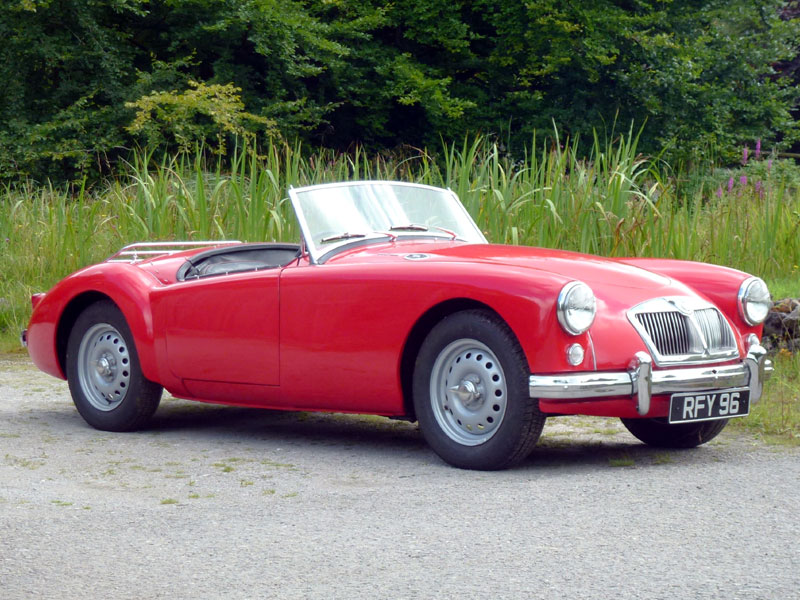 This right-hand drive, home market Twin-Cam Roadster was acquired by the vendor's father in 1969, who used it for a short time before placing it in storage, where it remained for the next 27 years. At this stage a bodywork refurbishment programme was commenced by J&G Classic Car Restoration Services of Dolgellau. Since the MG's return to the family in 2008 it has been stored once more. The vendor currently rates the restored bodywork and gearbox as "good", the interior trim as "original" and the engine (which has benefited from a degree of overhaul) as "running but in need of attention". Finished in Red and trimmed in Red-piped Black leather, `RFY 96' is being sold with restoration photos / invoices but without MOT.