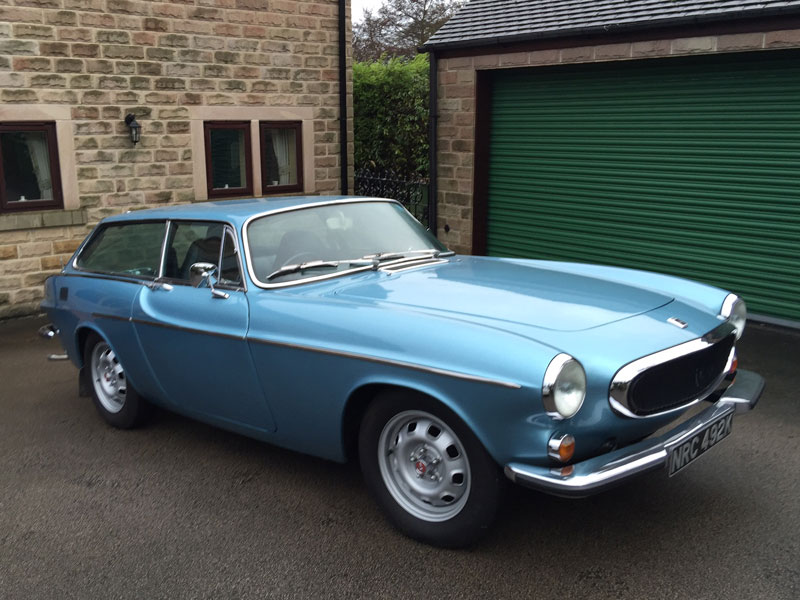 - Garaged for 29 years by its original owner

- Described as 'original and never restored'

Introduced in August 1971, the Volvo P1800ES was arguably one of the world's first 'lifestyle' estate cars (a genre now typified by the BMW 3-Series Touring). Boasting notably greater luggage space thanks to its extended roof line and sharply raked glass tailgate, the model came with a more powerful Bosch fuel-injected 1986cc OHV four-cylinder powerplant as standard. Further benefiting from four-wheel disc brakes and the choice of either four-speed manual or three-speed automatic transmission, it remained in production until 1973 (by which time some 8,078 are thought to have been made).

The 'time warp' P1800ES now offered is a genuine three-owner vehicle, which is now displaying an unwarranted 94,000 miles, yet was garaged for no less than 29 years by its original owner. It has apparently never been restored and is presented in its original pleasing livery of Metallic Blue bodywork, Black leather upholstery and Blue carpeting. The vendor these days regards the bodywork, paintwork and four-speed manual plus overdrive transmission as 'very good' and the 2-litre engine as 'good'. The venerable Volvo comes with an MOT valid to January 28th 2016.