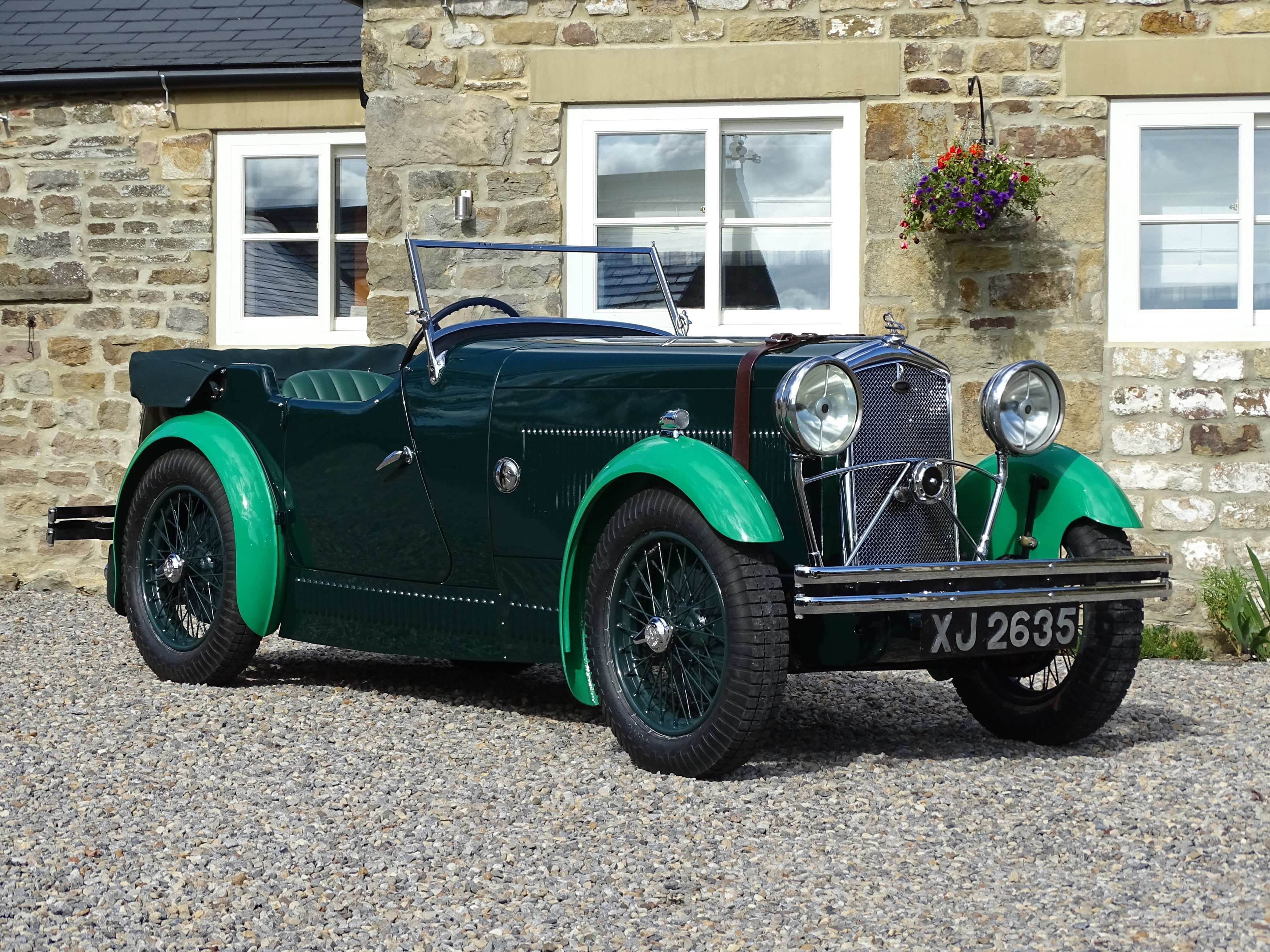 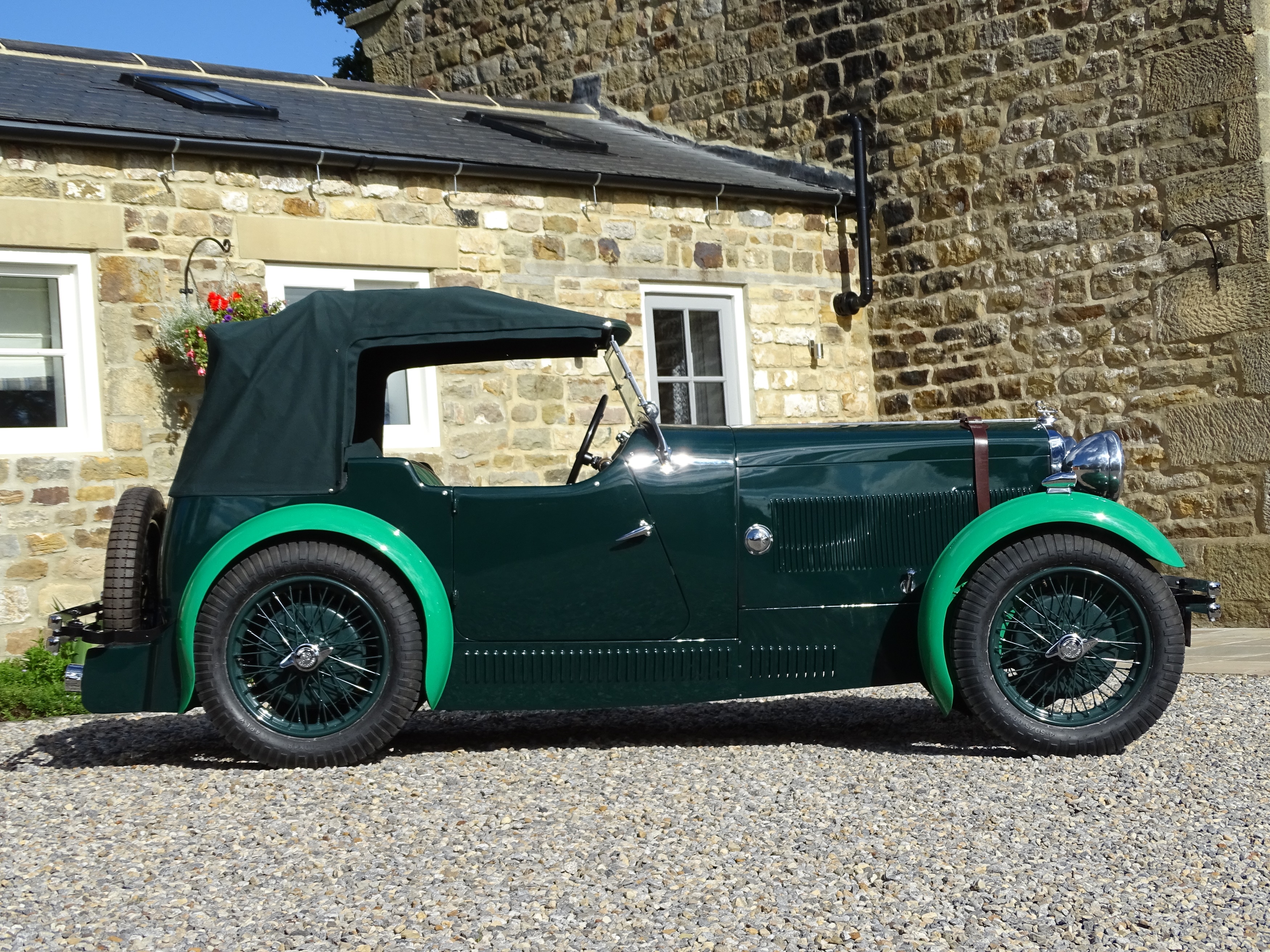 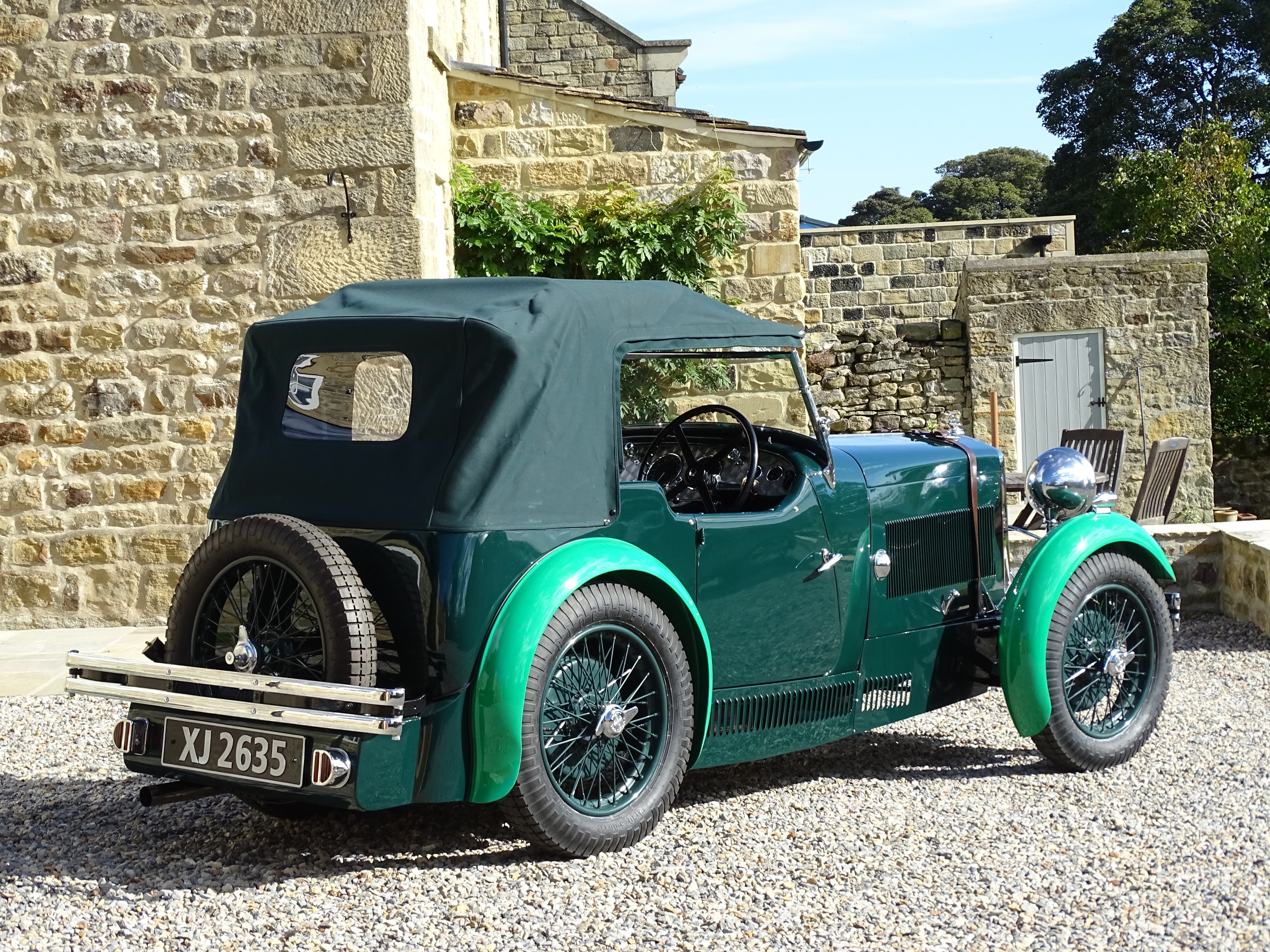 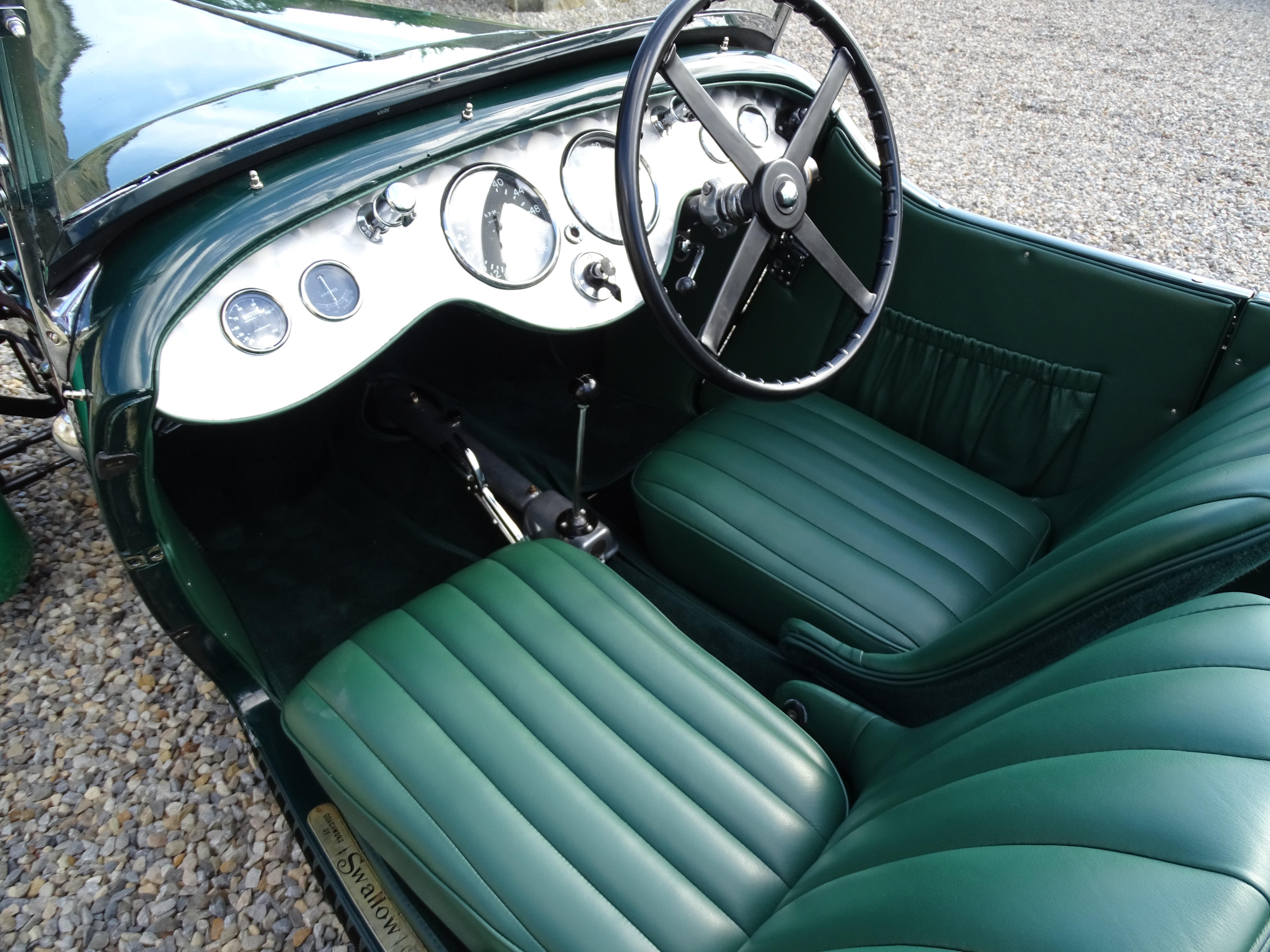 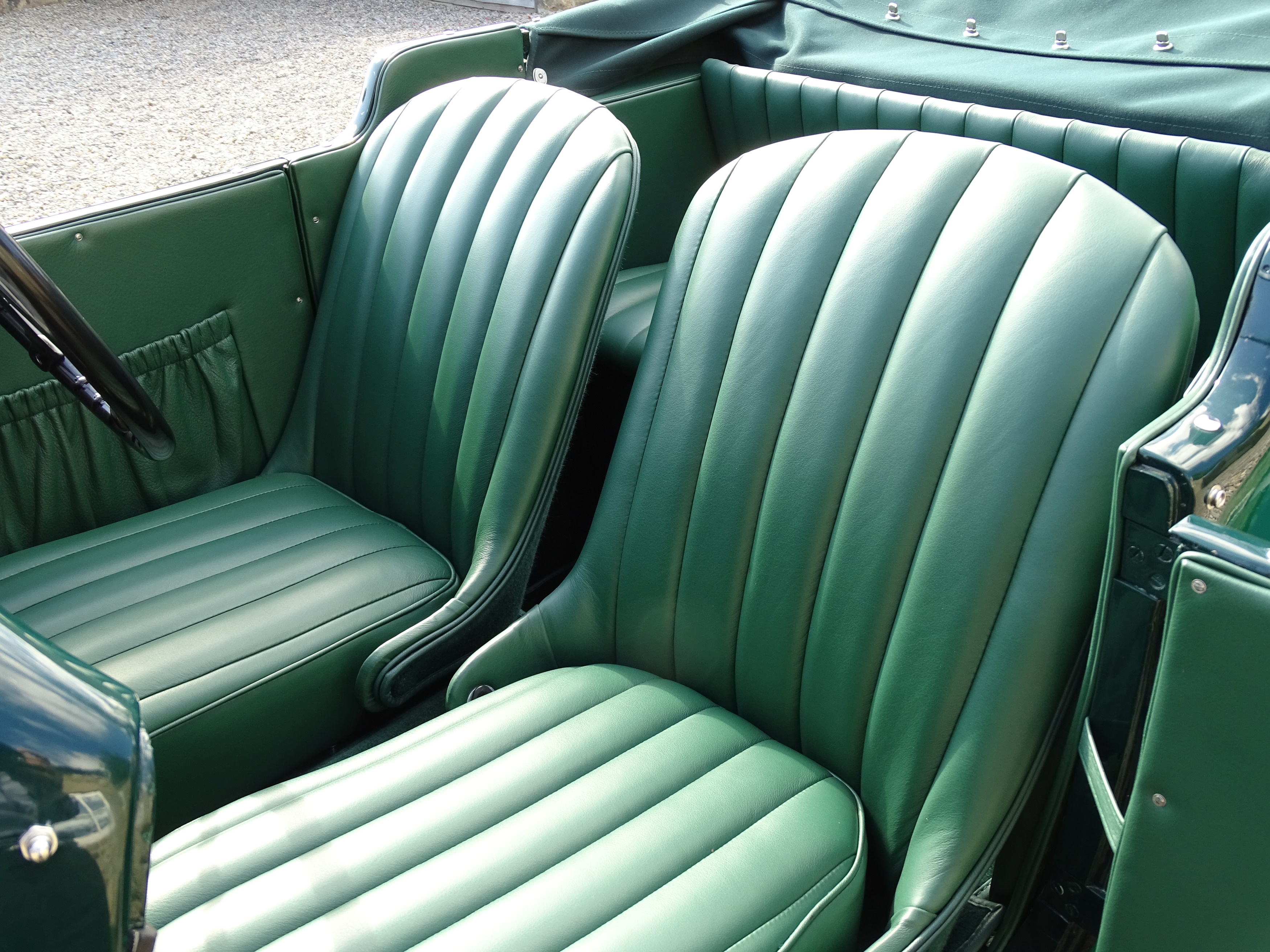 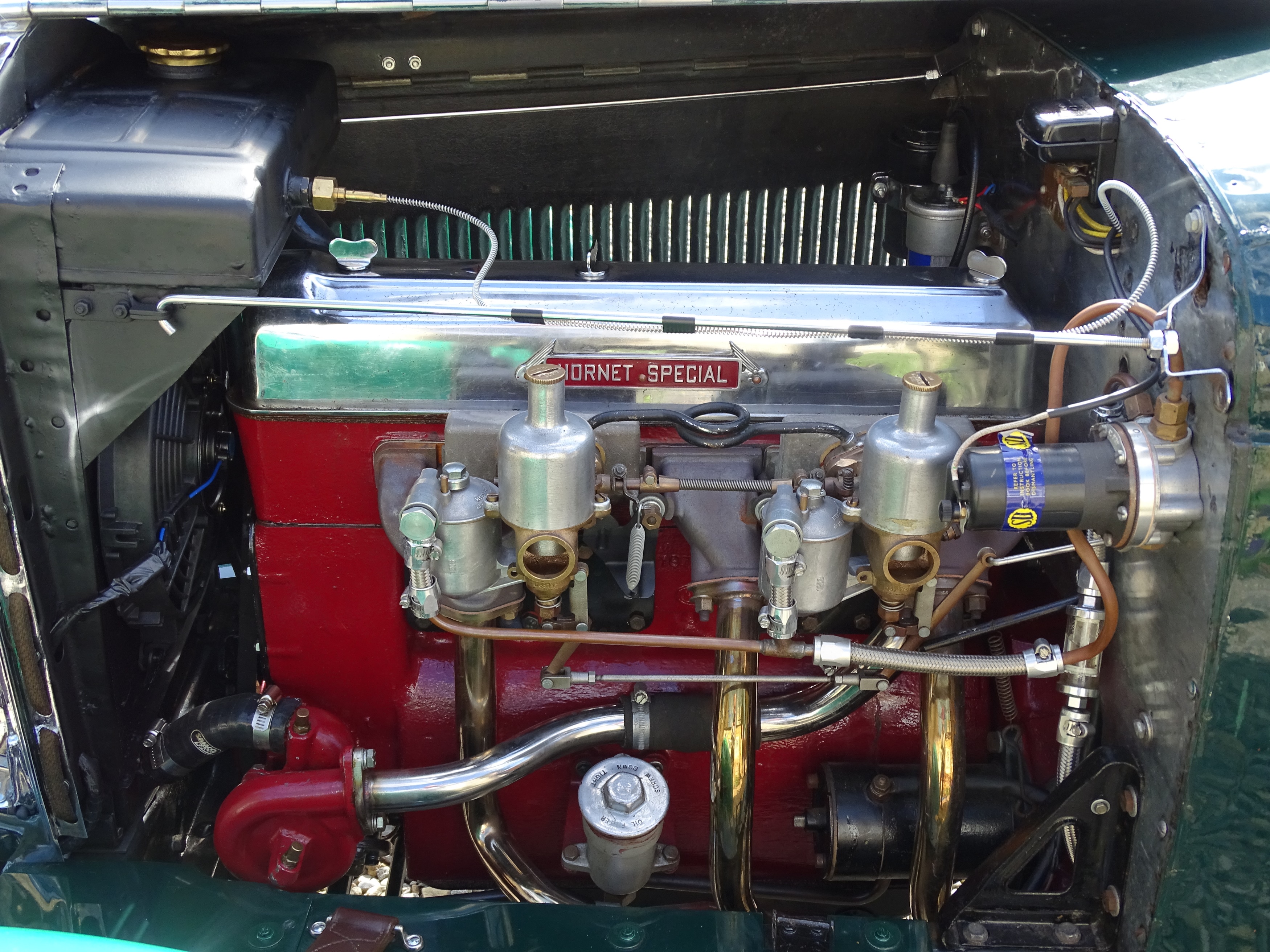 This immaculate Swallow-bodied two-seat Tourer was purchased new from Parkers of Bolton/Manchester off their stand at the 1932 Northern Motor Show, and has apparently remained in the North of England throughout its life. It is understood to be one of only 185 such examples produced and had just five owners from new. In something of a coincidence, the vendor acquired the car in 2014 from a Brian Laurance, not realising that their paths had crossed paths through work many years before. It has self-evidently been the subject of a comprehensive restoration that was carried out by the Carrosserie Car Company of Barnard Castle, who are renowned for the refurbishment of vintage vehicles. It was treated to a new ash frame and valences before being finished in the contrasting combination of Dark Green bodywork and Candy Apple wings, while the brightwork was all rechromed and new wiring loom fitted. The engine was fully overhauled, during which an uprated camshaft and 123 electronic ignition system were installed. Aldridge Trimming were responsible for the complete rejuvenation of the interior plus replacement hood, tonneau and hood bag, and the Wolseley now rides on new colour-keyed wire wheels shod with Blockley tyres plus all chassis stiffening and engine lubrication modifications completed as per club recommendations.

The vendor was responsible for the final fettling of this now splendid Hornet, and unsurprisingly currently considers the bodywork, paintwork, interior trim, engine and gearbox to all be in ‘excellent’ order and is now selling ‘XJ 2635’ complete with original brown log book and owner’s handbook, Heritage Certificate, and collection of invoices.

The vogue for creating small cars of big performance pre-dates today’s hot hatches by many decades, of which the Wolseley Hornets of 1930 to 1935 are ample proof. The trick was to insert small capacity six-cylinder OHC engines into unsuspecting modified Morris Minor chassis and then provide them with relatively lightweight bodies and wheels to create cars with considerably more get-up-and-go.