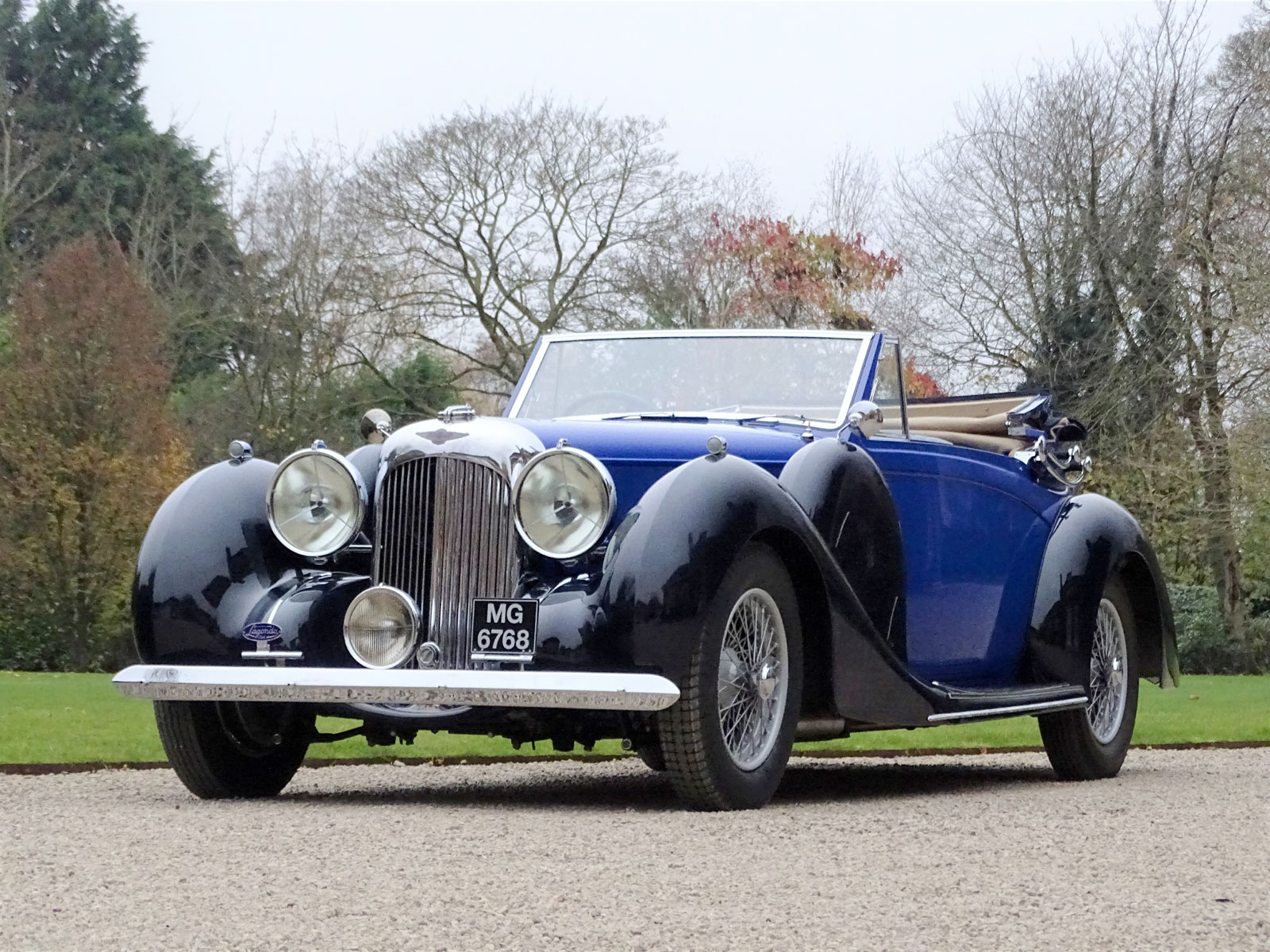 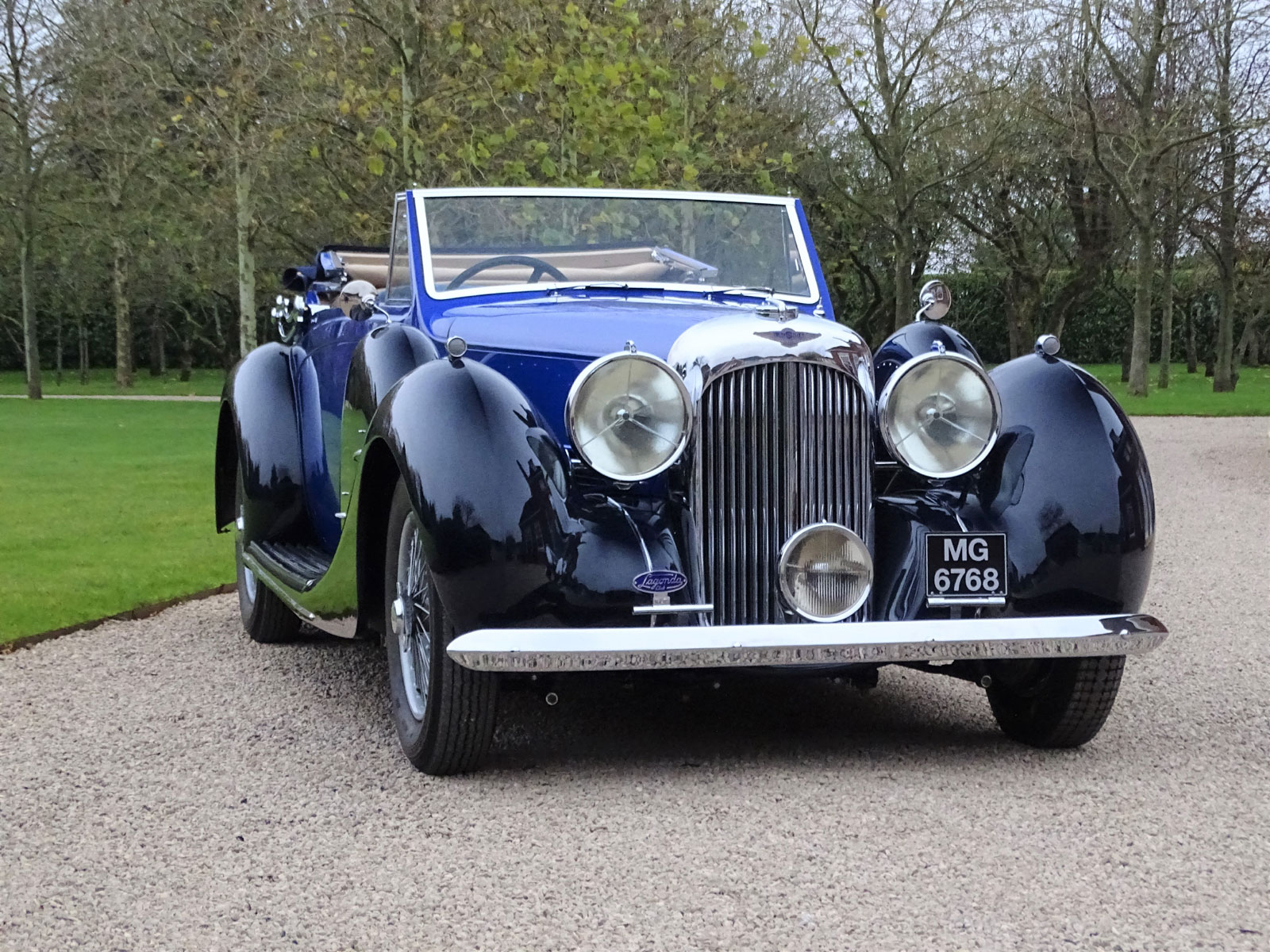 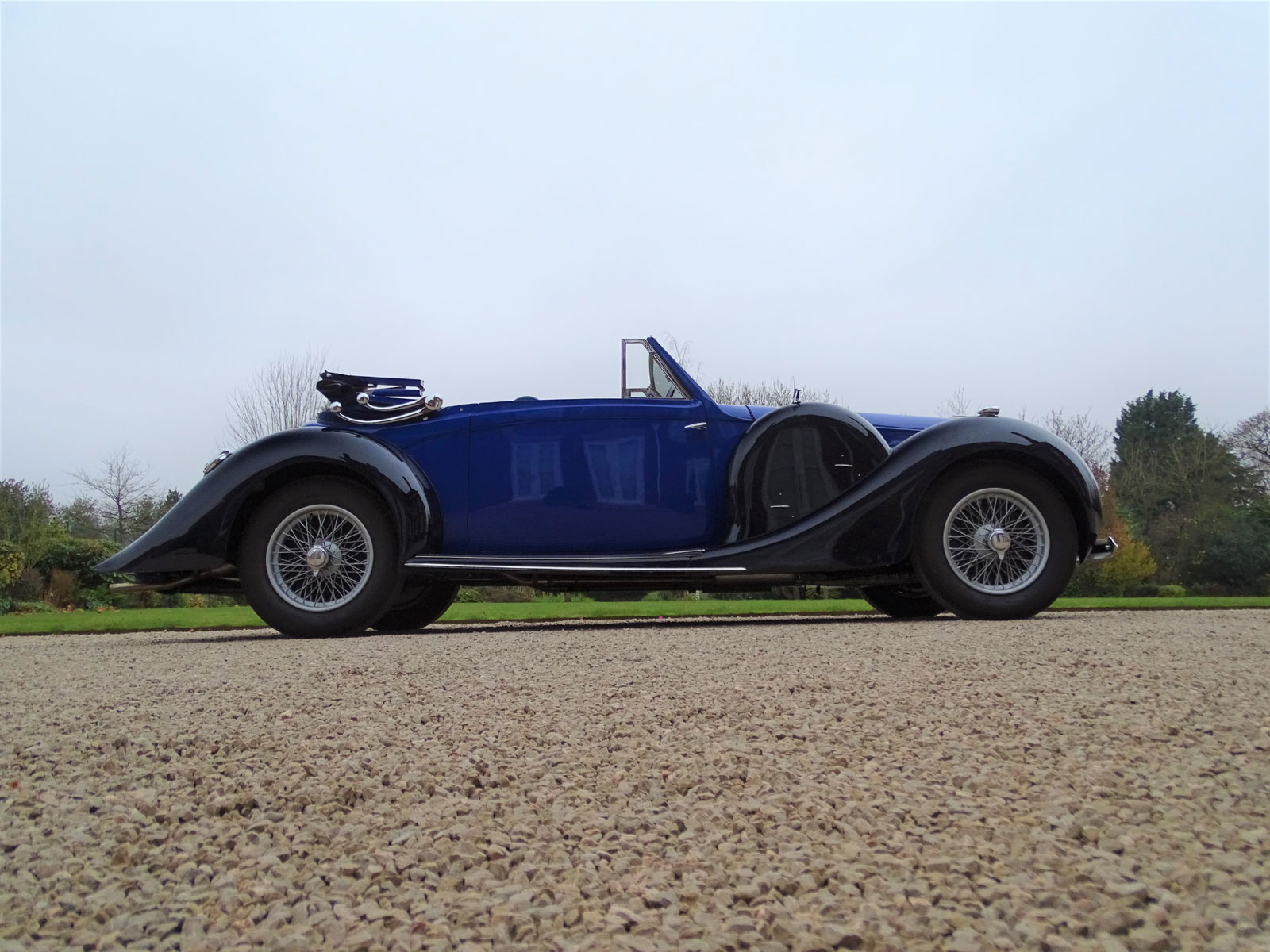 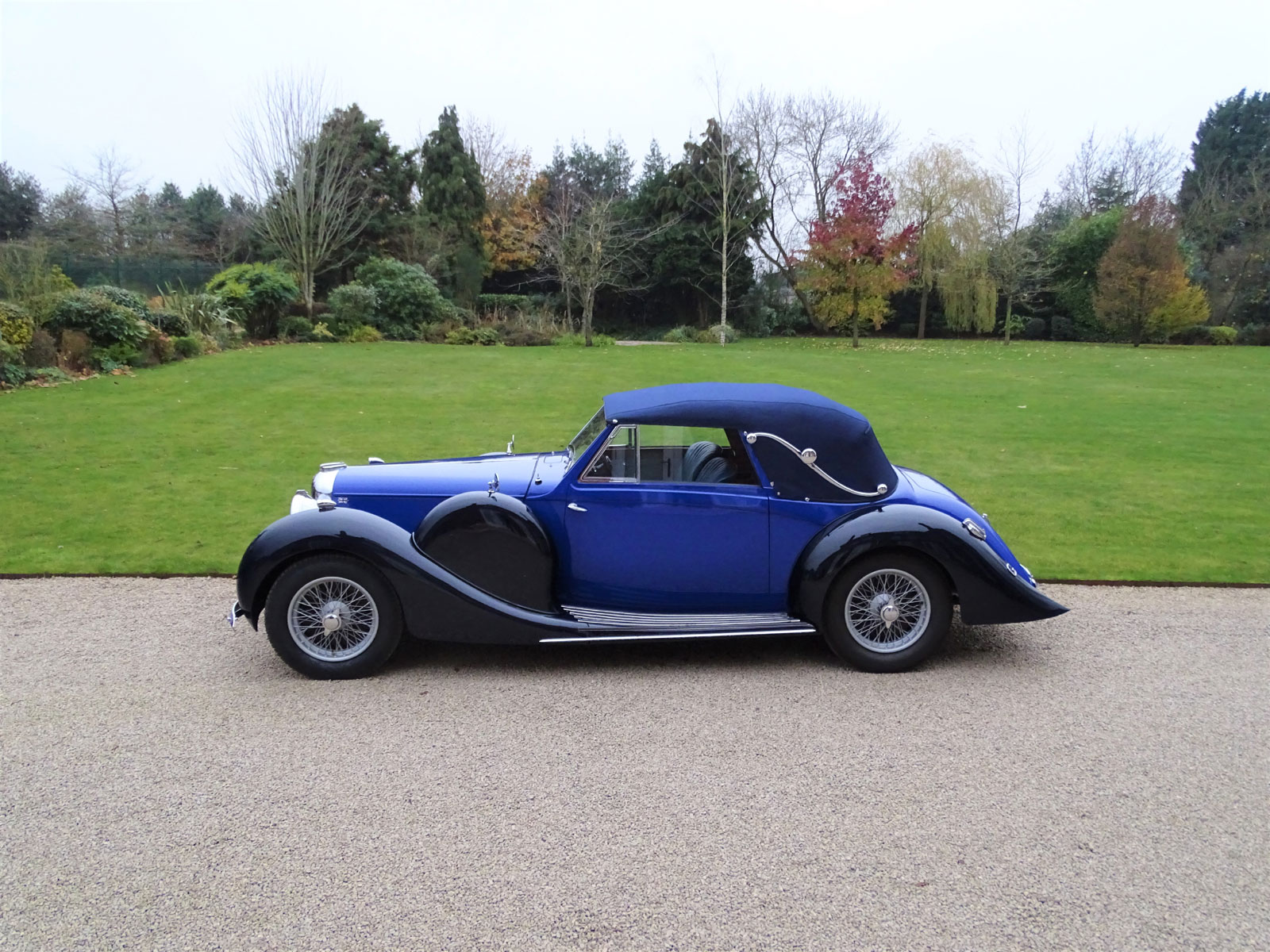 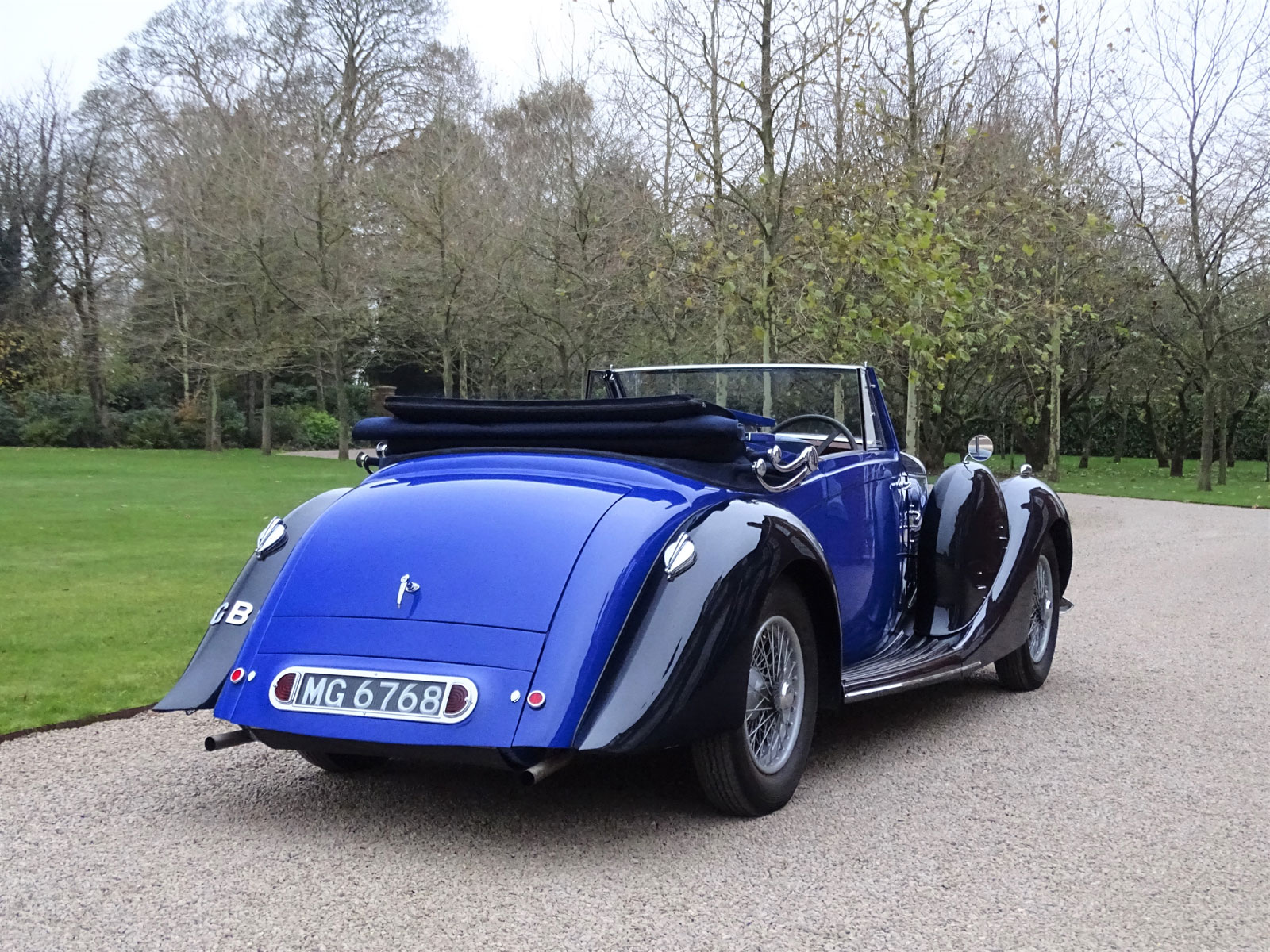 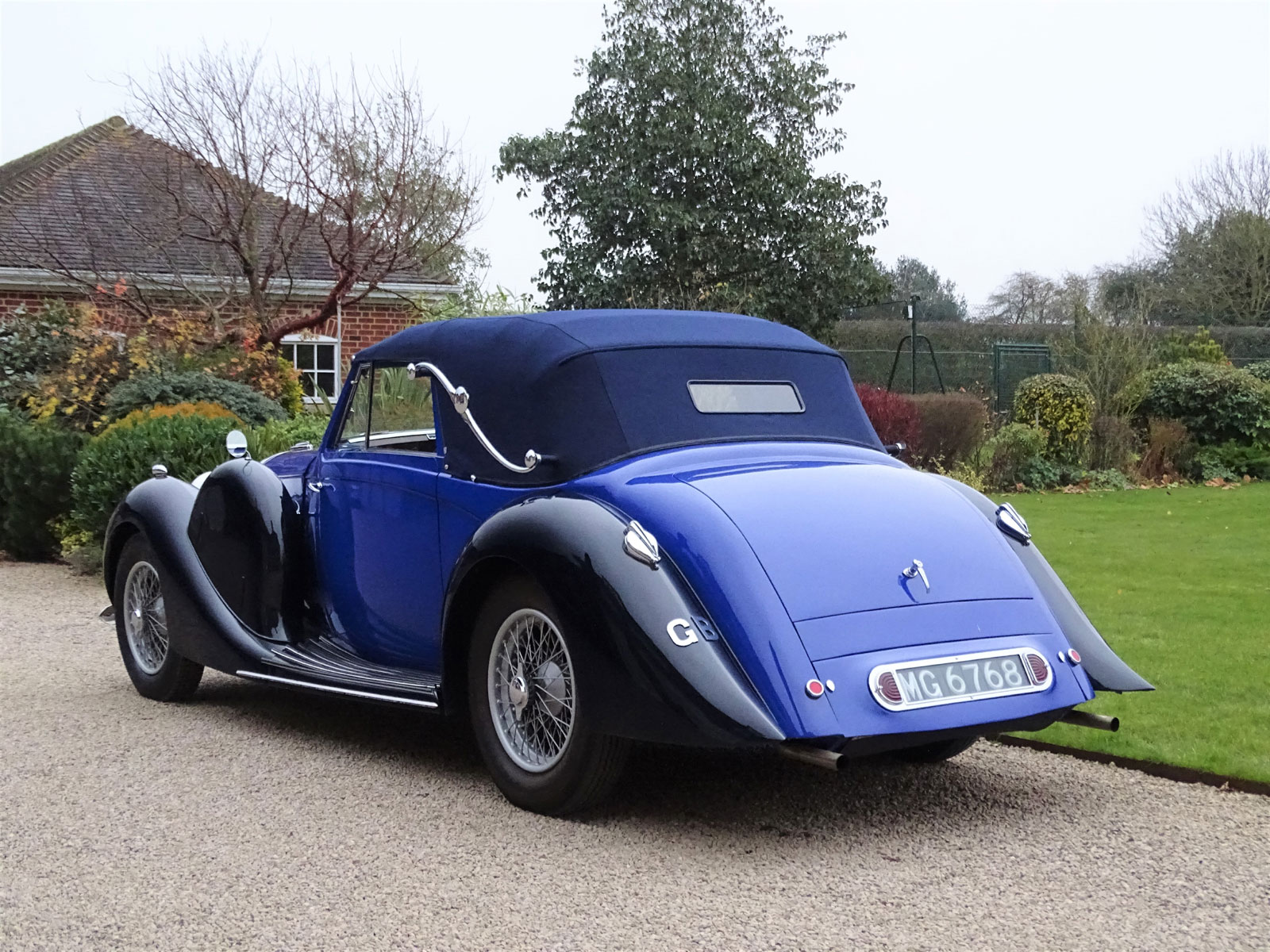 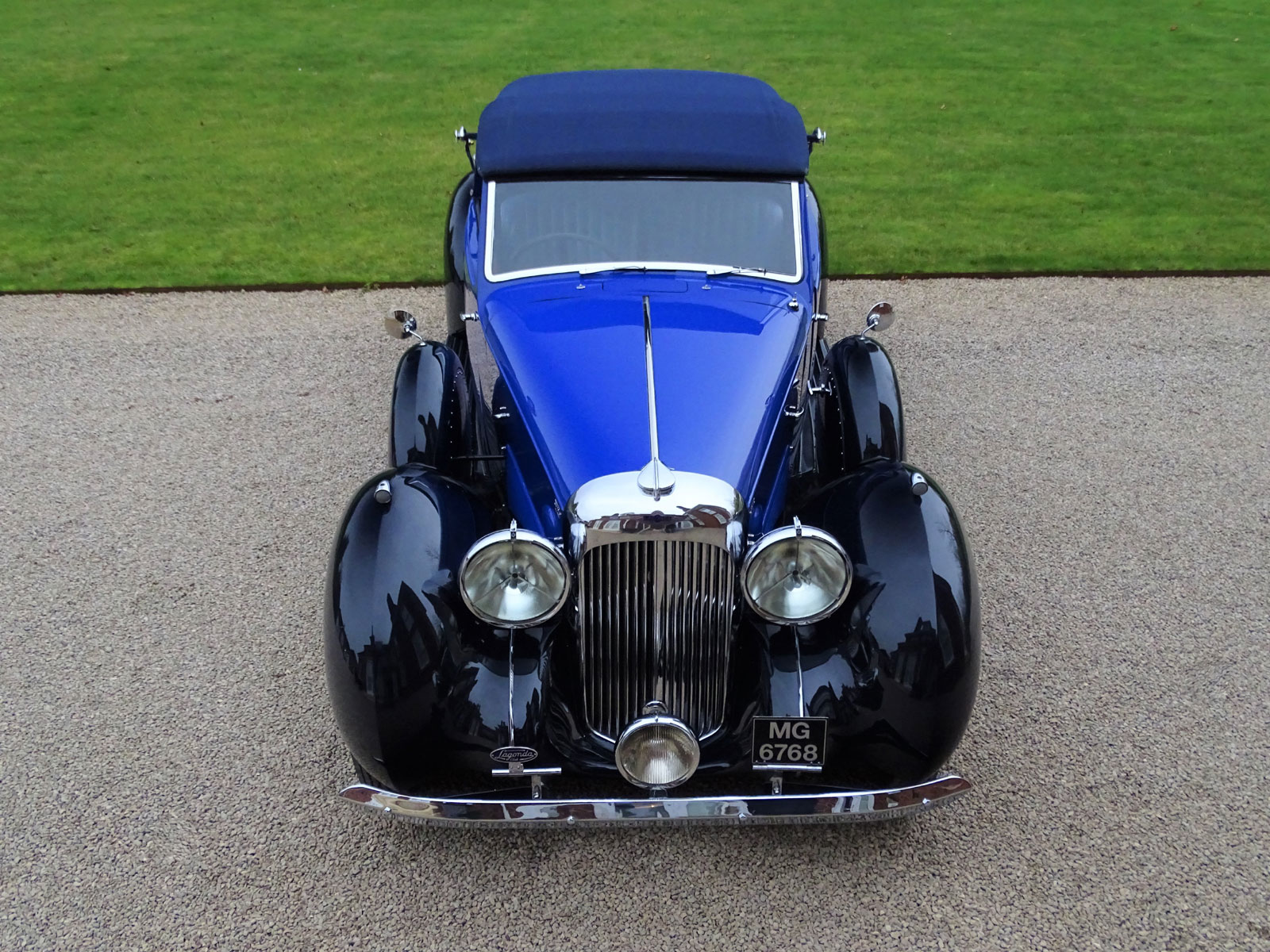 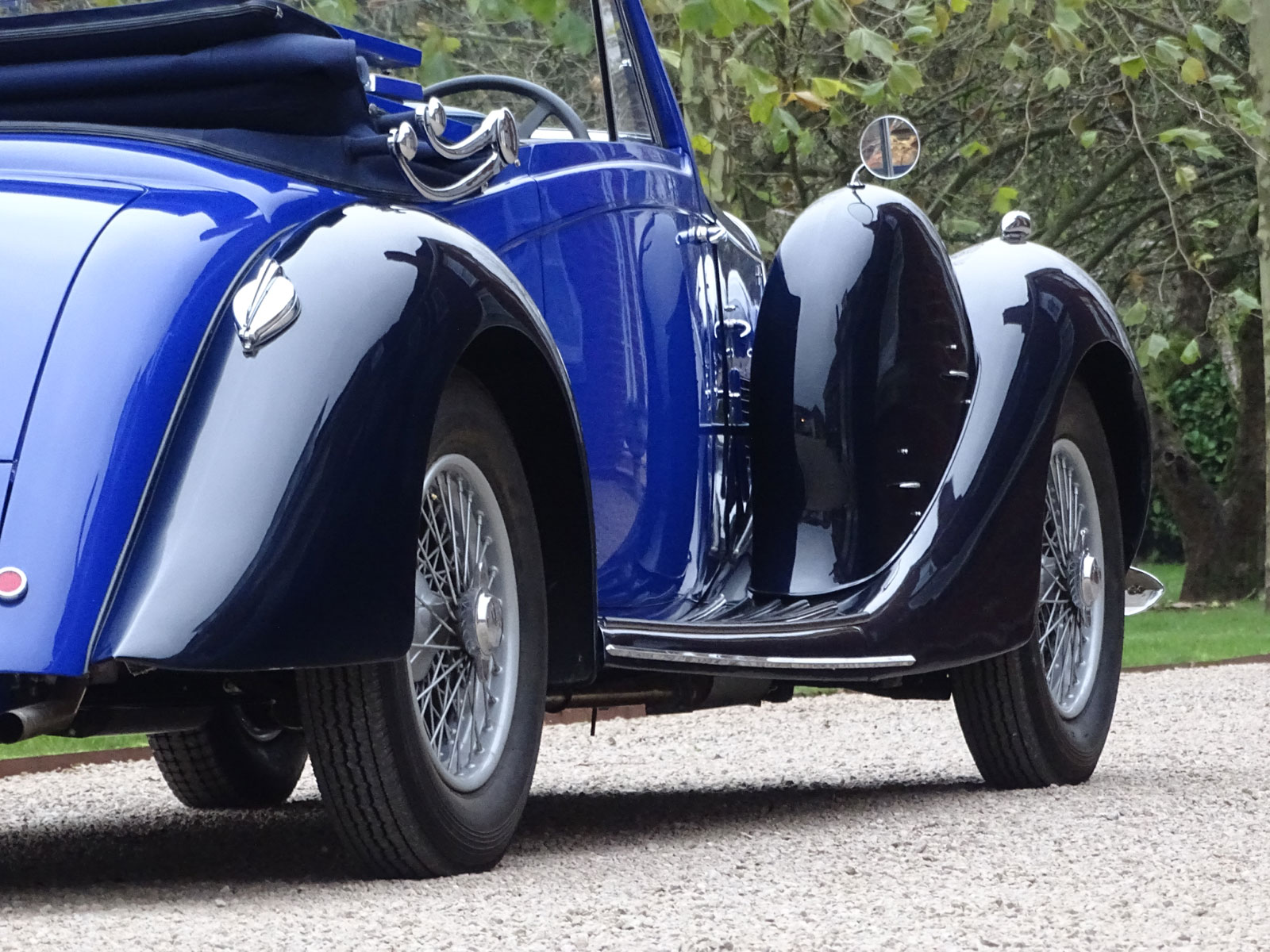 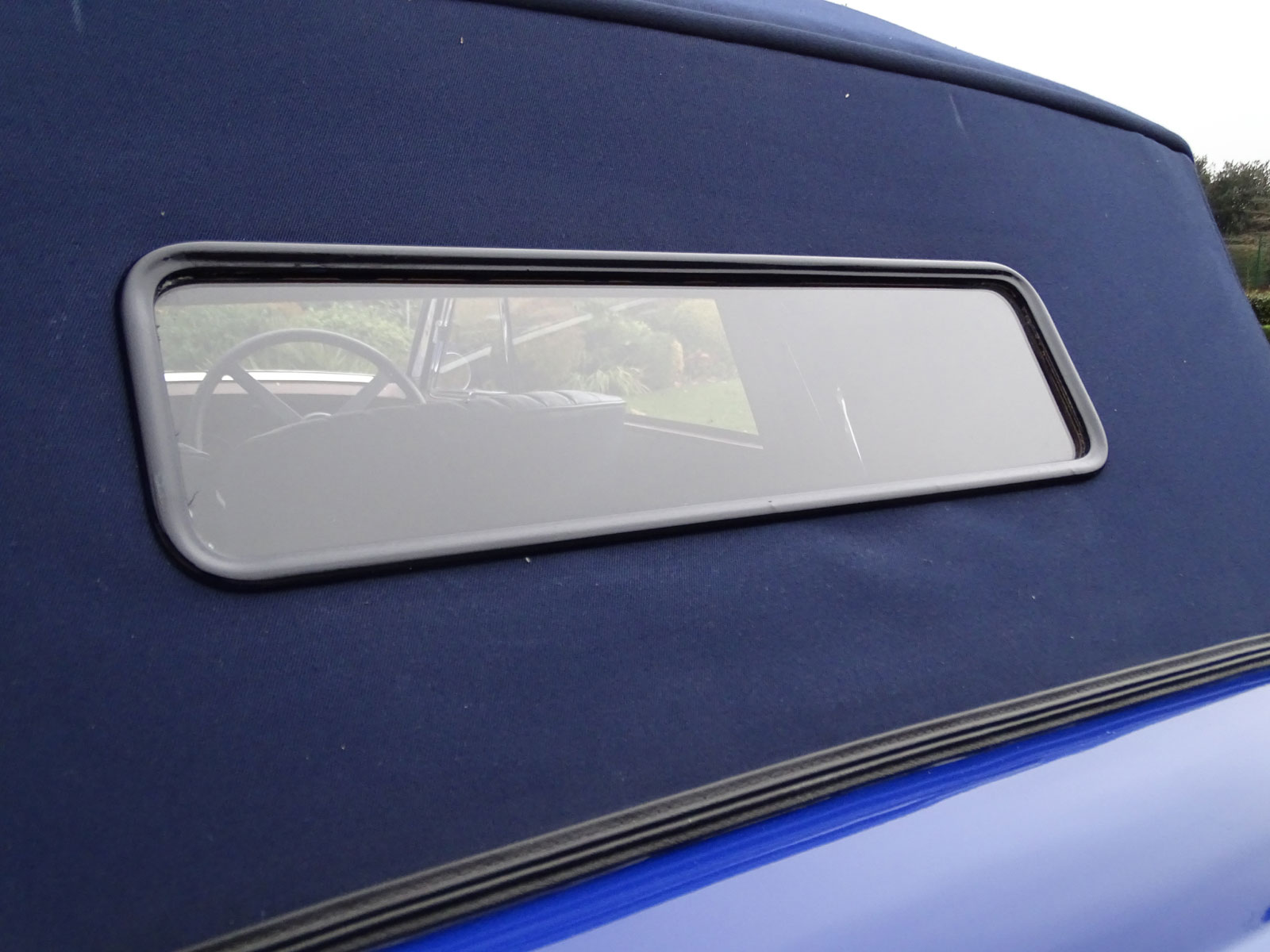 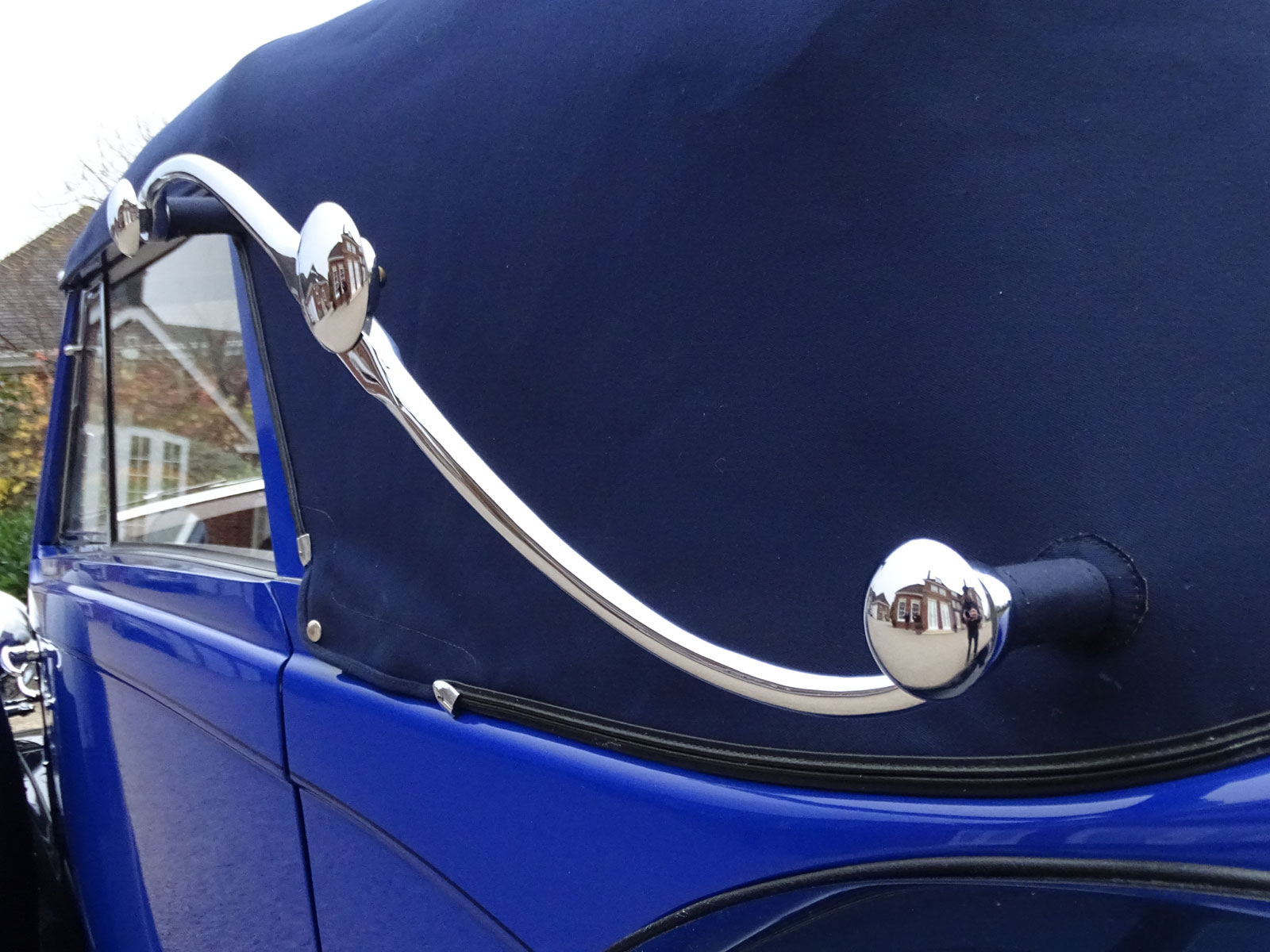 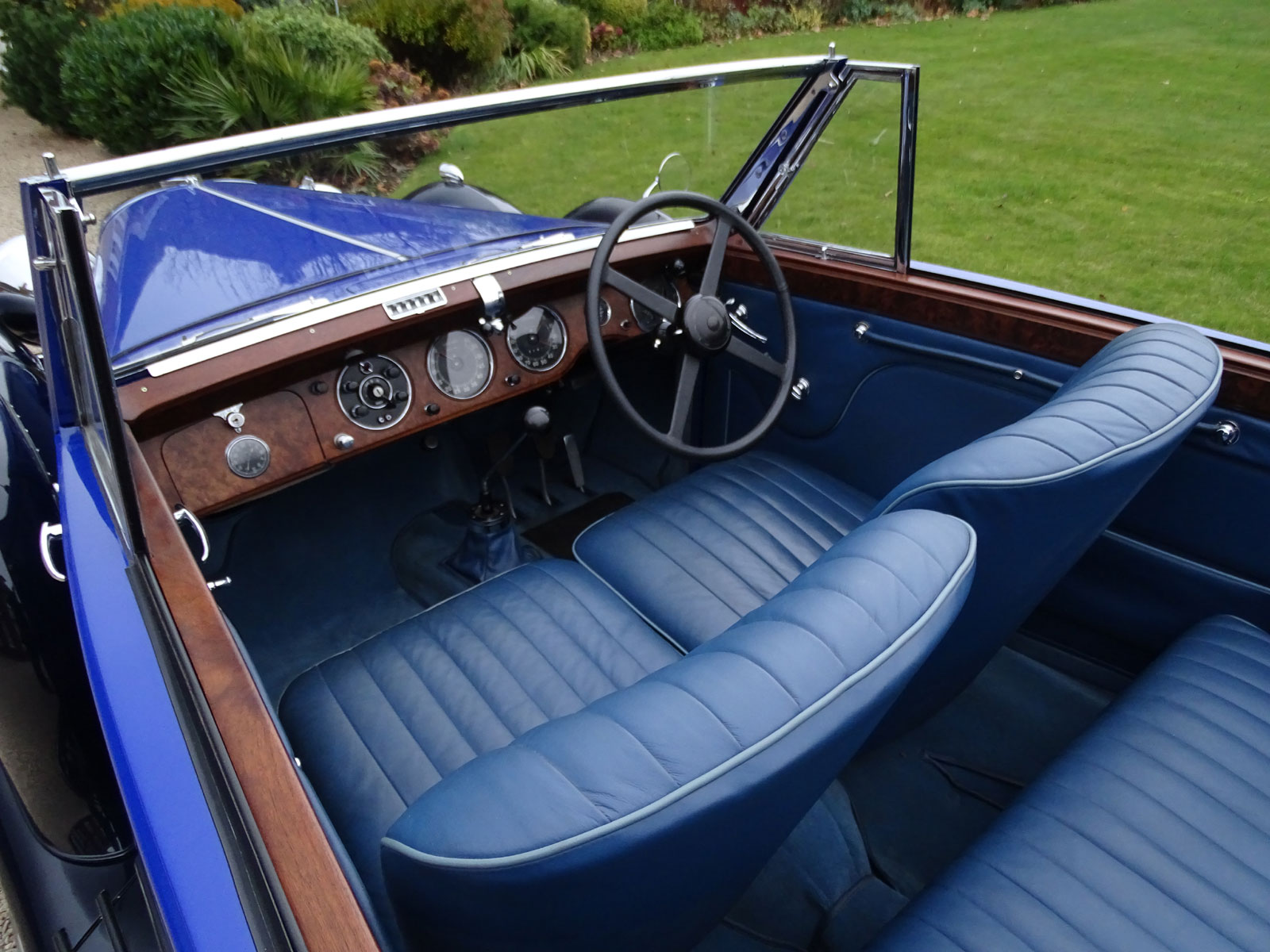 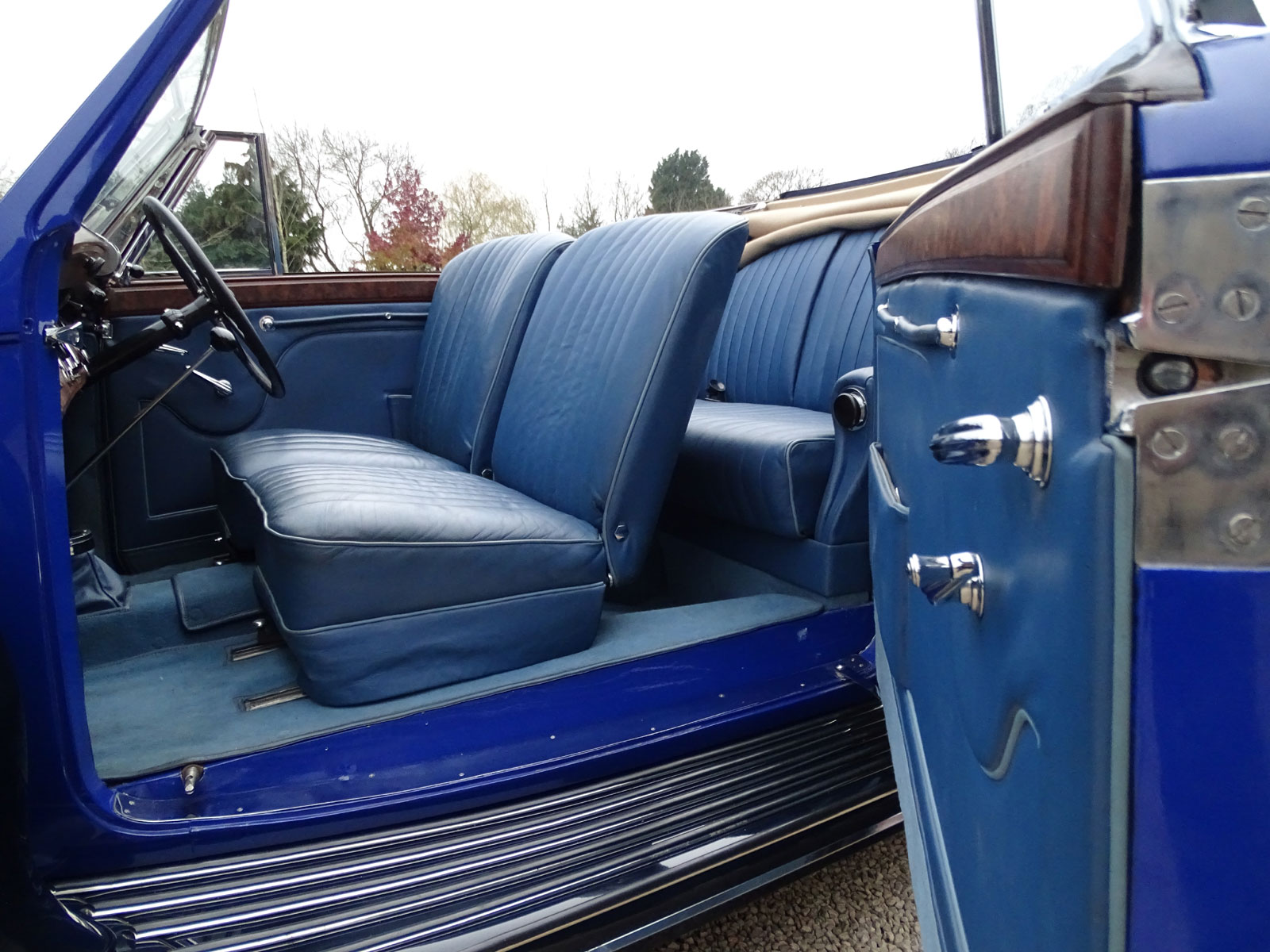 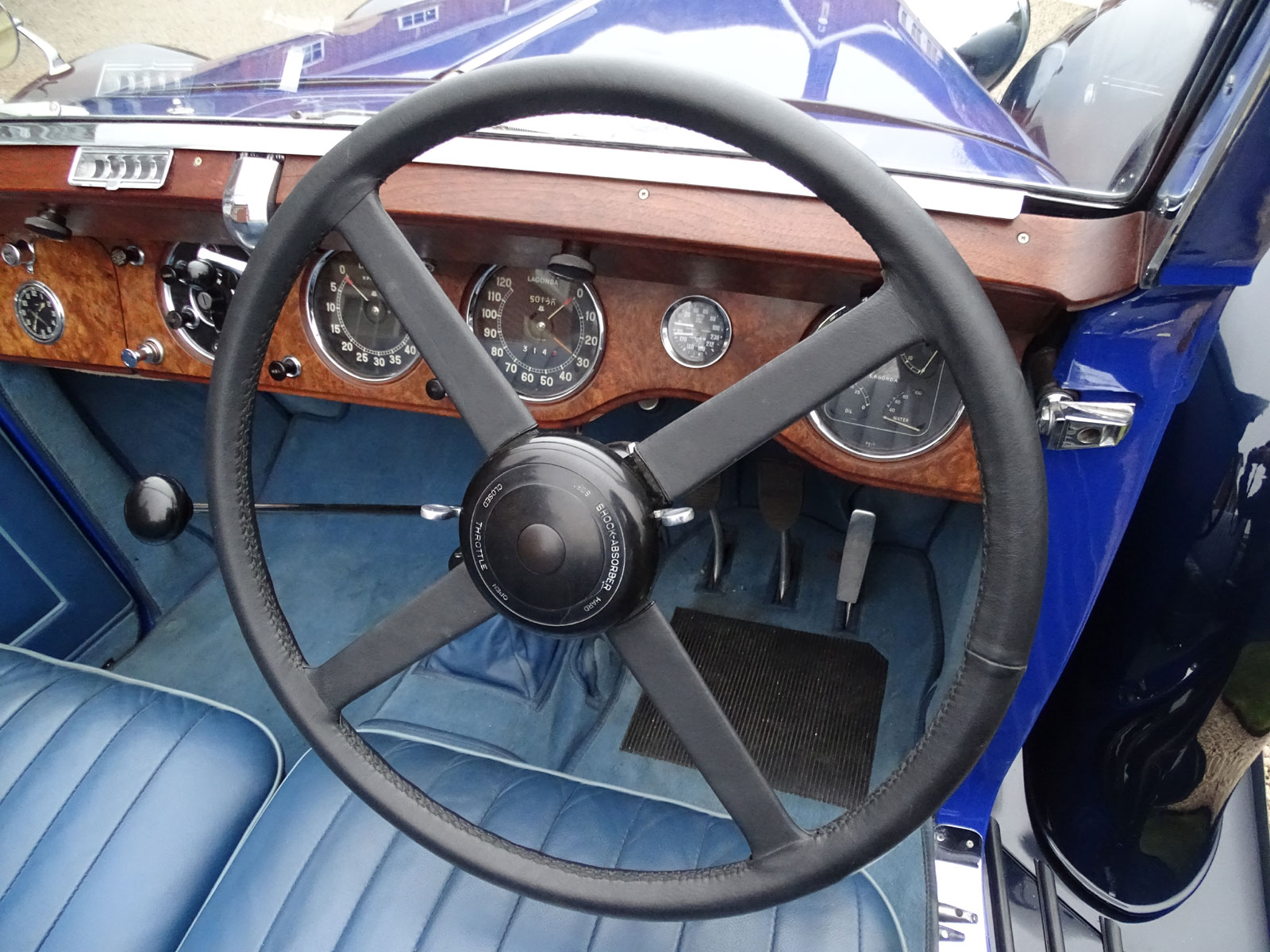 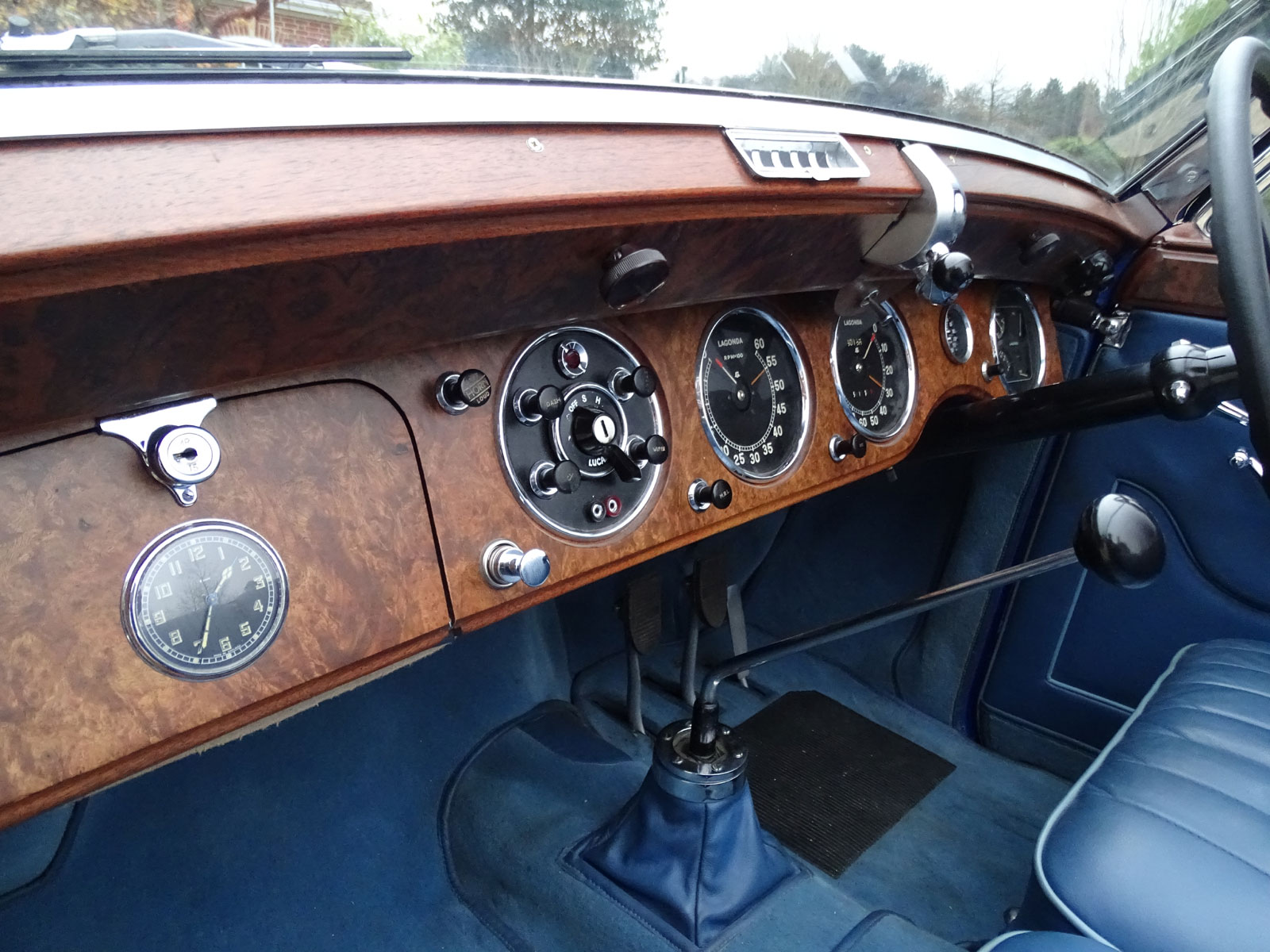 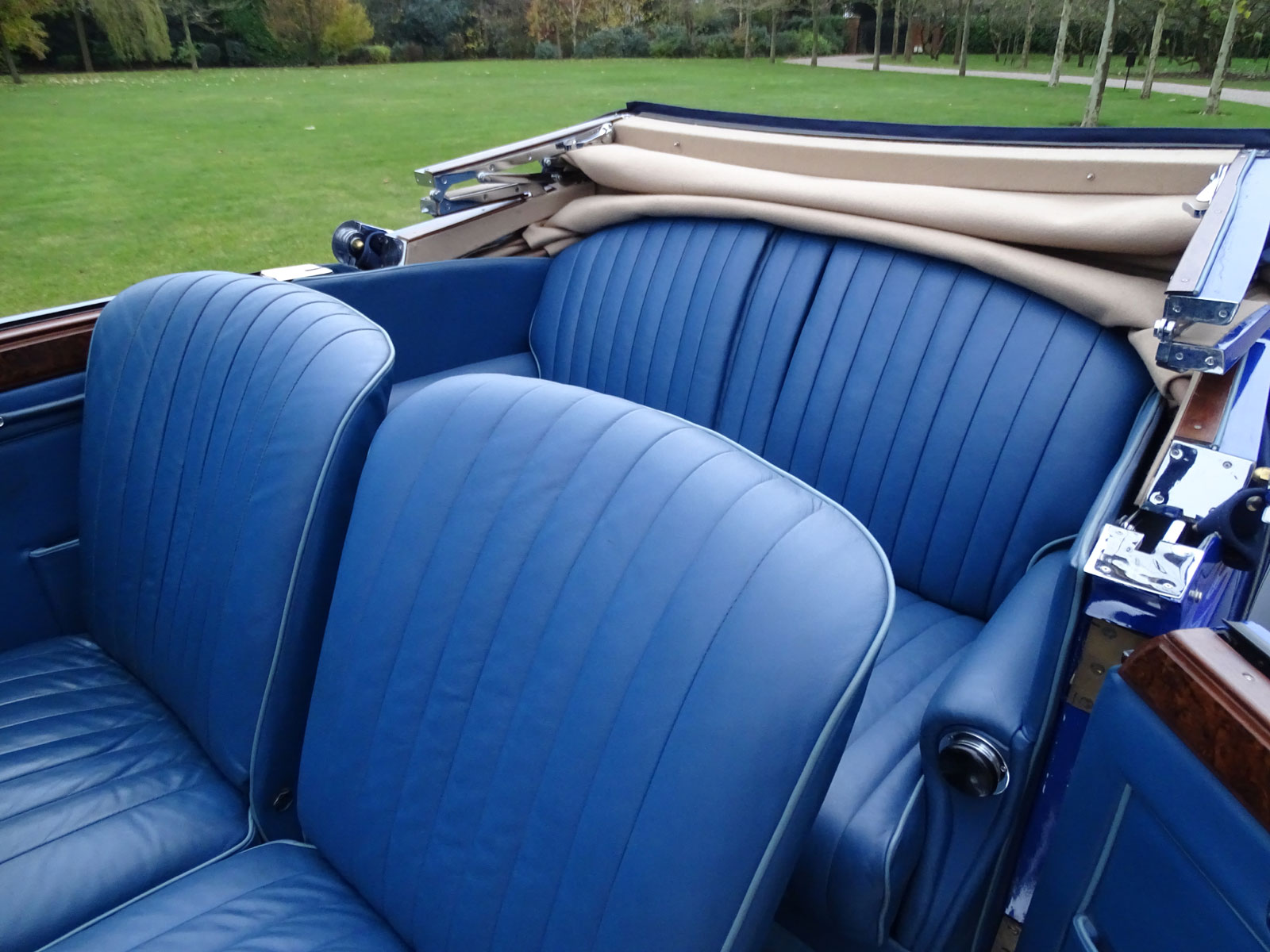 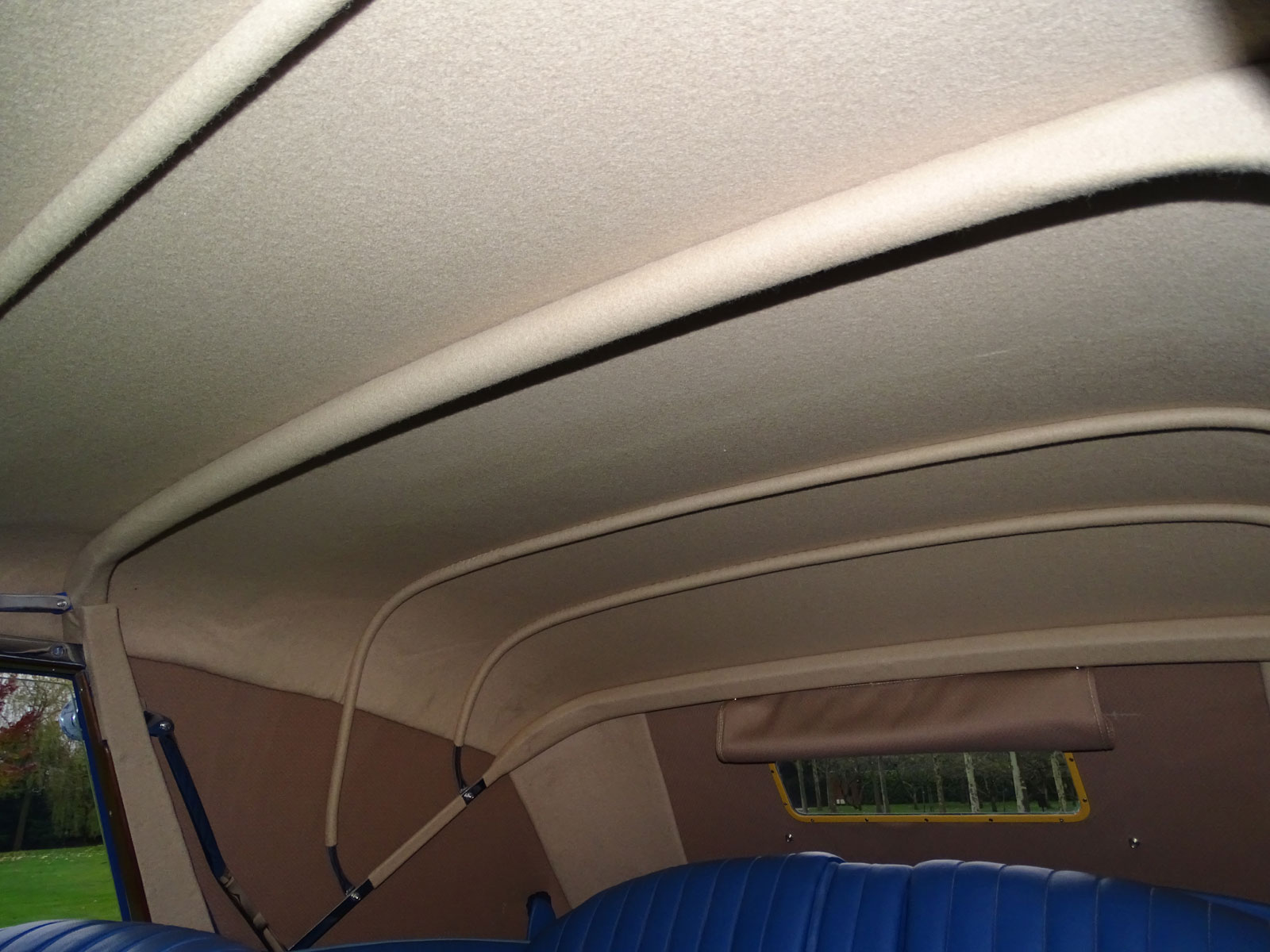 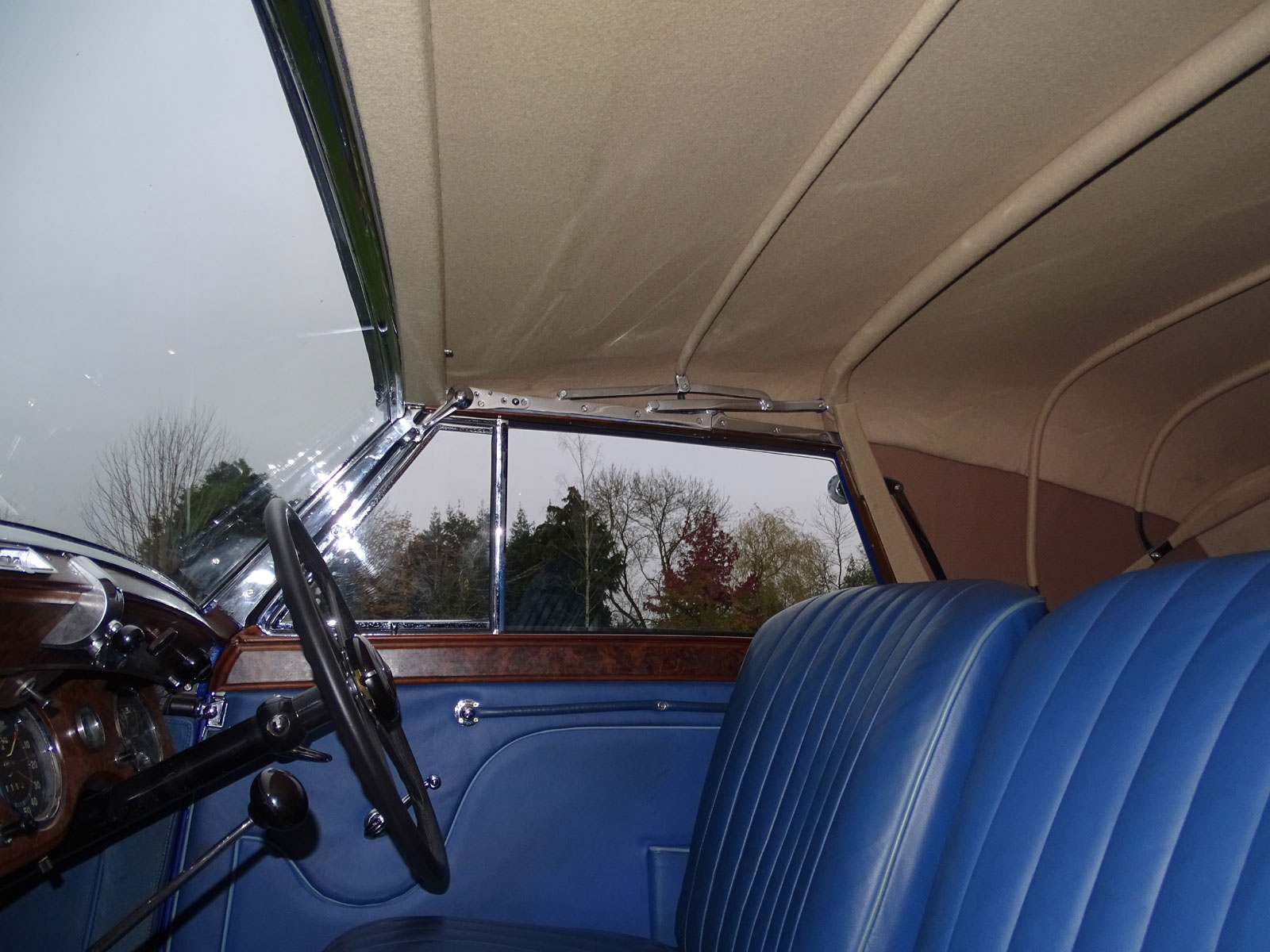 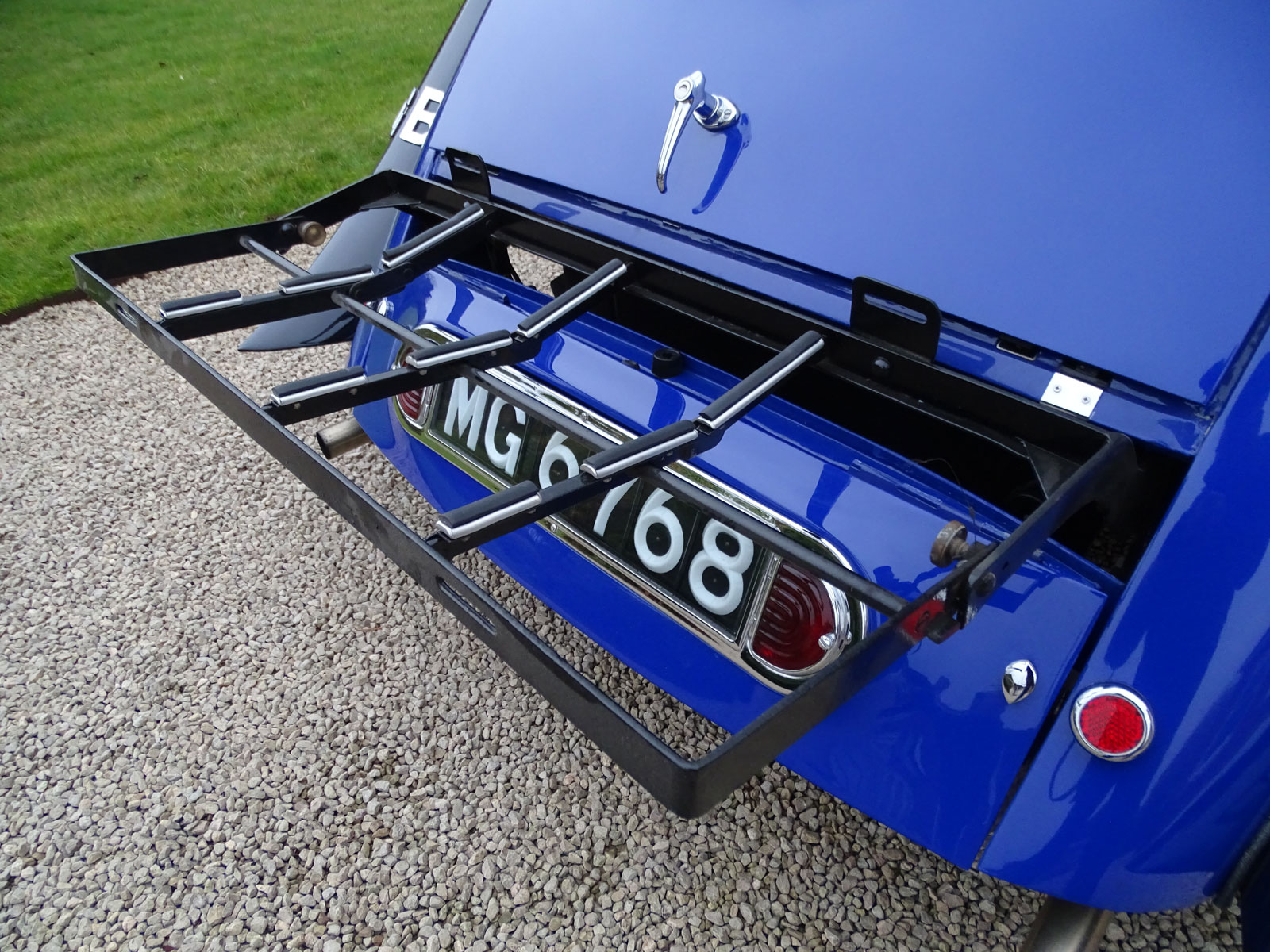 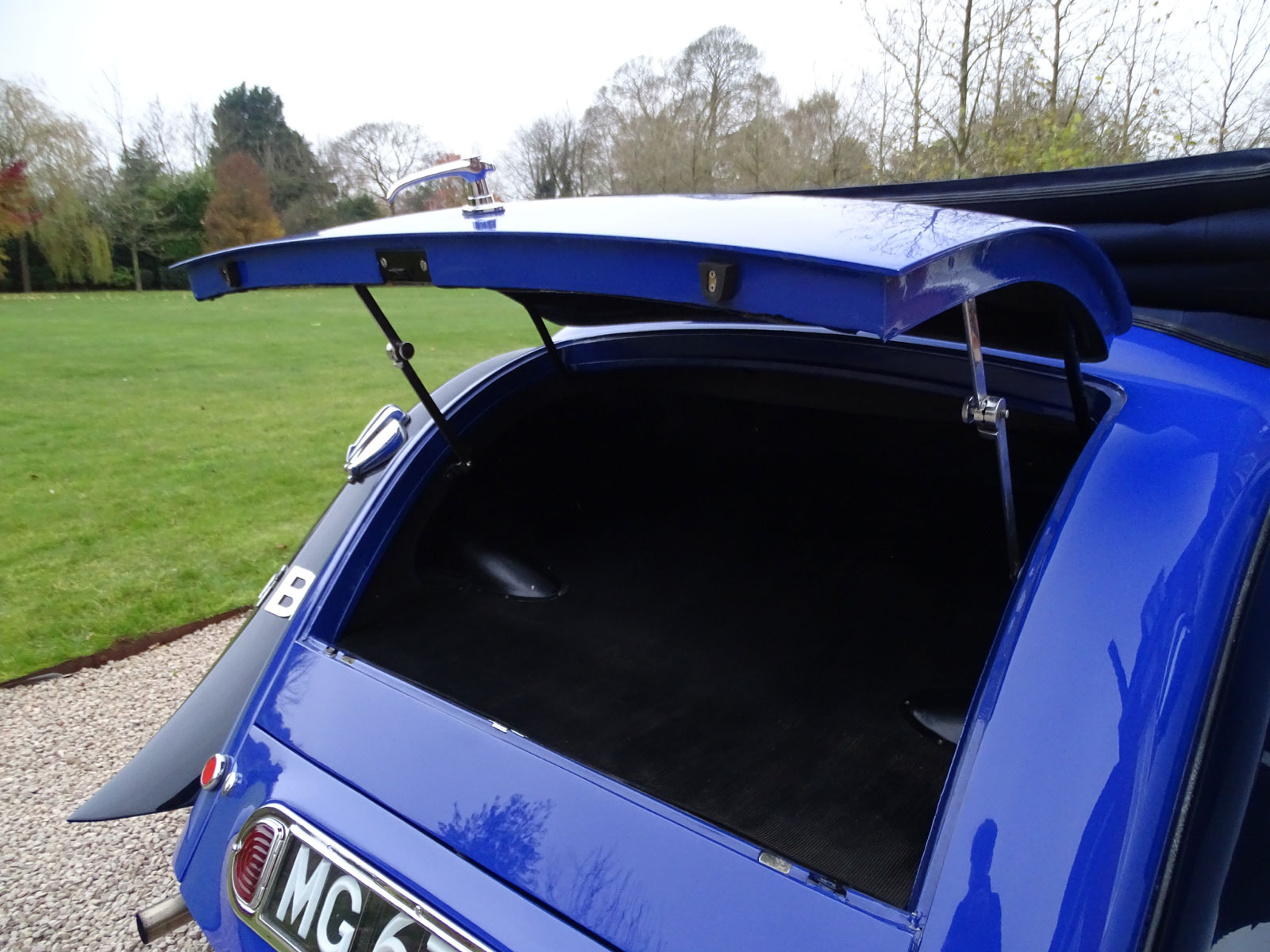 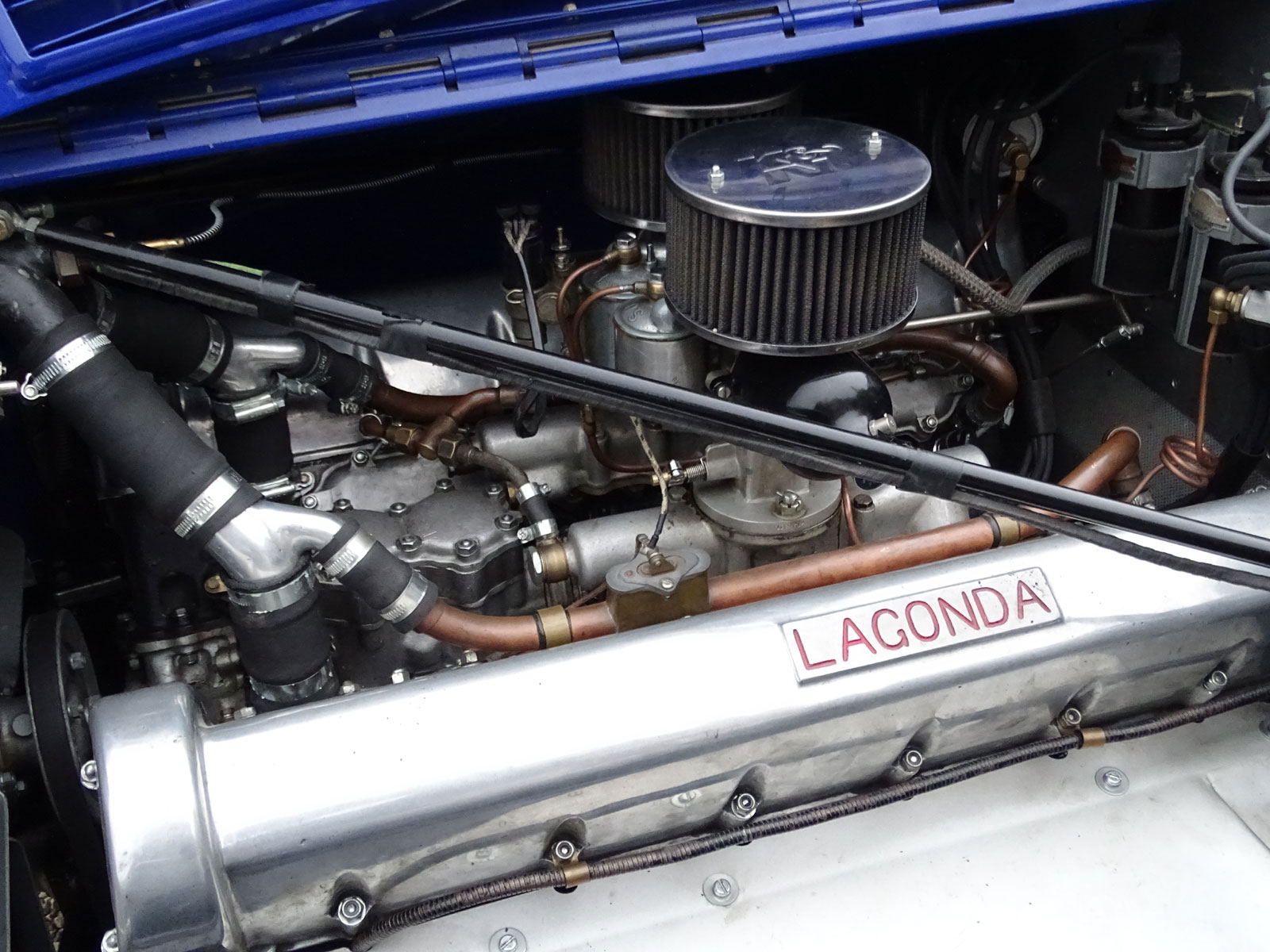 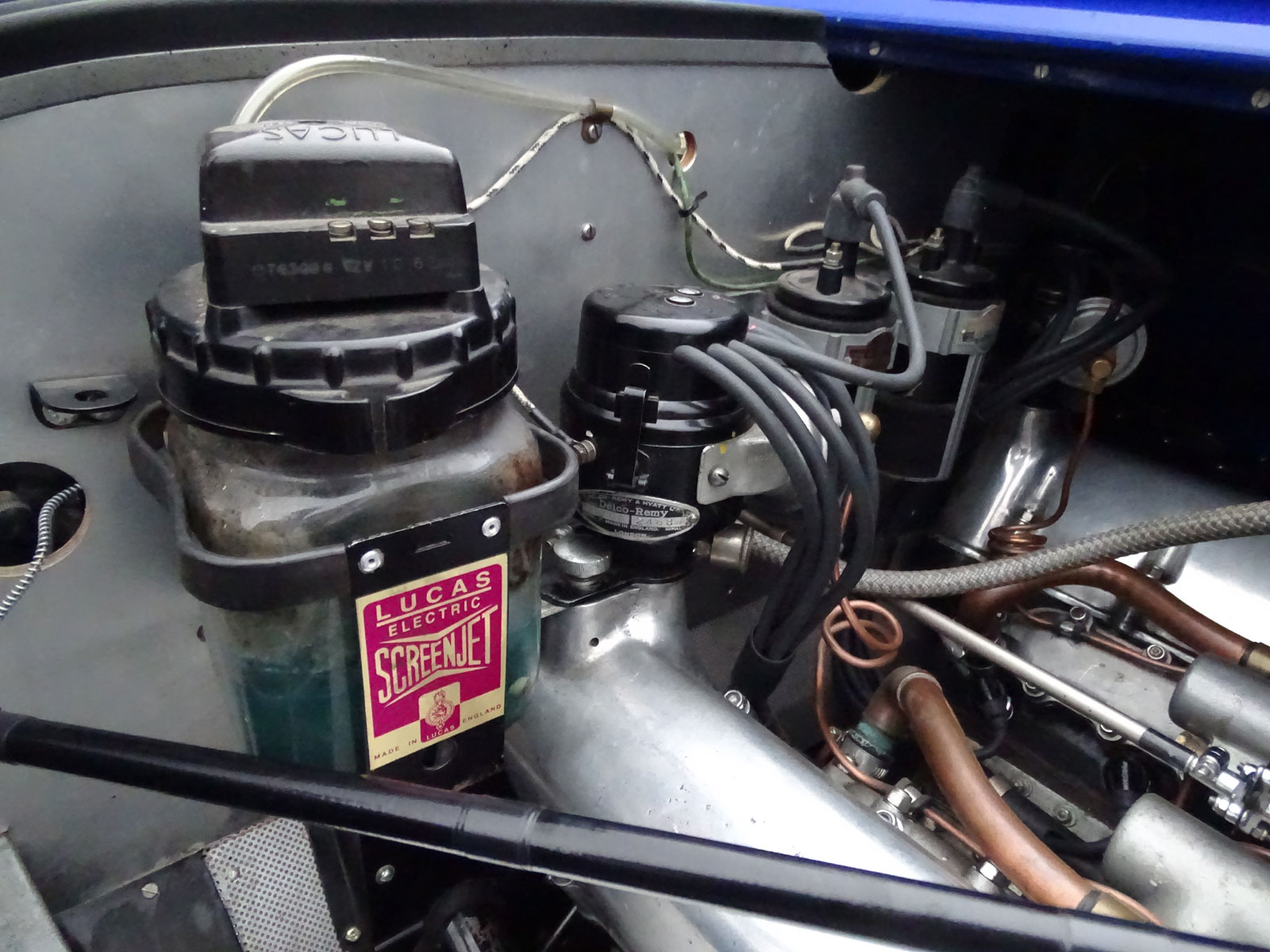 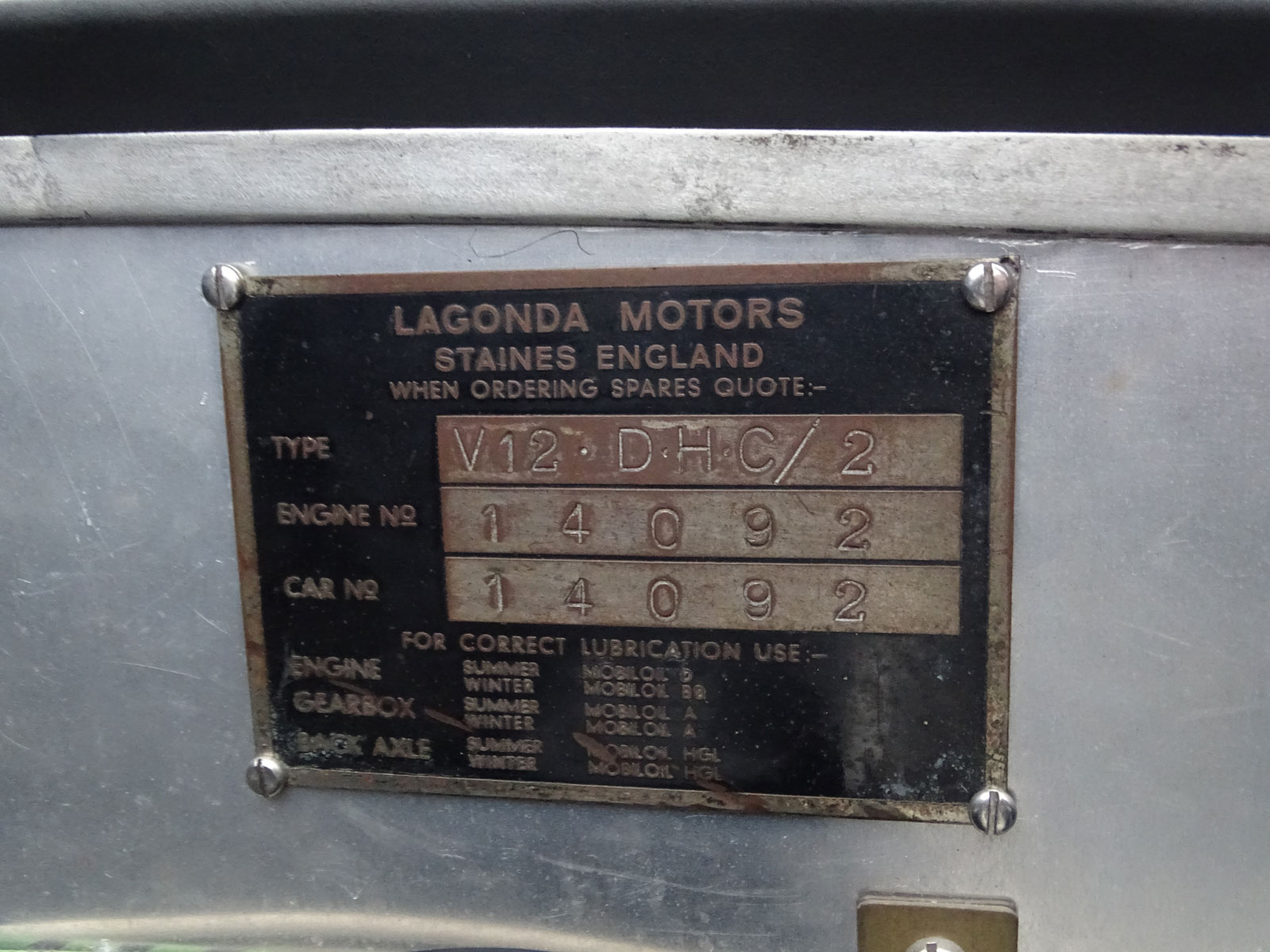 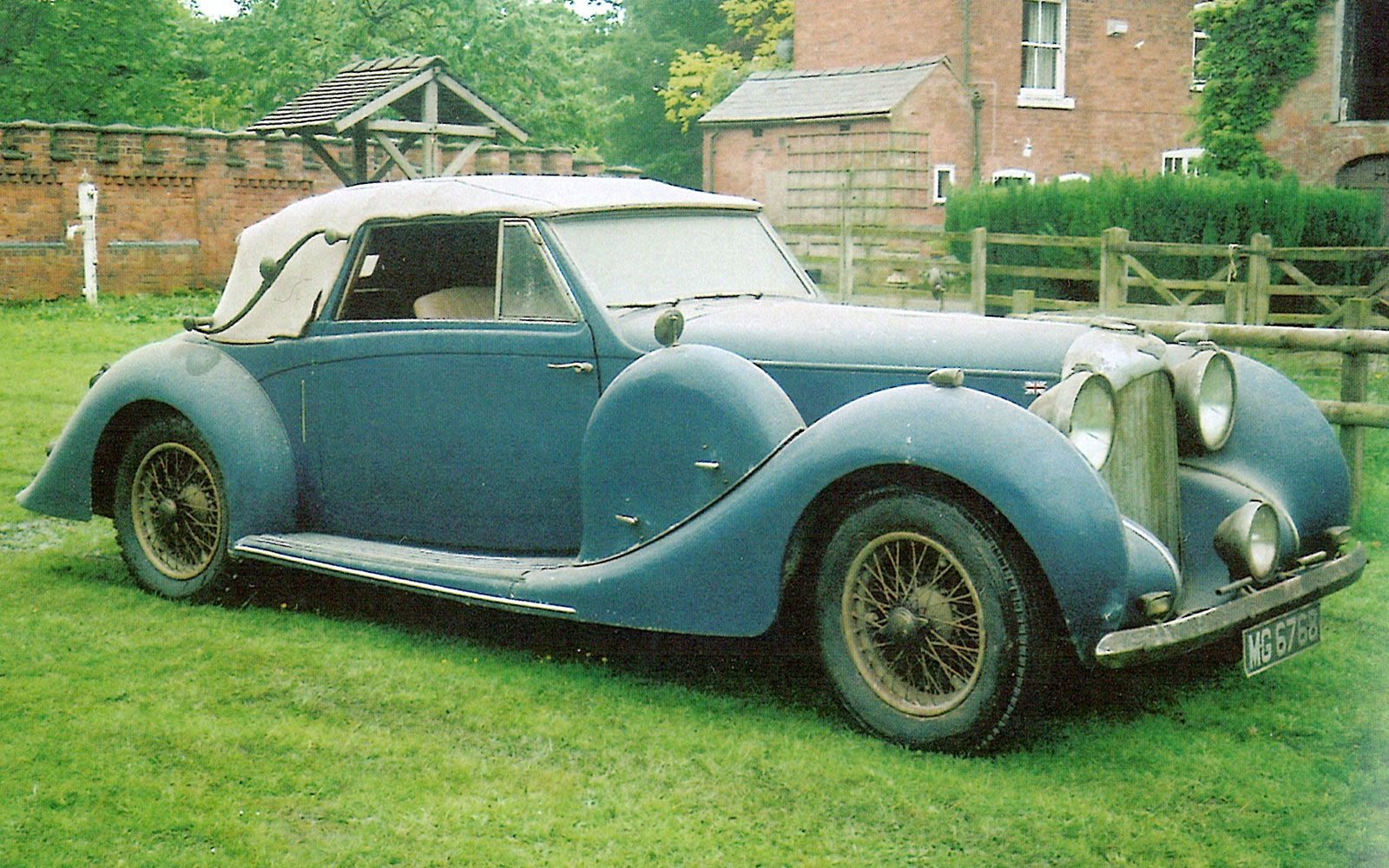 Still covered in protective wax when purchased by Alfred Hill MBE via our July 2006 Buxton auction, the Lagonda soon found itself being completely disassembled down to the bare chassis for the first time since leaving the Staines factory. Stripped to a bare block, the engine was thoroughly overhauled with new parts including: crankshaft, con-rods, forged pistons, camshafts (plus associated bearings), valves/valve springs, timing chains, bearings, pulleys and various skew gears etc. The clutch was renewed and the G10 four-speed manual gearbox rejuvenated with fresh bearings and sundry synchro hubs. The suspension was reconditioned with new bushes and attention paid to the torsion bars, rear leaf springs and dampers. The brake drums were overhauled with new linings and the back plates refurbished. A new wiring loom was installed and the fuel system gone through. Ancillaries such as the starter motor, dynamo, ceramic seal water pump and carburettors were restored. Gaining a new crown wheel and pinion and differential bearings courtesy of LMB Racing, the Lagonda had its radiator and wheels/hubs reconditioned by CPA Services and Richard Bros respectively. Numerous photos on file also show the ash frame being repaired/remade and the aluminium bodywork restored to its ex-Works condition.