Looking for a BMW that offers something special? H&H Classics has three cars to offer you. ‘3’ is the magic number here.  Two cars are M3s and one would of them would be worthy of the BMW Motorsport moniker.

The first of the three is a bit special, like its owner, and was ordered new by former Olympic medalist and World Boxing Champion Robin Reid.

Sharing physical prestige and performance, this capable and exclusive 1997 M3 Evolution was customised at the time of delivery with a Zeemax ZM3 wide-body kit, Momo quick-release steering wheel, Kenwood stereo and Alpina alloy wheels at a cost of £9,000. It is finished in Estoril Blue Metallic with Grey Nappa leather upholstery, dark blue hood and a factory hardtop. Its exclusivity was picked up by 'Fast Car' magazine, which featured the car.

Also standing out as one of only 2,107 of the 71,242 E36 M3s made as RHD Evolution Convertibles, it is expected to sell at the upcoming H&H Classic auction with an estimate of between £16,000 - £20,000. Kept garaged and little used in recent years, it is described as running well.  Impressively smart for a twenty-five year old car, this head-turning M3 Evolution Convertible is offered for sale with a V5 Registration Document, MOT certificate valid until March 2023 and sundry paperwork.

Robin Reid with his Olympic and WBC medals

Boasting the highest specific power output of any normally aspirated engine in the world (96bhp per litre), the BMW’s 3.0 litre straight-six developed some 286bhp and 232lbft of torque. Sitting some 31mm lower than its 3-Series siblings, the E36 M3 utilised the same multi-link rear axle as the marque’s Z1 Roadster together with thicker anti-roll bars and uprated springs/dampers. Judged by ‘Car and Driver’ magazine to be the finest handling car that money could buy in 1995, the following year saw the BMW gain a more potent 3.2 litre engine (320bhp / 258lbft) and six-speed manual transmission. Marketed by BMW GB as the M3 Evolution, the E36 M3 3.2 was reputedly capable of 0-60mph in 5.6 seconds and limited to 155mph. Only 2,107 of the 71,242 E36 M3s made were RHD Evolution Convertibles. 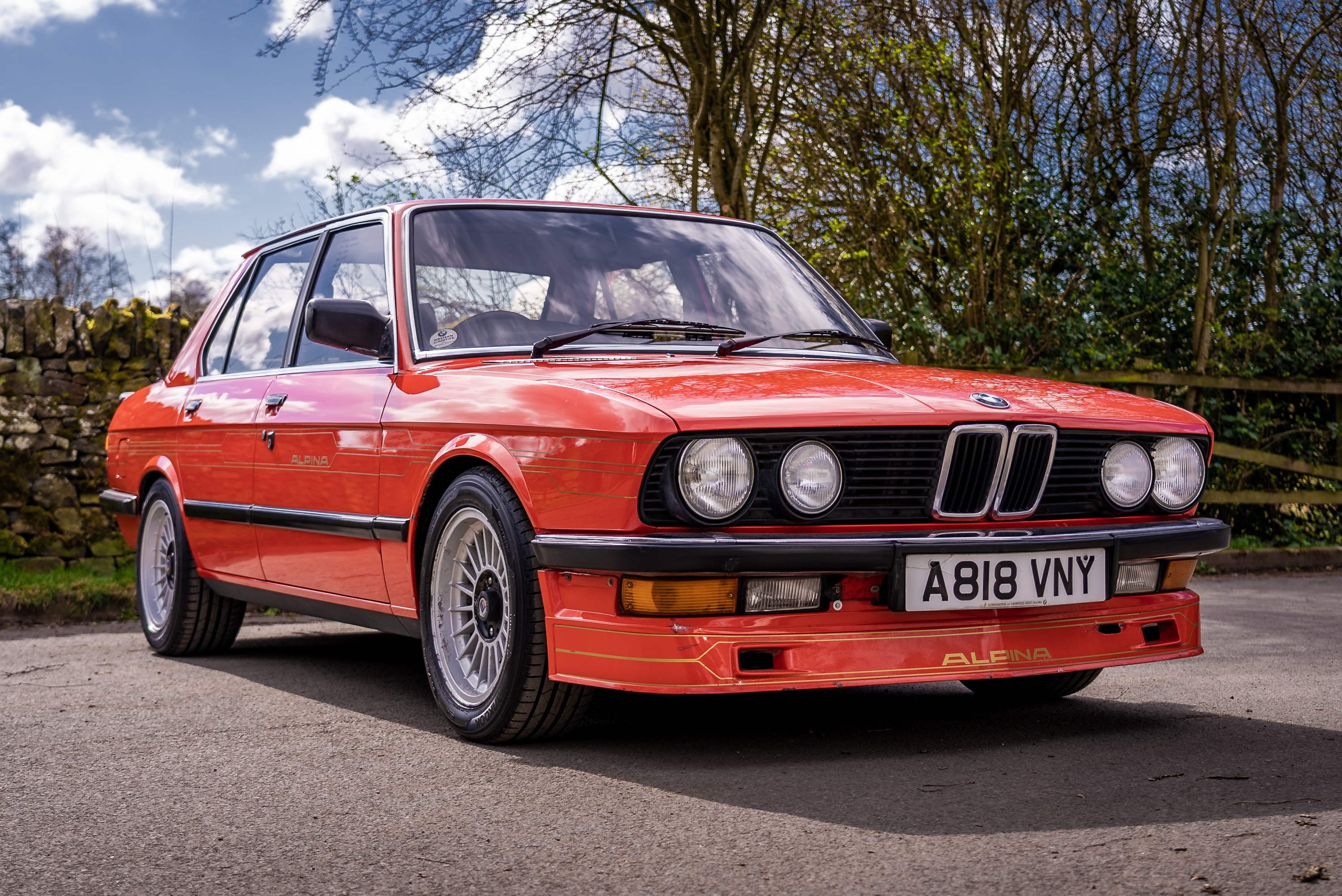 The second BMW in the H&H Classics Buxton sale is a very rare UK, right-hand drive E28 Alpina B2.8.

A real survivor car, with only 54,638 miles from new and just four former keepers, this Alpina B2.8 is fitted with the desirable five-speed manual gearbox. Built between 1981 and 1985, this is one of less than ten such cars that are thought to have survived.

In its previous long-term ownership (1988 - 2021), much of that period was spent in dry storage.  It has recently benefited from full recommissioning and is a highly original example.

Supplied with either a ZF automatic transmission or the more desirable Getrag 265 5-speed manual gearbox, the standard M30 528i straight six-cylinder engine was upgraded as part of the conversion with the Alpina B9 type exhaust system, and the power output measured an impressive 192bhp at 5800rpm. Alpina springs and Bilstein gas dampers were further advancements from the standard 528i specification. They cost a considerable premium over the BMW 528i SE (E28) on which it was based.

Manufactured in 1983, this B2.8 is a rare UK-supplied, right-hand drive example, being supplied new via Western Counties BMW of Bristol on the 25th of November. Fitted with the 2788cc straight-six engine with the desirable five-speed manual transmission, the Alpina is finished in Henna Red with Grey cloth interior upholstery. In long-term previous ownership, from 1988 until 2021, and remaining in storage from 2006 until the end of that period, ‘A818 VNY’ has covered just 54,628 miles from new, at the time of consignment, and has had only four former keepers.

The third BMW in the sale is one of only 25 ‘Carbon Black Edition’ convertible cars that BMW UK commissioned at the end of production of the E36 M3.

This low mileage example with just 40,524 miles from new has a desirable six-speed manual transmission and is offered with a large history file including a stamped service book and a copy of the 2013 book 'BMW M3: The Complete History of These Ultimate Driving Machines' by Graham Robson and a current V5C.

Debuting at the Paris Show in 1992, the second generation E36 platform-based M3 was the first to feature a straight-six engine, initially displacing 2990cc before enlargement to 3201cc in 1995. However, this larger power unit did not become available in the convertible model (which had been introduced in 1994) until 1996. The 3.2-litre cars were marketed as Evolution models by BMW GB to distinguish them from the earlier 3-litre models. Produced at the Regensburg factory, a total of around 2,107 BK92 (right-hand drive European specification) convertibles were built between February 1996 and July 1999. Recognised as being one of the best handling cars of that decade when tested by Car & Driver magazine in 1997, and much praised for its benign handling and balance, the E36 was also one of the first mainly computer-designed BMW models.

One of only 25 ‘Carbon Black Edition’ convertible M3s that BMW UK commissioned at the end of production of the E36 M3, here we have a low mileage example with just 40,524 miles from new (at the time of consignment). Supplied new by BMW Heathrow Limited, West Drayton, Middlesex, this M3 Evolution has the desirable six-speed manual transmission offering that extra driver involvement. Presented in Carbonschwarz Metallic paint, the contrasting Modena leather interior provides for an opulent cabin with 'M3' logo sill plates protecting against entry scuffs and the BMW Business RDS radio cassette player providing the soundtrack for your drive. Side impact airbags are a further safety feature inside. In 2006, the M3 received a replacement engine, fitted by BMW North Oxford at 21,336 miles. Offered with a large history file, comprising numerous previous invoices and an original order form, a stamped service book, handbook and a wallet with original BMW cards. MOT documents going back to 2002 are included.

Bid live at the venue, online, by telephone or via commission!