H&H Classics motorcycle sale on 6th April at the National Motorcycle Museum included some exceptionally rare and interesting bikes. And the bidder response endorsed that view, giving the company an 80 per cent sell rate.

Top item in the H&H sale was this wonderful Coventry Eagle, with just a few examples known, sold for £94,300. Coventry Eagle motorcycles rarely come on to the open market. Last on the road in 2019 and used for the Banbury Run and West Kent weekend.

Beautifully patinated it is believed that it was used as daily transport for the owner at the time who was an archaeologist and had his tools in a wooden box on the back. The Flying-8 was recently run and all fluids changed. This was a wonderful opportunity to own a great vintage machine. Continuation RF60 logbook from 1966, some old pictures, and a current V5C. 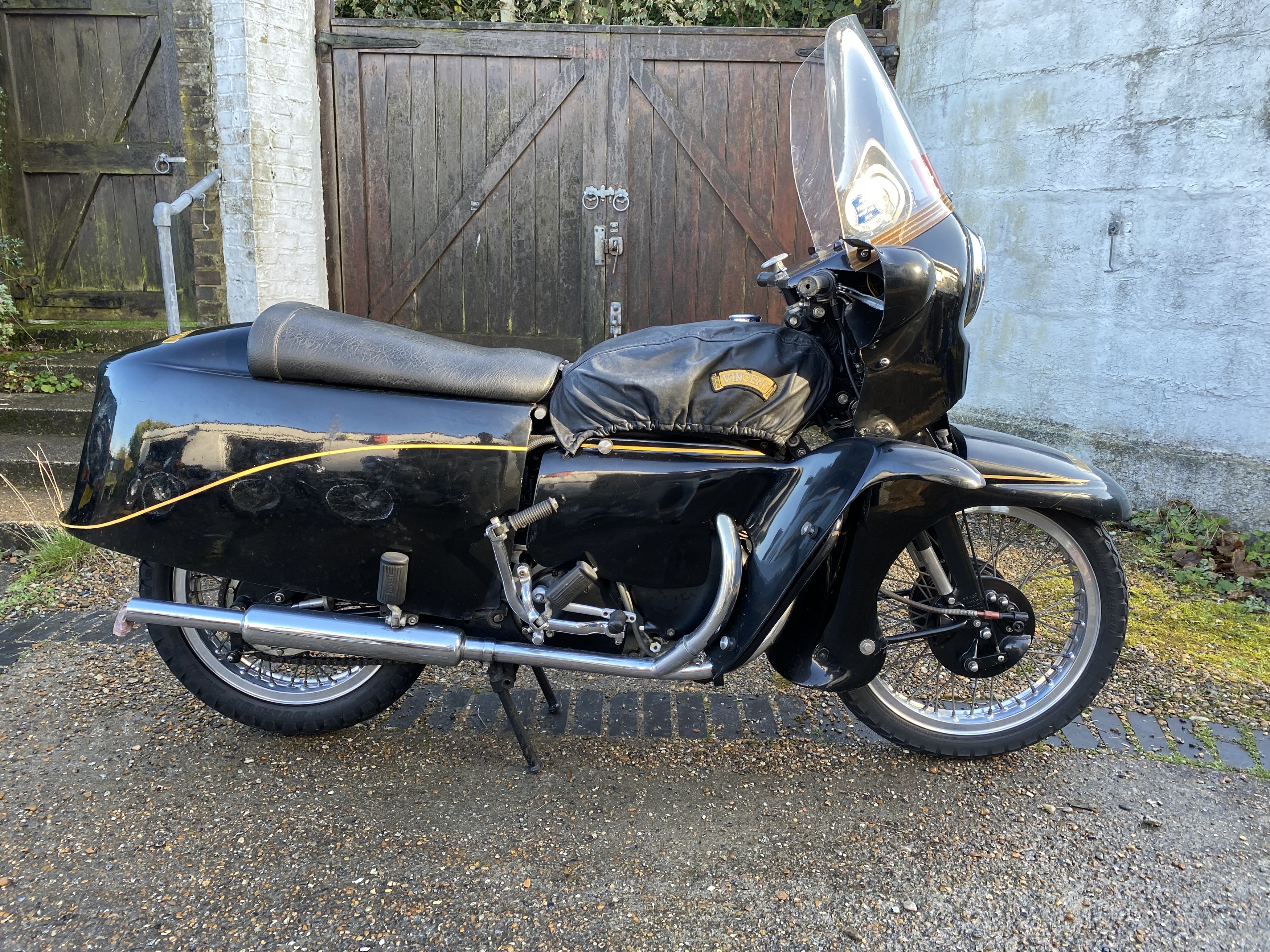 Acquired by the vendor on the 14th of October 1982 (receipt on file) for the sum of £2,875, upgrading from a Velocette Valiant. Purchased as a Vincent Black Knight in 1982, although there is no history as to why it was changed from Rapide to Black Knight spec.

Lots of paperwork and handwritten notes for work carried out in the 1980s. Verified by the Vincent Owners Club and known in their records. 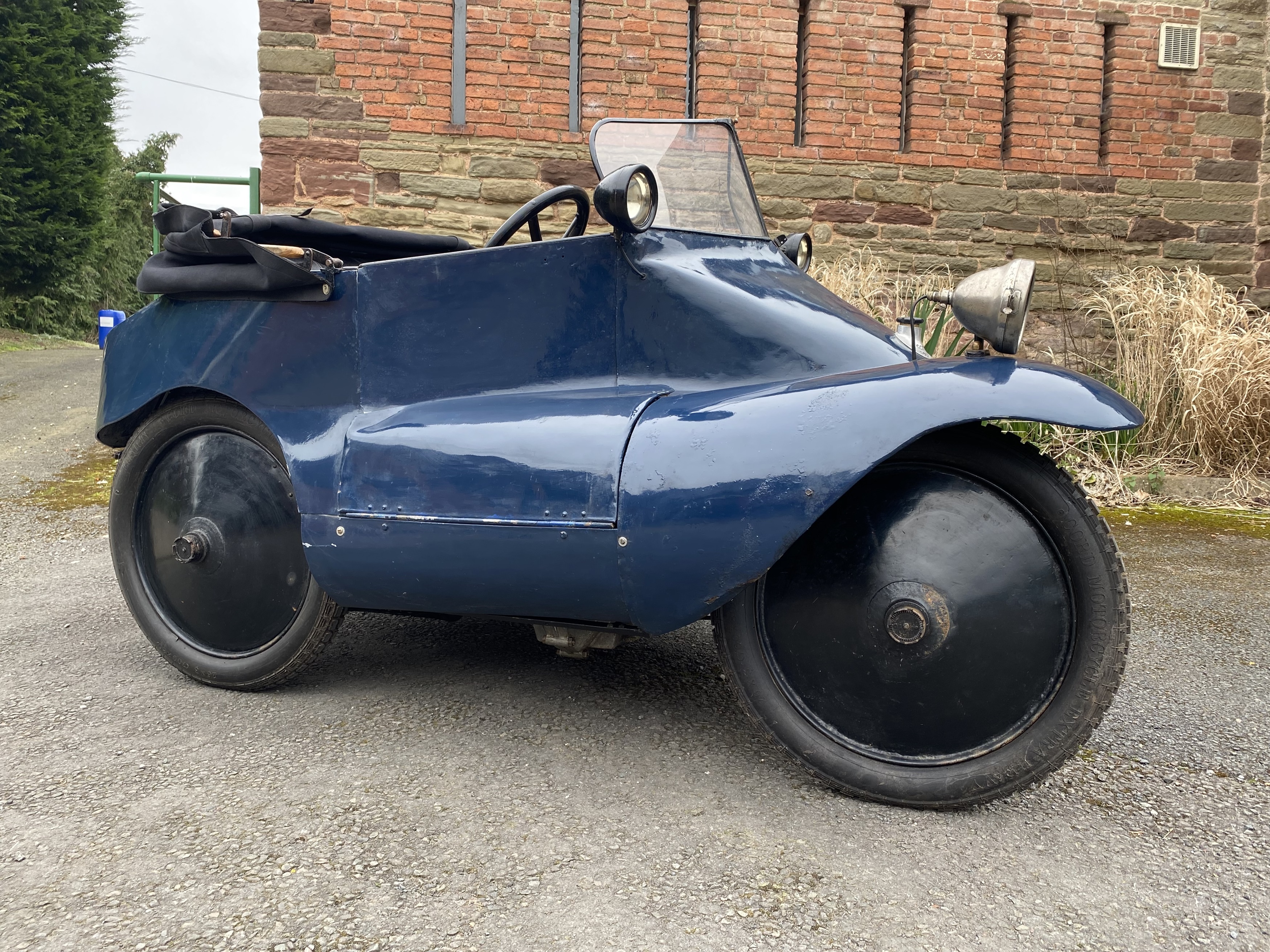 Another remarkable item sold was this 1924 Scott Sociable sidecar, sold for £26,450, which was part of a very limited production run with just around 200 units made, It is today one of six known examples left. This Scott Sociable has been restored for around 20 plus years and was running once more last summer and used on vintage events. It comes complete with its current V5C and various paperwork relating to the mark.

Motorcycles of this marque rarely come on to the open market. Last on the road in 2019 and used for the Banbury Run and West Kent weekend.Beautifully patinated it is believed that it was used as daily transport for the owner at the time who was an archaeologist and had his tools in a wooden box on the back. The Flying-8 was recently run and all fluids changed. This was a wonderful opportunity to own a great vintage machine. Continuation RF60 log book from 1966, some old pictures, and a current V5C

During World War I Alfred Angas Scott had made sidecar machine gun carriers. From these he developed a three-wheel car with two wheels in line and a third one set alongside but slightly behind the other rear wheel, all supported by a triangulated tubular steel frame. Although the layout still resembled that of a motorcycle and sidecar combination, it had wheel steering by rack and pinion. Its power was supplied by the Scott Company's own water-cooled 578 cc twin-cylinder two-stroke engine with drive transmitted through a three-speed gearbox to the offside rear wheel by a shaft. There was no reverse gear. Turning was dangerous at speed.

The vehicle was intended for military use, but orders failed to come in, so he converted it to civilian use and announced it in 1916 as the Sociable, but production had to wait until 1921. About 200 were made before production stopped in 1924. Complete versions cost £273 in 1921 falling to £135 by 1924. 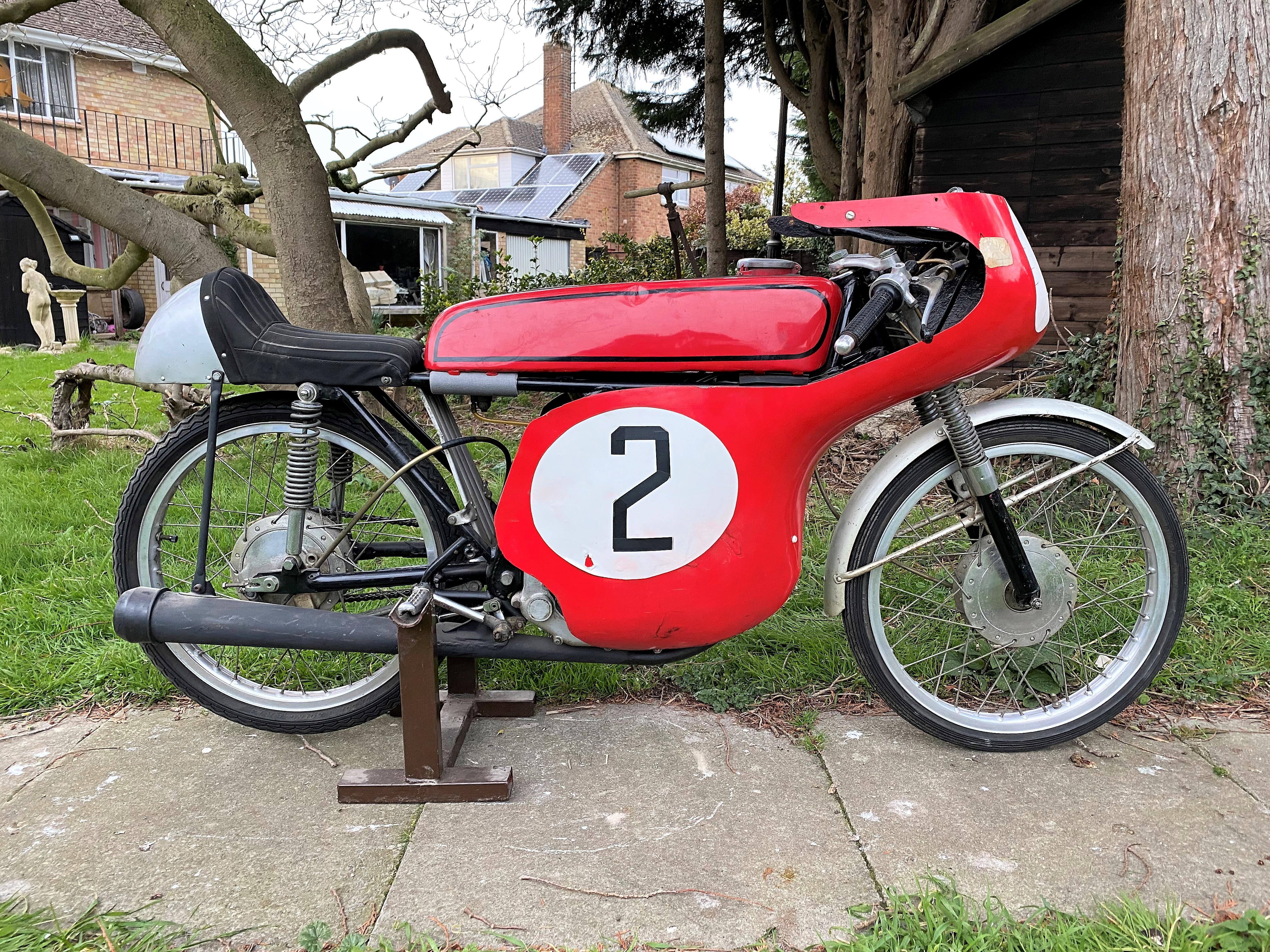 All proceeds of this machine are going to cancer research, This rare little Honda CR110 has been owned by the vendor for almost 50 years. It has been displayed in the house since last used in 1975. It sold for £33,925.

Believed to have been ridden on the road at some point. No screen with bike. It turns over with compression and rolls easily.

This a very striking Norton F1, the only known example manufactured in red. One of three show bikes, confirmed by Andover Norton International Ltd, it shows just 346 miles from new! It sold for £27,600.

Ordered by a Mr. Ollis (copy on file) direct from Norton, but due to problems with orders and constant delays, Mr. Ollis was provided with a Red example and was informed by Norton this was the show model and asked if this be acceptable

The machine was then registered on the 1st of January 1991. It is understood Mr. Ollis  laid it up until his death in March 2004, it was then sold to Mr. Campbell. The current owner was a good friend of Mr Campbell and persuaded him to sell it to him two months later. It was placed on the road for only a few months. It comes with its current V5C, and various paperwork including brochures.

Mike Davis who heads the motorcycle salkes at H&H says: “This Norton is certainly one for the collector!”