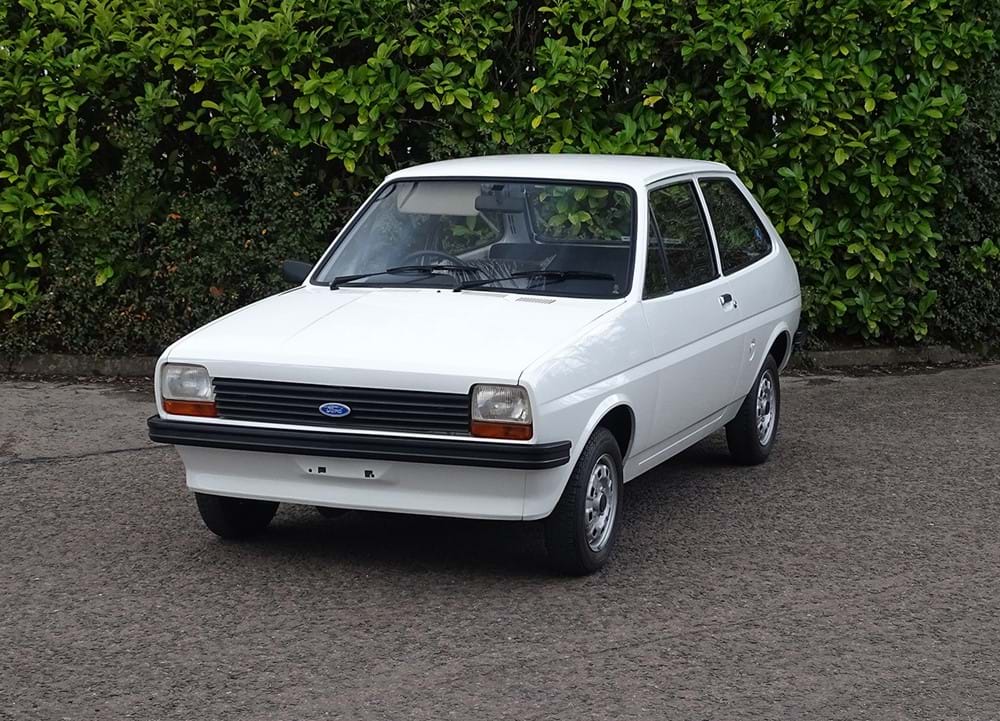 A ‘timewarp’ 1978 Ford Fiesta that has never been registered and covered just 141 miles from new is for sale as part of H&H Classics first Auction Online which is being held on February 2nd. The hatchback’s remarkable state of preservation is due to its being displayed and stored at The Science Museum, London from 1980-2017.

Damian Jones, Head of Sales at H&H Classics says: “This is a highly original and authentic Ford Fiesta, go find another! This is truly a one off. It is perhaps the lowest mileage Ford Fiesta MKI existing.”

Chassis BAFBUM58259 was manufactured in July 1978 and supplied new to Ford Personal Import / Export Ltd of 8 Balderton Street, London W1. Better known for selling 'Fords from abroad', the London dealership had yet to register the Fiesta for road use when The Science Museum acquired it during 1980. Featured within the Glimpses of Medical History gallery as part of a diorama showing assistive technology for helping an elderly person in and out of a car, the three-door hatchback remained on display until 2015 when the floor housing it was closed for refurbishment.

The installation of new freight lifts with narrower doors meant that the Ford faced being cut-up to facilitate its removal from The Science Museum. Thankfully, Darren Wisdom who was working on site in 2017 intervened and saved the timewarp hatchback by constructing a special jig which allowed it to be rotated through ninety degrees and brought down to ground level (albeit with the drivetrain and interior removed to save weight). Recommissioned by Mr Wisdom with attention paid to its cooling system, brakes and gearbox etc, the Ford passed its first MOT test on 19th April 2018. Inspected by Paul Kingham of the Ford GT Historic Register a month later his conclusions were as follows:

'I can confirm that all key aspects of the vehicle are authentic and original including chassis, suspension, steering, transmission, matching original engine and even its paintwork. This vehicle has never previously been UK registered due to it being displayed / stored at the Museum since 1980 when they received delivery from the manufacturer's showroom and is still in remarkably pristine 'as new' condition with effectively just its original delivery mileage recorded'