Contested by no fewer than three telephone bidders as well as those in the room and on the internet, the 1953 Aston Martin DB2 Vantage made £165,000 after a British collector finally saw off a European dealer to secure it.

Supplied new by Brooklands of Bond St, London to Ian Scott Duffus Esq., the two-seater was among the last twenty DB2s made. Extensively restored from 1985-1996 and treated to over £100,000 worth of improvement and development work during the vendor’s nine-year ownership, the Aston Martin had taken numerous class wins on events such as the Three Castles and Scottish Malts Rallies and was potentially eligible for the enormously prestigious Mille Miglia Storica.

Bodied by the renowned coachbuilder Barker especially for the October 1931 Salon d’Automobiles, the believed unique Rolls-Royce 20/25 Swept Tail Sports Saloon was still a head turner at ninety years of age. Consigned from a vendor on the Isle of Man, the Rolls-Royce was sold to a British collector who outbid his Parisian rival by a mere £1,000; the car making £77,050 inclusive.

Known as ‘Arabella’, the Rolls-Royce was re-finished in its original Green over Cream colours as part of a meticulous two-and-a-half year restoration that was completed in 2011. A multiple concours award winner thereafter, the 20/25 remains in stunning condition to this day. 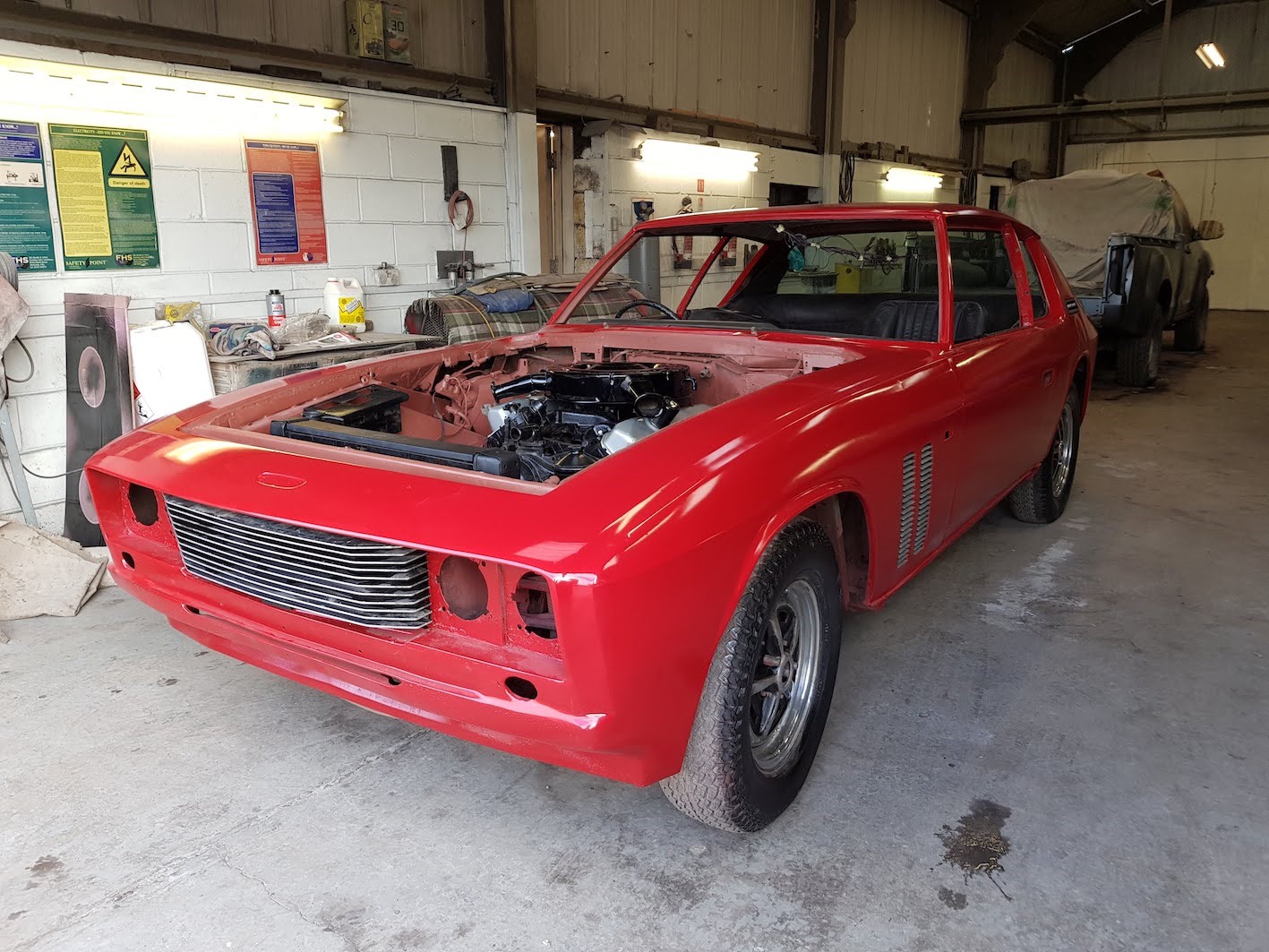 Jensen produced just 327 examples of its ground-breaking FF (Ferguson Formula) design with a mere 107 of those being FF II models. The first non all-terrain production car equipped with four-wheel drive, the Jensen FF not only preceded the renowned and successful Audi Quattro of many years later but also featured an anti-lock braking system, the Dunlop Maxaret mechanical assembly, used hitherto only on aircraft, trucks, and racing cars. The letters FF stand for Ferguson Formula after Ferguson Research Limited who invented the car's system.

The UK-supplied example on offer had been in the vendor’s ownership since 2002. Belonging to his predecessor for some twenty-four years and off the road for decades, it was substantially complete. Possessing the makings of a worthwhile restoration project, the Jensen seemed destined for Hong Kong until a Londoner claimed it for £23,000.

Marketed as ‘The car you always promised yourself’, the Capri is among the better-loved Fast Fords. The 2.8i Special which went under the hammer at Buxton had covered 73,000 in the hands of just three owners. Eagerly contested on the day, it was bought by an expat in Australia.

We're consigning now for our first auction of 2022, to be held at the Imperial War Museum in Duxford. Please click here to get in touch with our specialist team.