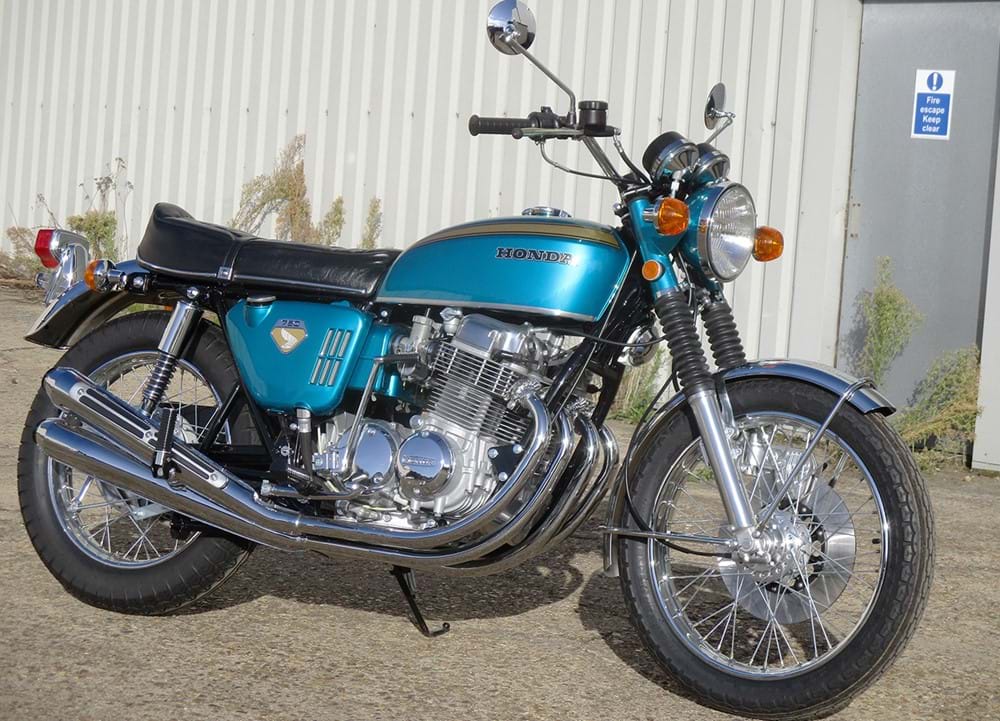 There will be some spirited bidding for this Honda CB750 at the November 9th sale of 165 plus motorcycles worth an estimated £1m at the H&H Classics sale held at the National Motorcycle Museum in Birmingham. Strange in a way as this bike is a big part of the reason that the British Motorcycle took such a hammering.

Mark Bryan of H&H Classics says of this bike: “The reason that this machine is such a fantastic investment is because the Honda CB750 helped change the face of motorcycling when launched and ended up being one of the final nails in the coffin of the British motorcycle industry! The 1969 Honda CB750 ‘Sandcast’ is one of the ultimate collectors Honda’s. This one is an early model, frame number 645 of only 7414 ‘Sandcasts’ produced in 1969.”

Japanese machines from 1960’s/1970’s have been steadily climbing in value over the last 5 or so years. They are the ‘new kids on the block’ and appeal to the current crop of buyers of a certain age who remember these in period. A very rare pre-production CB750 was sold be H&H Classics this year for staggering £157,500.

The bike was restored to an incredibly high standard by Vic World restorations in San Francisco in 2015. Vic is world renowned for his ‘Sandcast’ restorations. This particular ‘Sandcast’ won “Earliest CB750 example” at the recent David Silver Honda CB750 50 Years Celebration.

In the industry it is known as ‘the bike that changed everything’ and is seen as a highlight of Japanese automotive technology.