Nostalgic American in Paris sells off his collection 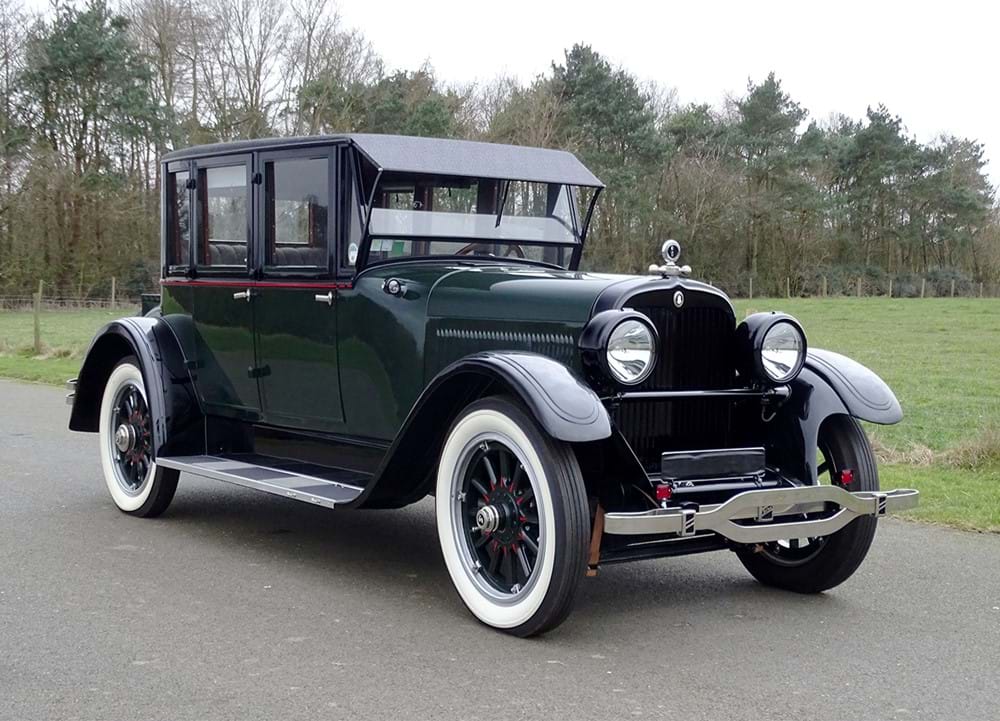 There is nothing like arriving in Europe to make a foreign national appreciate his own culture and realize that he is now that strange thing - a foreign alien.

So it is no surprise that an American in Paris spent years collecting classic cars and trucks from his native land, vehicles that spoke to him intimately of his own heritage.

He moved to France on Saint Patrick's day, March 17, 1973, 45 years ago. An American diplomat, he was Staff Aide to the Ambassador to France, and then moved to Lyon where he was in the Consul in charge of the US Consulate General. He was reassigned to Paris in 1975 to attend the French School of Public Administration (Ecole Nationale d'Administration).

He met his wife in Paris and eventually resigned from the US Foreign Service in 1981 when transferred to Ottawa. For over thirty years of collecting he has bought English and American cars. The American cars were found in the US.  The British cars (Aston Martin, Frazer Nash, Jaguar, Talbot, Lagonda and Bristols) he owned came from the UK.

He is now 78 and is downsizing his collection from over forty at the peak to less than ten cars if he can discipline himself he says, not to buy anything else!

The collection he is selling of six remarkable American cars and trucks range from 1913 to 1951 with H&H Classics on March 21st 2018 at the Imperial War Museum, Duxford in Cambridgeshire.

Damian Jones, Head of Sales at H&H Classics, says of the collection: “They are all interesting vehicles with unusual provenance and history.”

Supplied new to the proprietor of a steam locomotive company in North Georgia and purchased from his son by the vendor. Extensively restored to as near original specification as possible at a cost of circa $200,000. A rival to the likes of the Rolls-Royce Springfield Silver Ghost and priced accordingly when new (c.$5,000). One of just 441 Model 134 cars made during 1924 of all bodystyles. Designed by a group of ex-Cadillac engineers including the Scottish-born D. McCall White who masterminded its 5.7 litre V8 engine.

One of only 104 Nash-Healey Roadsters bodied in alloy by Panelcraft (of which just 20 survivors are known to the Nash Healey Register). Arguably, America's first post-WW2 sportscar pre-dating the Ford Thunderbird and Chevrolet Corvette.  Potentially eligible for the Mille Miglia Storica and Le Mans Classic. An exciting restoration project and offered for sale with a brand new alloy cylinder head.

Extensively restored in 2001 this powerful Edwardian Tourer has a magneto-fed 5.2 litre four-cylinder engine. Rambler cars were guaranteed for 10,000 miles in 1913.

Built during the last days of World War Two as the basis of a potential production model. Acquired by the vendor in a dismantled state during 1990 and subsequently treated to a circa $75,000 restoration. It is powered by a 1941 Ambassador 6 OHV 3.8-litre twin-ignition engine allied to three-speed manual plus overdrive transmission. It has been the subject of various magazine articles including one in 'Car Collector'.

Potentially eligible for the Tour Auto this ground breaking 'compact' design for Nash with distinctive Airflyte styling has a 2.8-litre straight-six engine and three-speed manual transmission. An older restoration that would benefit from further recommissioning / repairs.