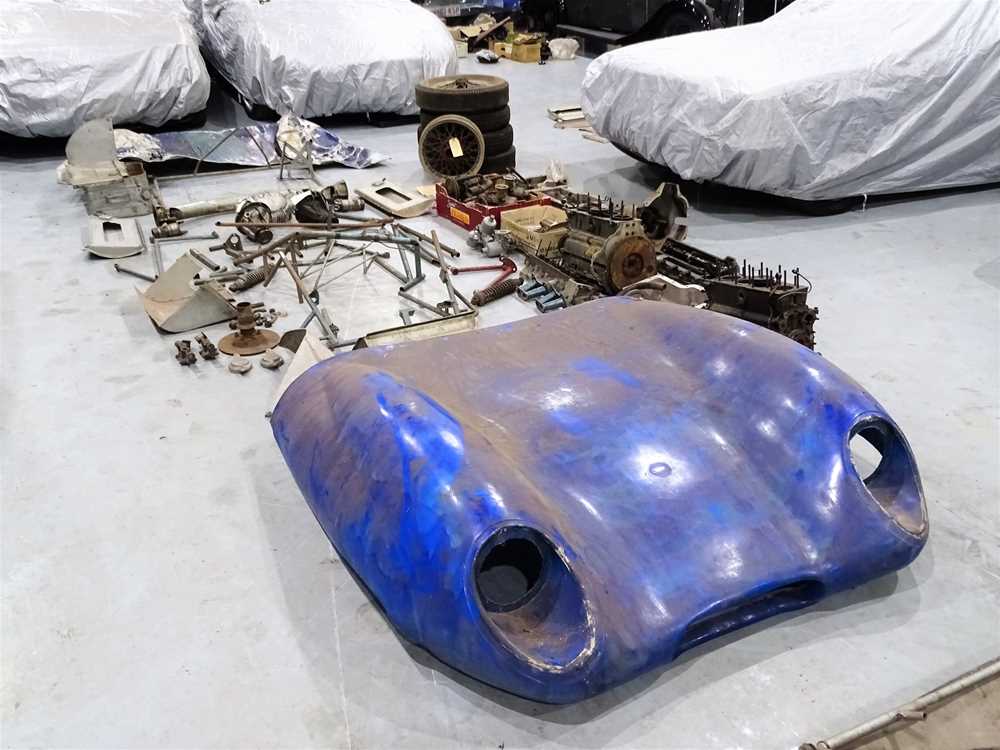 H&H are indebted to Lotus historian and author of 'Lotus - The Historic Years 1956-1958, The History of the Lotus Eleven' for the following email he has kindly sent us:

I was looking at your sale of Lotus Eleven parts for your next auction on 24th March. Going through my records 11-534 is recorded as a bare CBU in the Lotus sales records (Chassis Body Unit).

I have later records of it in Jersey as a complete car in 1982.

On this basis I doubt that it could have been built up by Innes Ireland Racing in 1958 or bought from Fred Warnell (whom I used to know) in 1959.

As you state most of the component parts are from various cars and some Series 1 which would have had no connection with this Series 2 Chassis number. Obviously Terry Harrison was a great collector of parts!

The Chassis Plate is most interesting. It is a Lotus Cheshunt plate(1959 onwards) used long after Lotus Eleven production had finished at Hornsey in 1958/9. However, as 11-534 was collected by Bloor in 1960 this might have been the original Chassis plate supplied from Cheshunt with 11-534 bare chassis? There was a sale of left over parts and some unsold chassis from Cheshunt in 1960 and this may have been part of this sale.