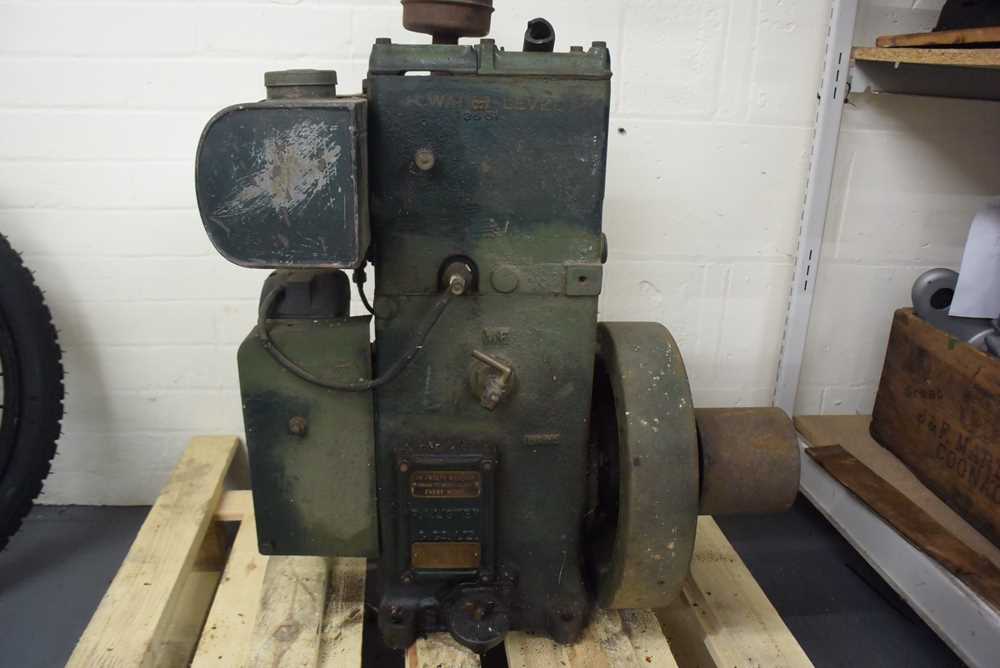 
The Lister D is a 1.5 hp stationary engine that runs on petrol or petrol/paraffin built between 1926-1965 by R A Lister and Company of Dursley. It is popular with newcomers to the stationary engine hobby with plenty of spares and various re-manufactured parts and decals being available. It replaced the Lister H, which was of similar output. The engines were used to power water pumps, generators, cement mixers and much more. They had a chain drive ignition magneto, either the Lucas SR1, the Lucas RS1 or a M-l MK1(shaft driven and early chain driven), and an Amal float bowl. The engines were made in 1 hp, 1.5 hp, 2 hp and 2.5 hp versions. It was known as the model D309 or simply the R.A. Lister. The engine was a 4 stroke poppet valve engine and a simple centrifugal governing system. Throughout the years of production, the engine changed very little. The fuel tank was moved from halfway up the engine to the top, and the shaft-drive magneto was replaced by a chain-driven unit in the early 1930s. D's were originally painted mid-Brunswick green, but some World War II engines were painted in olive drab.