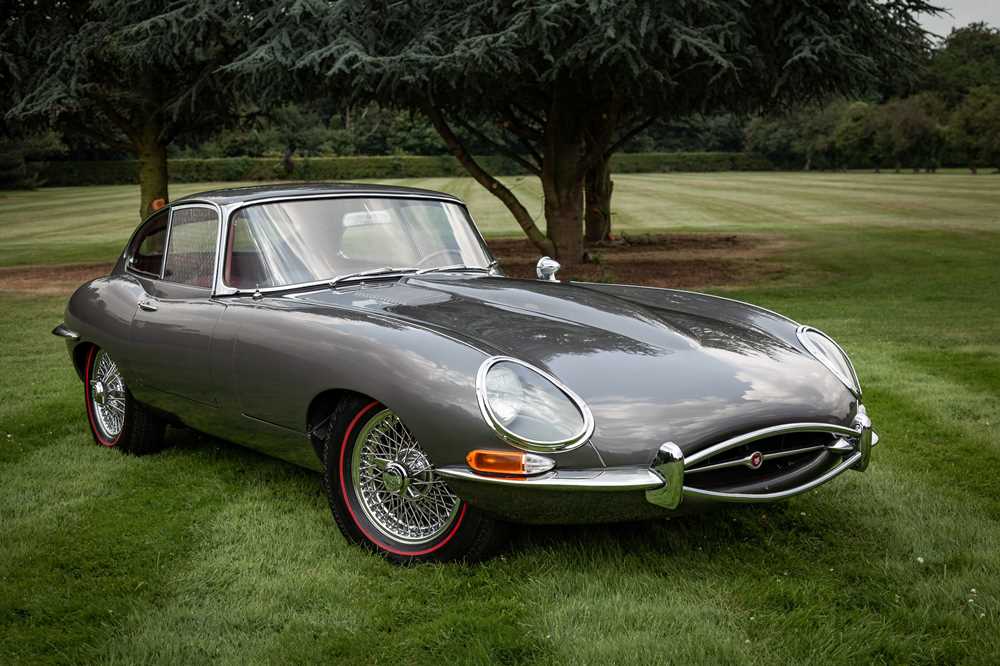 According to its accompanying Jaguar Heritage Certificate, chassis 887598 was completed on November 21st 1962 and shipped to Jaguar Cars, New York shortly thereafter. Originally finished in Cream with Red upholstery, its first owner is recorded as V.F. Sastarich. Stated to have been ‘beautifully restored’ and to have covered ‘only 47,000 miles’ when advertised for sale during 2004, the E-Type was resident in the dry state of Texas the following decade. Pleasingly retaining its original ‘matching numbers’ engine block, the two-seater had been uprated with a later Jaguar all-synchromesh four-speed manual gearbox and wood veneered auxiliary instrument panel by the time the vendor imported it to the UK. As well as thoroughly recommissioning the Fixed Head Coupe, he had it fitted with European specification indicators front and rear and resprayed in lustrous Opalescent Grey Metallic. The engine bay was detailed and what is thought to be the original Red leather upholstery complemented by a new West of England cloth headlining. Rated by the seller as ‘overall a superb example which drives beautifully’, this stunning E-Type has been NOVA’d with all relevant duties paid.