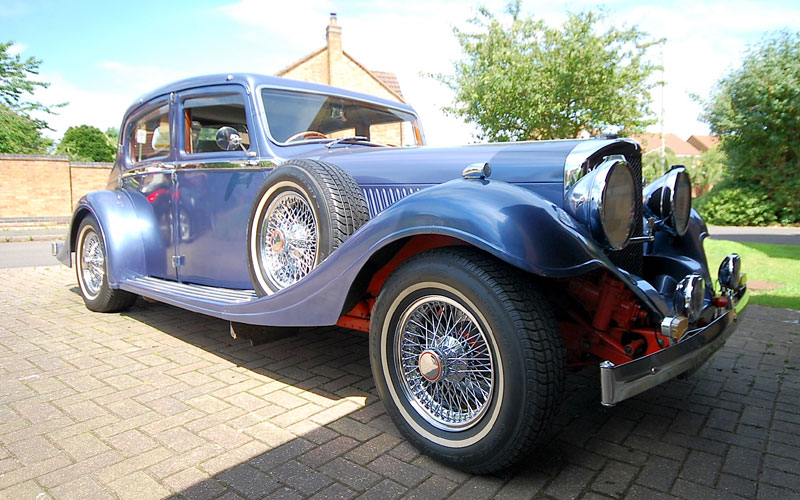 The late owner of this intriguing special purchased the car from its creator, Arthur Billard, in September 2012. Mr Billard, a silversmith by trade, had purchased the original Jaguar in 1966, taking it off the road a few years later when the bodywork began to deteriorate. In the early 1970s he purchased a Derby Bentley body from Frank Cobb & Co, cutlers and silversmiths of Sheffield, to whom Bentley chassis B180GA had been supplied in May 1936 via Joseph Cockshoot & Co. This was about to be scrapped but the sum of £12.00 secured its survival and he commenced a restoration which would not be completed until 2011. He undertook most of the work himself, including the bodywork, upholstery, spraying and mechanical work apart from the engine overhaul which was entrusted to a good friend. Sadly due to ill health he never got to drive the finished car, although he enjoyed regular trips as a passenger. Finished in Biascan Blue with Grey leather, the car is believed to have covered just c.46,500 miles.

The specification is understood to include:

Offered with Swansea V5 document and current MoT to October 2015, this interesting special is testament to its creator's skill and eye for detail.
Share this page: