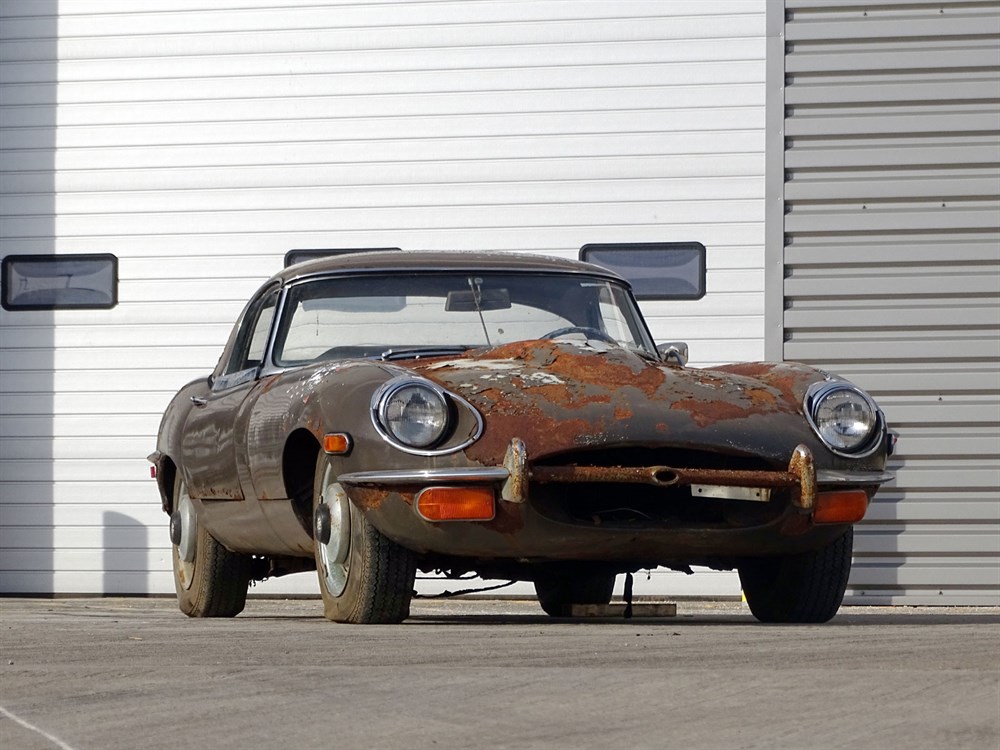 The E-Type's Malcolm Sayer-penned lines are thought by many to be the most striking ever to adorn a motorcar. Indeed, only a few years ago the Daily Telegraph ranked the E-Type top in a pole of the '100 most beautiful cars of all time' and, like the XK150 before it, it was born of Jaguar's competition successes on the race tracks of Europe. The E-Type, or XK-E as it was known in the USA, made its debut at the 1961 Geneva Salon, where its unique combination of grace and pace stole the show. From birth the car was available as a Fixed Head Coupe or two-seat Roadster, and, like the XK120 before it, was the fastest production car of its time - its 3.8-litre straight-six engine allowing a 0-60mph acceleration time of around seven seconds and a top speed of circa 150mph. Despite this, the engine size was increased from 3.8 to 4.2-litres in October 1964 and, with the change, came a sweeter all-synchromesh gearbox, better brakes and more comfortable seats. The Series 2 models introduced in 1969 are distinguished by their lack of headlamp covers, enlarged front air intake, larger front and rear indicators and tail lights, wrap-around rear bumper, twin-electric fans, uprated brakes and refashioned facia and seats.

This particular matching numbers, lefthand drive Series 2 Roadster is offered complete with both hood frame and factory-fitted hardtop. It was manufactured on July 8, 1969, dispatched to British Leyland New York the following week, and features Sable-coloured bodywork matched to Beige hide interior trim. It appears to be complete, but will take a little more than a wash and polish to return it to the road, and was in fact singled out by a marque expert as ripe for a full restoration. It is NOVA declared and comes with heritage certificate.


The following information is supported by the heritage certificate.