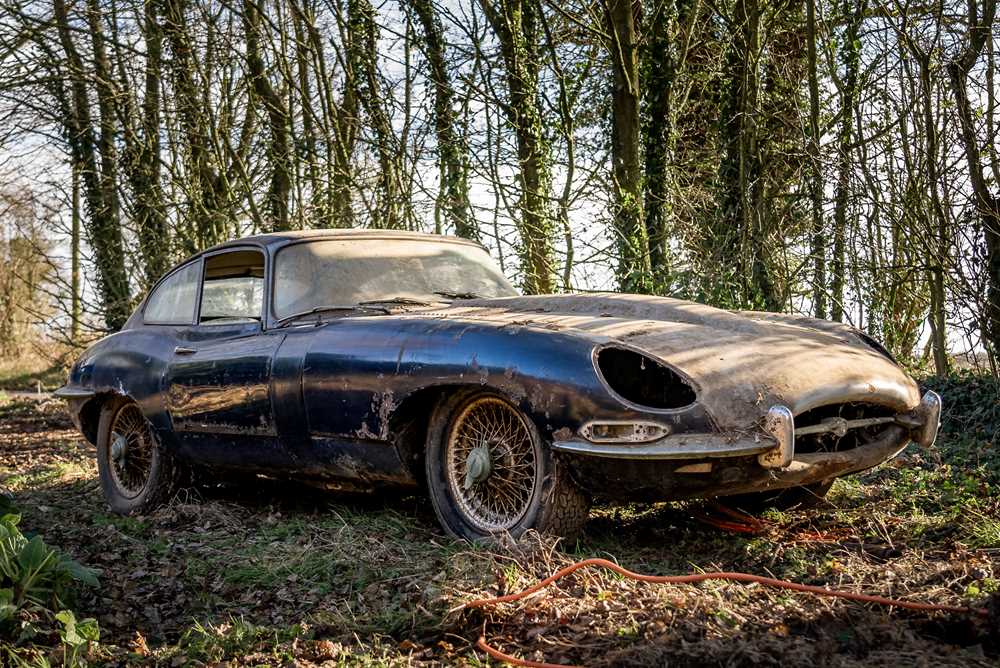 Among the last century's great motoring icons, Jaguar's E-type has always inspired loyalty and devotion. Born out of the fabulous D-type racer, the model soon acquired a strong competition heritage of its own. Launched at the 1961 Geneva Salon, the Big Cat proved faster and more glamorous than virtually any production rival. Certainly few could match its reputed 150mph top speed. At a time when Ferrari's lauded 250SWB and 250GTO made do with 'live' rear axles, the E-type utilised a sophisticated independent rear set-up with inboard disc brakes. While, rack and pinion steering enhanced the monocoque chassis's excellent roadholding and handling; putting it light years ahead of American designs like the Corvette. Revised in 1964, the E-type gained a torquier 4235cc powerplant and four-speed all-synchromesh gearbox of Jaguar's own design. Of the 72,507 E-types and 31,699 Series 1 E-Types , on offer today is one of just 1583 Right Hand Drive Fixed Head examples produced between October 1964 and July 1967.

This particular example presents an incredibly rare and exciting opportunity to acquire not only a genuine barn find, but that in the guise of the incredibly sought after Series 1 E-Type. 'DPW 785C' was manufactured in 1965 and is presented in blue with contrasting grey leather interior. Still retaining its original engine, and thus a ‘matching numbers’ example, this automobile has always resided locally, in both Norfolk and Suffolk.The car was first registered on 03 March 1965 to Grawford (Oaklands) Farm Ltd of Wood Farm, Carbrooke. Signed by a R. Grawford. A year later, on 20 June 1966, 'DPW 785C' saw its first change of keeper to a Mr David Trenchard Thom, a professional jockey turned racehorse trainer, based in Exning, Newmarket. The vehicle passed hands twice more before being sold via Roger Bradbury Motors to its current custodians in 1971, who purchased it to celebrate getting a teaching job. 'DPW 785C' was driven, reportedly often with a white husky riding in the passenger seat, as well as to school on a daily basis. The car was parked up to replace the brake calipers and undertake some repairs to the bodywork, it is thought, at some point between 1973 and 1974, as supported by the tax disc in the windshield and the bonnet in primer. It is understood that they got distracted with other projects and so the car remained in place. Worth noting is the car was running at the time it was stored. The odometer currently displays just 79,651 miles, believed to be correct. 'DPW 785C' is offered for sale, incredibly, with its original registration document, current registration document and a couple of pieces of associated paperwork. In addition, a number of spare parts are also included which presumably are enough to complete or nearly complete the car.