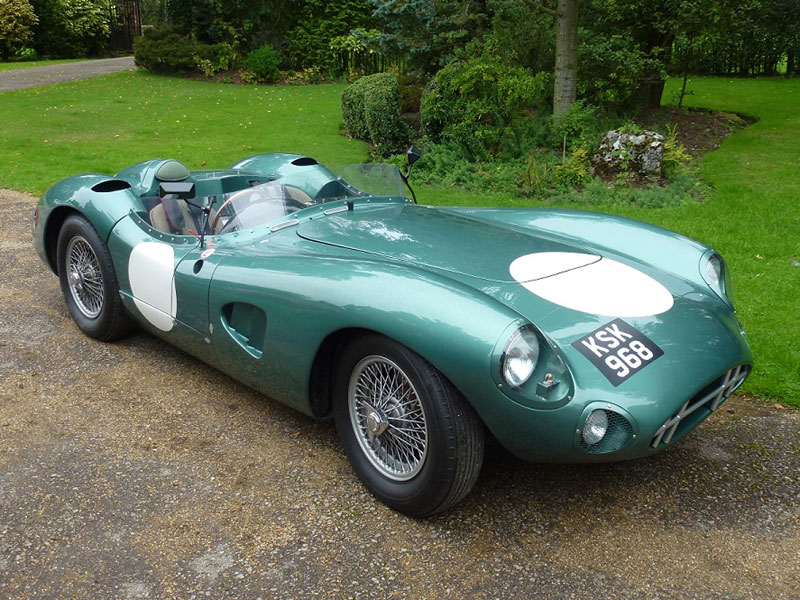 Evanta Motor Company, established in 2005, was the brainchild of Ant Anstead and went on to produce a strictly limited run of this model. With all cars rapidly finding owners, no more examples are available from the company.

Delivered in January 2015 after a two year build, this one owner Evanta has just c.160 running in miles on its odometer. Featuring full aluminium bodywork painted in Aston Martin Almond Green, paying homage to one of the greatest sports racing cars from the 1950s, it is powered by an ex-Eddie Farrel Jaguar 3.8-litre E-Type racing engine producing around 300bhp mated to a Toyota 5 speed gearbox. Adjustable electric power steering is also fitted. Two steering wheels accompany the car, a period-style wheel and a smaller one with a clever stowage arrangement in the boot allowing both to be carried at the same time. A tonneau cover provides all-important weather protection and the fuel filler cover has been signed inside by none other than Stirling Moss. The workmanship and attention to detail on the car is quite breath-taking making it worthy of the closest inspection.

Recently displayed at the Goodwood Revival Meeting, this stunning evocation is accompanied by a Swansea V5C, photographs of its build, assorted invoices including one from Brooklands Motorsport for work to the engine and a Certificate of Newness from Evanta Motor Company Ltd.
Share: