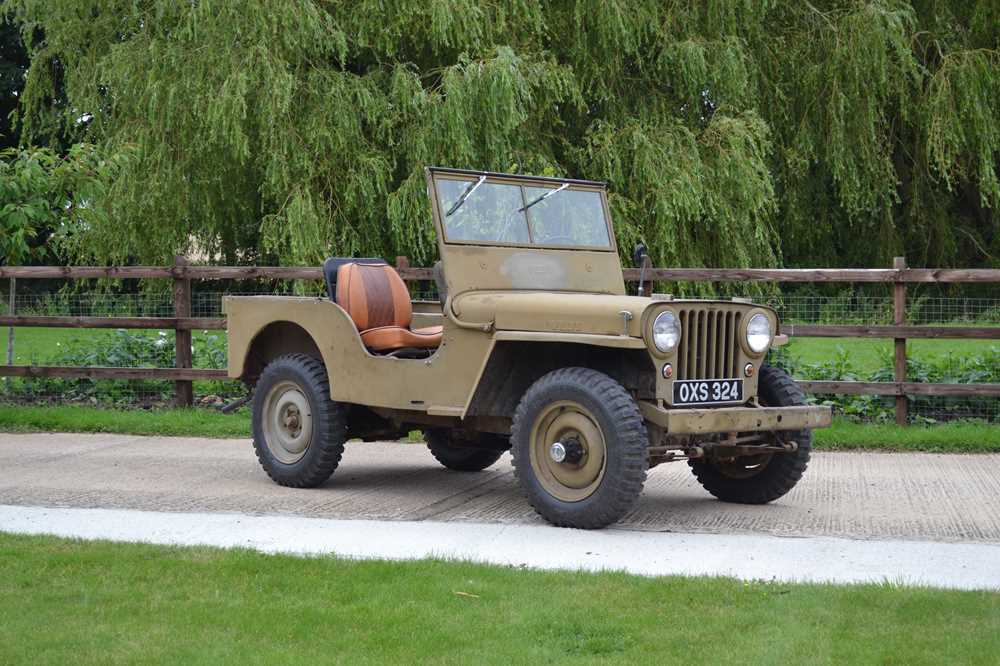 After the original Willys MB and Ford GPW had helped win WW2 for the allied forces, the Jeep evolved, into post-war civilian and military versions. The CJ series was developed for civilian requirements, of course retaining all-wheel drive that enabled the Jeep, like its predecessors, to go practically anywhere. Some 1.5 million CJ models were built before the introduction of the Wrangler finally ended production in 1986 - the basic design has remained virtually unchanged throughout. In production between 1945 and 1949 and aimed primarily at the farming market and was the first Jeep model following the iconic ‘Wartime Jeep’.

Manufactured in 1946, this Willys Jeep CJ-2A is understood to have been supplied new to America and is fitted with the 2.2-liter straight-four engine mated to the three-speed Borg-Warner T90 manual gearbox. Presented in Sand with padded seats and Black frames, the Jeep was imported into the United Kingdom in 2021 and registered ‘OXS 324’. Benefitting from new tyres and overhauled brakes just prior to being shipped from America, the Jeep has been subject to an engine service since landing. Accompanied by a current V5C document and a Classic American Automobile Club dating certificate, the Jeep also has the hood frame, canopy, and door sides finished in Black faux leather.