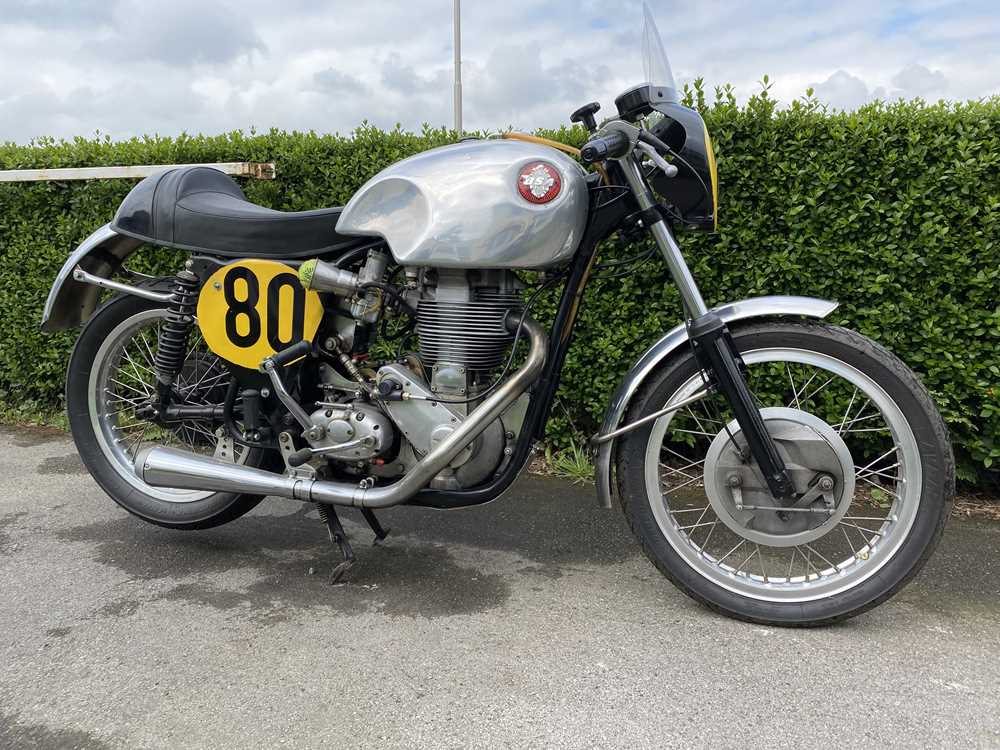 The Birmingham Small Arms factory was established in the Small Heath area of Birmingham 1861 and as the name suggests manufactured weapons. Around the turn of the century they started making bicycles and progressed onto motorcycles a few years later. BSA went on to be one of the world's largest producers of motorcycles up until their demise in the early 1970s. The most sought after model produced by BSA was the Gold Star culminating in the DBD34 of the late 50s / early 60s.

This unregistered full race trim DBD Goldie 500 comes fitted with a Lucas racing mag, Bing carb, SC T gearbox and a Lyta alloy tank. A letter from the VCMC suggest its a 1957 frame fitted with a 1961 engine. Used in classic parades and competition in recent years until the vendor could no longer get an ACU licence, it will need a quick recommissioning before use.