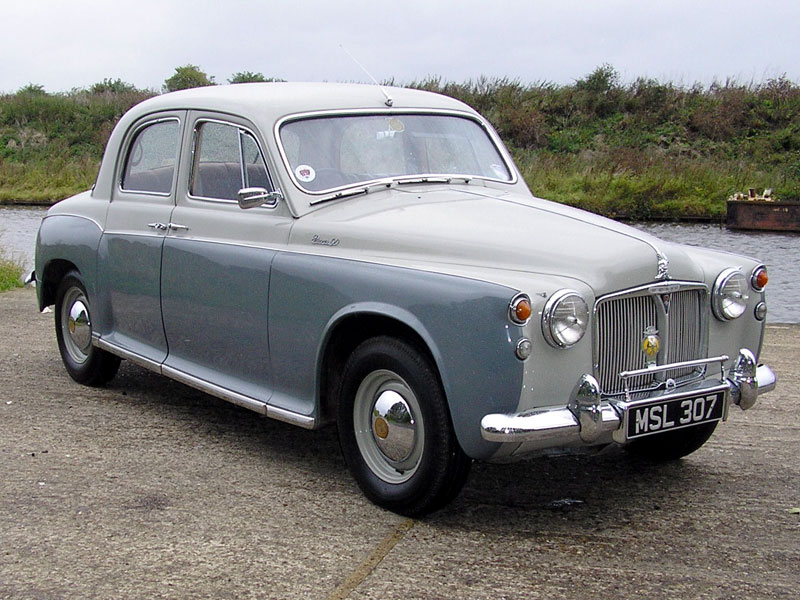 Launched in 1949, the distinctive Phil Armstrong-designed Rover P4 family of four-door Saloons remained in production until 1964, by which time over 130,000 had been manufactured.

This eye-catching, two-tone Grey Rover 90 was purchased new in March 1959 by Mr Ascar Rathouse, a South African barrister. Its title passed to his wife upon his death in 1980 and was stored by her for the ensuing 18 years. Then 94 years of age, she was forced to sell the family home and decided to part with the car at the same time, the proviso being that it should be restored. Sound and rust free, it was entrusted to Uys Motors of De Deur, 20 miles from Johannesburg, where every aspect of the Rover was refurbished or renewed as required. It was discovered that, at the time of order, it would have been available with either Tan or Burgundy leather trim and the decision was made to replace the original Tan upholstery with all new Burgundy-coloured hide. The total cost of the 1999 restoration was £2,800, following which 'MSL 307' was repatriated to the UK, where it has reportedly "seen regular use and been serviced regardless of cost". Still displaying less than 76,000 miles, it is now available with good history file and an MOT into June 2013.
Share: