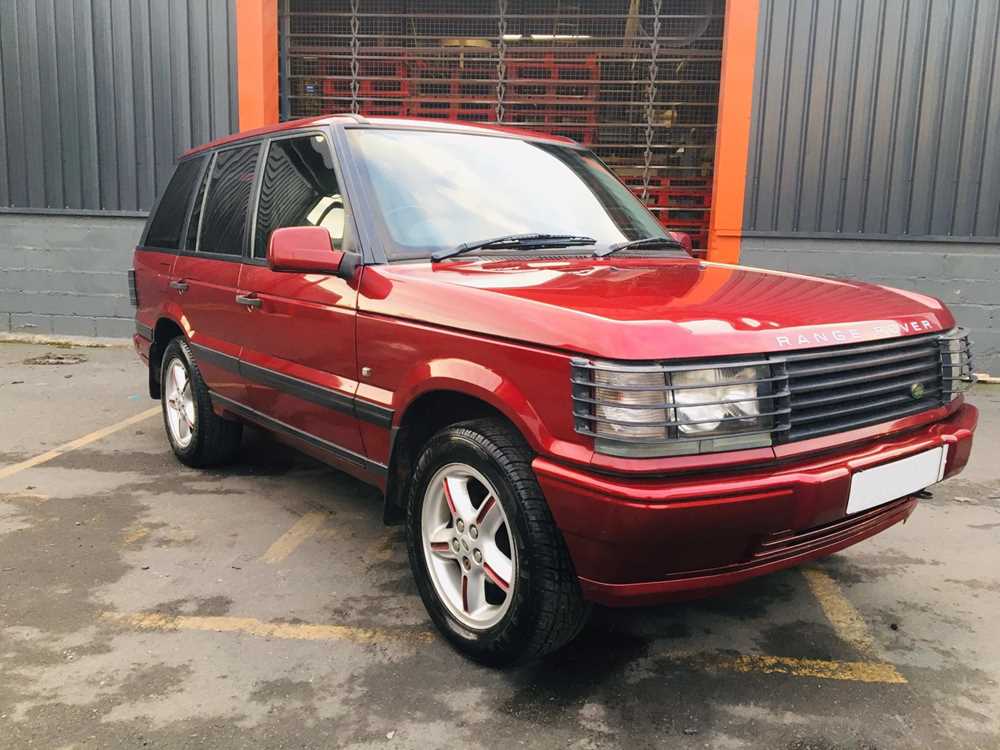 Twenty-five years after its triumphant introduction, what's now known as the Range Rover `Classic' gave way to the second generation of the model (code name P38A). By then the Rover's original workmanlike persona had been completely transformed - long gone were the hose-down rubber flooring and basic trim, which had been replaced by increasingly deep pile carpets, leather upholstery and wood finishings. The newcomer brought a strengthened chassis and less boxy exterior, while power was now provided by upgraded 4.0-litre and 4.6-litre versions of Rover's ubiquitous all-alloy V8 engine as well as a diesel derivative using the six-cylinder 2.5-litre engine.

The limited-edition ‘Bordeaux’ was produced for the 2001 model year, with 200 examples manufactured for the UK market, 100 of both petrol and diesel variants. With a list price of £38,995 when new, they were finished in Alveston Red paintwork with colour-coded bumpers and mirrors along with Pro-Sport alloys. The interior upholstery is finished in complementary Lightstone Cream leather piped in Red with Red carpeting. ‘Y237 NRD’ was supplied new via Lancaster Land Rover of Reading, and this diesel example (fitted with the 2.5-litre TD engine) has been in current registered ownership since 2017 with six former keepers, covering c.113,000 miles from new.

Recently benefitting from much expenditure which has included new ball joints, exhaust, ABS sensors and module, fuel tank sender, pipes and hoses and a new roof lining. Most recently serviced in August this year at 113,051 miles, ‘Y237 NRD’ is accompanied by both the original stamped service book and a continuation book, containing 22 service stamps across both books. Further provided with a V5C document, two keys, the original book pack and a small selection of MOTs and invoices and a no advisory MOT certificate until September 2022.