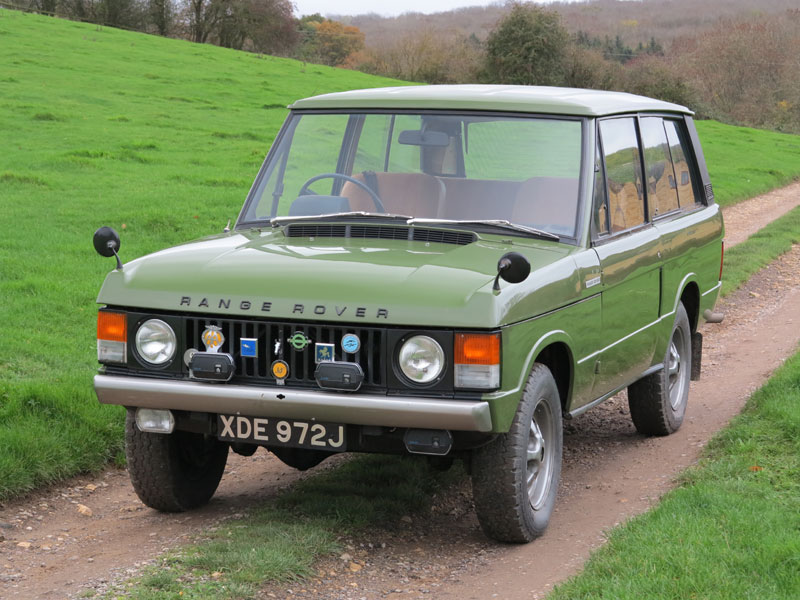 This delightful Range Rover Two-Door with rare and desirable 'Suffix A' chassis plate was one of just 2,844 right-hand drive home market examples built in the 1971 model year. During the '90s it was treated to a very comprehensive chassis-up restoration by its then keeper John Edwins, the detail of which was fully explored in a three-page article in the September 1995 edition of Land Rover Owner International. The work included returning the vehicle from Tuscan Blue to its original colour of Lincoln Green and upgrading the seating from vinyl to more luxurious Brown cloth. 'XDE 972J' is now offered complete with correct tools, photos of the restoration and a copy of the LRO article, plus numerous invoices and MOT certificates including one valid until November 2016.
Share: