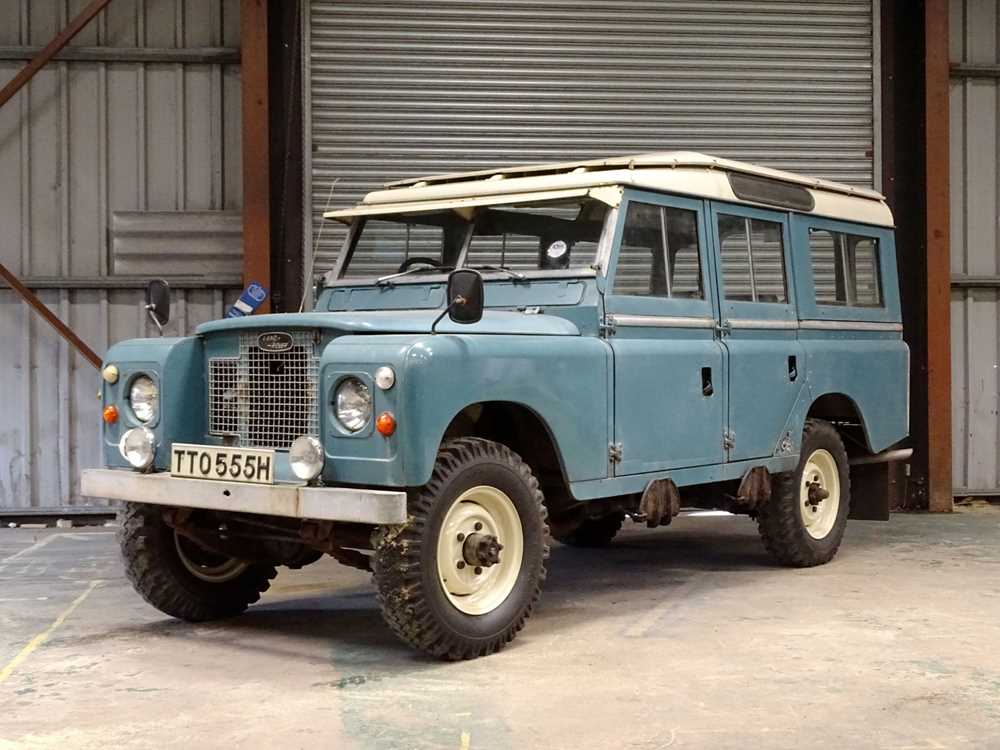 Immortalised in countless films and wildlife documentaries, the Series IIA remains for many the definitive Land Rover. Introduced in 1961 alongside the utility models, the range-topping 109-inch Station Wagon variant initially boasted ten seats but another two were added following changes to UK’s Purchase Tax during 1962. Considerably rarer than its four-cylinder 2.25 litre petrol and diesel siblings, the 2.6 litre straight-six engine arrived some four years later. Better suited to the Station Wagon’s more refined usage, it brought a welcome boost in performance too. Excluding the special derivatives made for the North American market, Series IIA 109 Station Wagon production amounted to 46,127 cars of which just 4,949 were 2.6 litre models.

Still sporting its original ‘TTO 555H’ number plate, this notably late ‘Suffix G’ Series IIA was supplied new by Rolls-Royce, Bentley, Aston Martin, Jaguar and Rover dealer C.H. Truman & Co Ltd of Nottingham. One of just 4,949 such cars to be fitted with the smoother and more powerful 2.6 litre straight-six petrol engine, it had the further benefit of servo-assisted brakes and more efficient, wing-mounted headlights. Well-equipped with a Safari Roof, Smiths heater and fold-down side steps, the Landie is understood to have had just two former keepers (both of whom were members of the same family). Appearing highly original and displaying some 74,000 miles to its odometer, this rare Station Wagon is doubtless ready for further adventure.