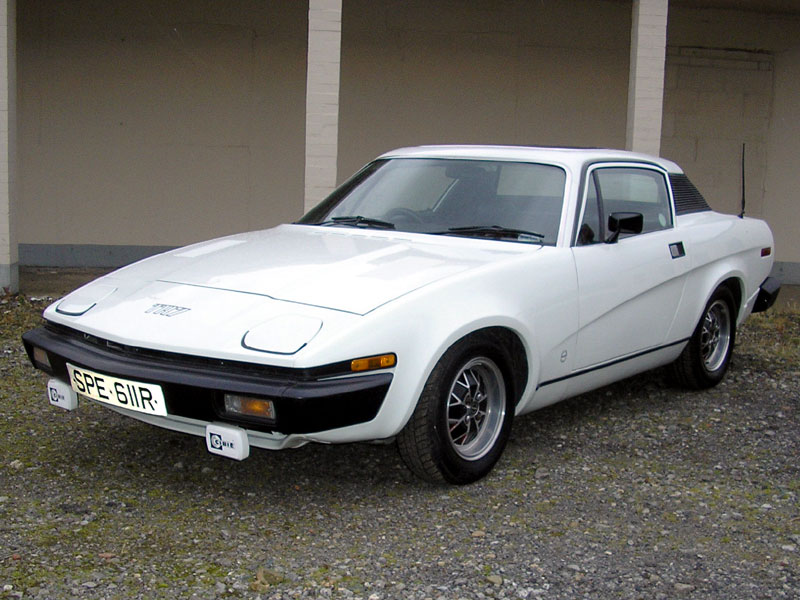 The Harris Mann-penned TR7 was a major departure from the original TR line. Its overtly wedge-shaped monocoque body was initially only available in Coupe guise, the Convertible variant not being launched until 1980. Power came from a front-mounted 1998cc four-cylinder engine that was effectively an 8-valve version of the proven Dolomite Sprint unit. Its output was 105bhp, which was enough to accelerate the newcomer to 60mph in 9.6 seconds and on to a terminal speed of some 112mph. The powerplant initially drove through a four-speed manual gearbox, though by 1976 this had been replaced with a five-speed one. Suspension was by MacPherson struts and coil springs at the front and a live axle and coil springs at the rear, while braking was by discs/drums and steering by rack and pinion.

The tidy-looking right-hand drive TR7 being sold is a White-coloured Coupe that features a Red and Black vinyl/cloth interior and rides on a smart set of aftermarket alloy wheels. Following recent recommissioning, 'SPE 611R' has been in regular use by the vendor, who regards the Triumph's bodywork, paintwork, interior trim, four-cylinder engine and manual five-speed gearbox as all being in "good" order - in summary he says the car "performs well and is fun to drive". It is MOT'd until June 2013.
Share: