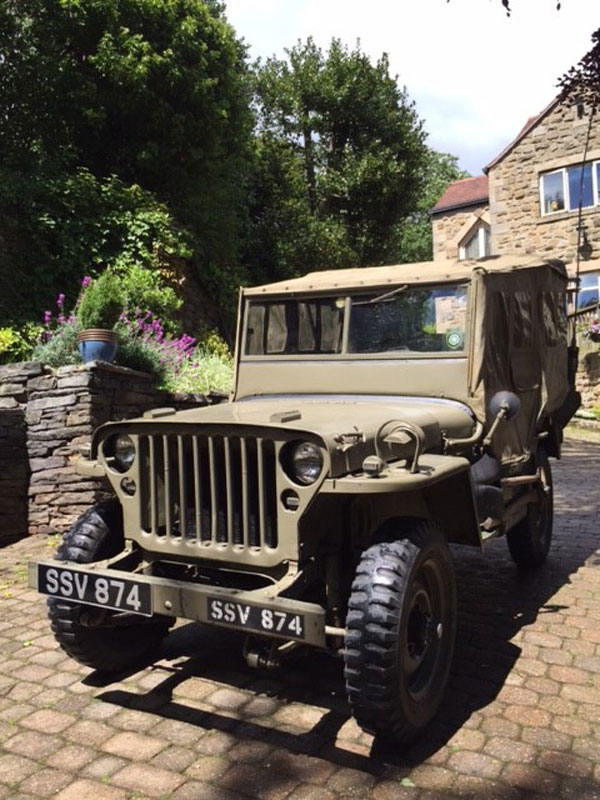 - Serviced six months ago and MOT'd till June 2016

Think of WWII and the Jeep will be there somewhere - the two are synonymous, even though production didn't begin in earnest until 1942 - half way through the hostilities. The vehicle's evolution is complex, but resulted from the US army's approach to 135 American automotive manufacturers to submit designs for a general purpose personnel or cargo carrier especially adaptable for reconnaissance or command and designated as a quarter-ton 4x4 truck. Willys won the resulting three-way tussle with Ford and Bantam, but by the Autumn of 1941 it was clear they could not satisfy demand, so Ford was tasked with manufacturing the vehicle in parallel. The Ford version was dubbed GPW (Government Passenger Willys) which, in contracted form, may have spawned the generic term Jeep (GP said slowly, sounds a bit like Jeep!), though there are other equally plausible explanations for the moniker. Weighing in at little more than a ton and equipped with a torquey L-headed 2.2-litre engine driving all four wheels via a three-speed manual box and two-speed transfer case, the tough, go anywhere Jeep did its job well, sparking a number of imitations - not least the original Land Rover. By the end of the war, close to three-quarters of a milliion Jeeps had been produced - 280,000 of which were manufactured by Ford. Many examples survive around the world and are regularly employed in film work, war games or for simply having fun.

The Jeep on offer was purchased by the vendor in 2011 with a view to carrying out a total restoration that has never taken place due to the Jeep driving very well and being ideal for his local transport shows. `SSV 874' is now being offered complete with canvases, aerials, spade, axe, old radio, jerry can etc, plus a full set of old MOTs dating back to 1989 and has been serviced with in the last 6 months. Although exempt the Jeep has a current MOT certificate into June 2016.
Share this page: