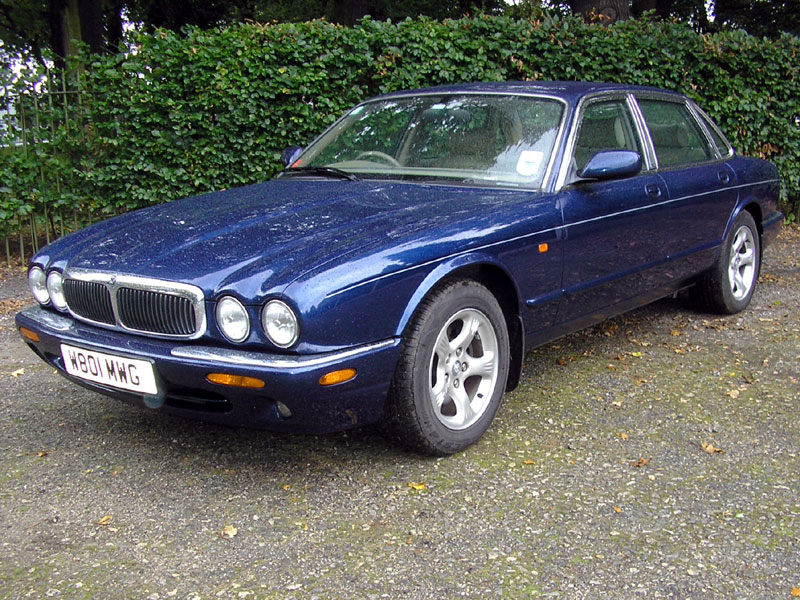 By 1989, Jaguar had been bought by Ford who changed the engine offerings of the XJ6. Six years later, recognising that its boxy lines could do with a facelift, the company allowed designer Geoff Lawson to adopt a somewhat retro path for the X300 Series version. This line was revised for the last time in 1997, at which point much-praised new, Bridgend-built V8 engines replaced the previous six-cylinder ones - enter the XJ8. The new units were available in 3.2, 4.0 normally aspirated and 4.0-litre supercharged form, the outputs of which ranged from 240bhp to 370bhp. Most other aspects of the handsome big Saloon were also an improvement on those of its predecessor - the ride in particular won many plaudits.

The right-hand drive 4.0-litre XJ8 on offer was manufactured in April 2000 and sports Metallic Blue bodywork matched with Beige leather upholstery. The vendor informs us that 'W801 MWG' has benefited from a recent major service that included: the replacement of the timing chain tensioners with genuine Jaguar components and a set of new tyres. He currently regards the Jaguar's paintwork as "very good" and the bodywork, interior trim, V8 engine and automatic gearbox as "good". This classy cat comes complete with extensive service history and an MOT valid into June 2013.

PLEASE NOTE: This vehicle has an MOT until August 2013.
Share: