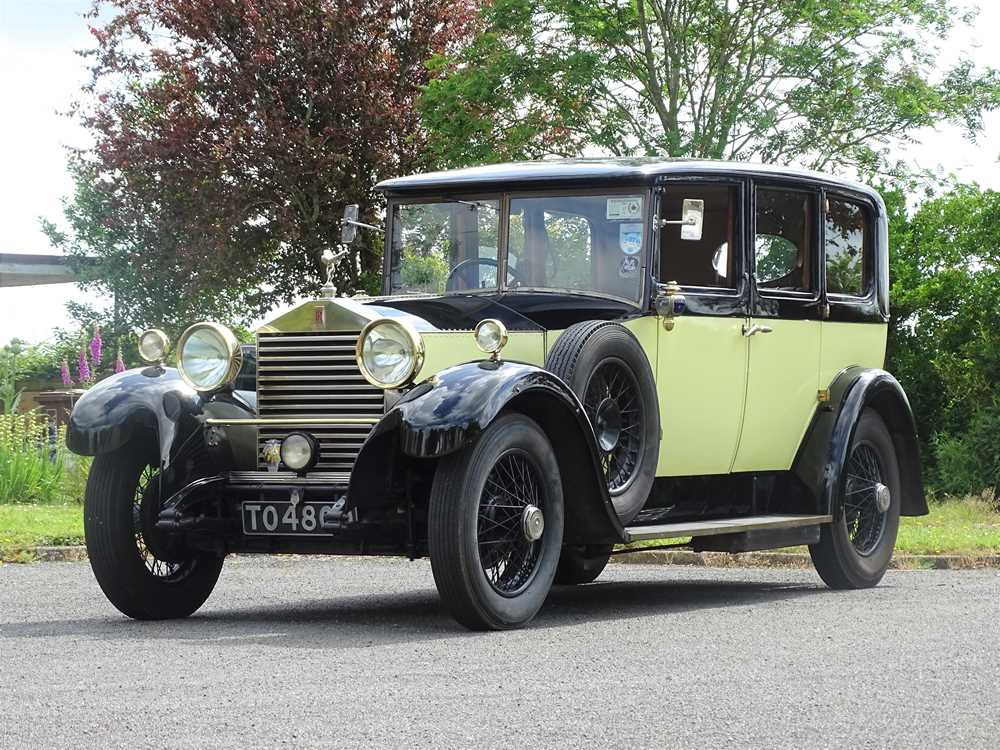 Finished in Yellow over Black with a Tan leather upholstery chassis GUJ16 was supplied new to Mrs L.J Stretton of Nottingham with Park ward coachwork which it still retains today. Sold by Mrs Stretton at the end of World War Two chassis GUJ16 is understood to have passed to the Montagu Arms to convey guests to the local station and then used in the 1960’s by a Dr Welch to visit his patients and remained with him until being acquired by the current vendor in 1988. Subject to a previous engine overhaul by renowned Brunt’s of Silverdale and fitted with overdrive ‘TO4800’ is offered with its chassis card records, a collection of invoices which include marque specialist Royce services and a collection of old MoT certificates. Said to have always been stored in a central heated garage the vendor currently grades the engine, transmission and bodywork as ‘Very Good’ and the electrical equipment, interior trim, and paintwork all as ‘Good’.