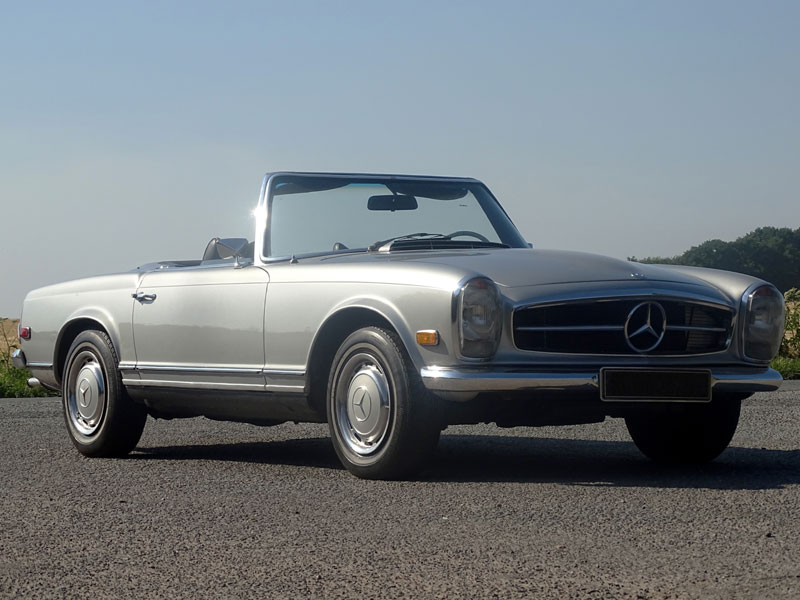 - Recent attention has included a re-spray and engine overhaul

The 280 SL on offer is a lefthand drive, automatic transmission 1970 example finished in the appealing combination of Silver bodywork and Black upholstery. Apparently supplied new to the US market, it was imported into the UK in 1990. Recent attention has included a body respray, engine overhaul, new carpets, gearbox service and the installation of a period radio at the cost of £390. `NJT 539H' is now being sold complete with hard and soft tops, service book, Mercedes-Benz dating document, collection of invoices, and an MOT valid into February next year. A chance to acquire a matching chassis and engine number example of the most desirable of all 113 series SLs.