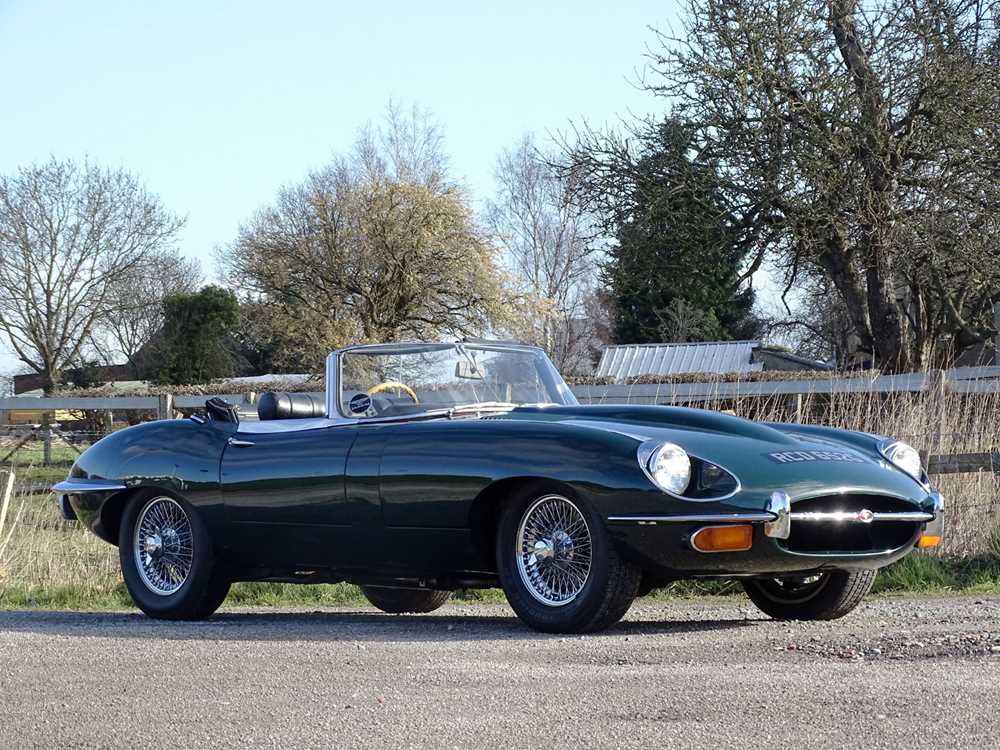 Finished in British Racing Green with Black upholstery and a Black mohair hood, this striking Roadster was dispatched from Browns Lane in August 1969 to British Leyland, New York. Imported back into the UK last year ‘RCD 652G’ has recently benefited from a repaint in its original shade of BRG, converted to RHD and fitted with numerous new chrome parts. Displaying a credible 49,900 miles and upgraded with triple SU carburettors and tubular exhaust manifolds this smart looking E-Type is offered with heritage certificate plus current V5c and is surly worthy of closer inspection.