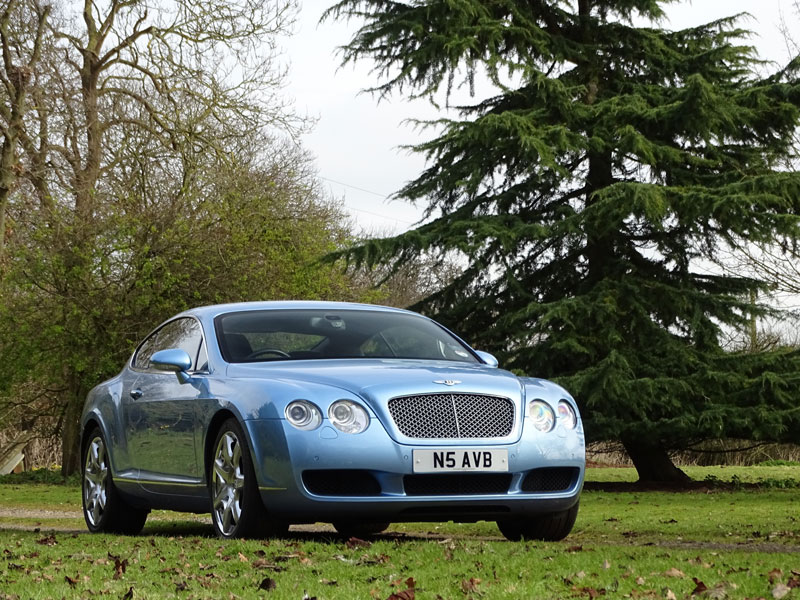 - Entered from a private collection and current ownership since 2009

Introduced at the 2003 Geneva Salon, the Continental GT was the most technologically advanced Bentley in generations. Powered by the marque's first all-new engine since 1959, its twin-turbocharged 5998cc W12 was allied to six-speed ZF Tiptronic transmission. With a quoted 552bhp and 479lbft of torque on tap plus Torsen-based permanent four-wheel drive, the 2+2-seater GT was reputedly capable of 0-60mph in 4.8 seconds and 198mph. A deft blend of muscularity and elegance, the two-door coupe's lines were the work of Dirk Van Braekel. Equipped with sophisticated independent suspension and ventilated ABS disc brakes all-round, the Continental GT proved an accomplished transcontinental express. Unveiled for the 2005 model-year, the Mulliner Driving Specification boasted 20-inch 7-spoke alloy wheels, drilled alloy pedals and diamond quilted upholstery / door cards etc. Responsible for broadening Bentley's appeal in a way that no predecessor could match, the Continental GT's future classic status is assured.

Finished in the striking combination of Silver Lake with Nautic Blue leather upholstery, this particular Continental GT Mulliner has had just two former keepers and covered a mere 18,000 miles from new. Purchased from Broughtons of Cheltenham for £53,210 on 22nd April 2009 with a warranted mileage of 10,500, the Bentley has since formed part of the vendor's impressive private collection (and been garaged alongside several 1950s/1960s Continentals). Last serviced by marque heritage dealer P&A Wood at 16,004 miles and sparingly used over the past few years, 'N5 AVB' remains highly presentable. Offered for sale with book pack (including stamped service log), history file and MOT certificate valid until March 2017.
Share: