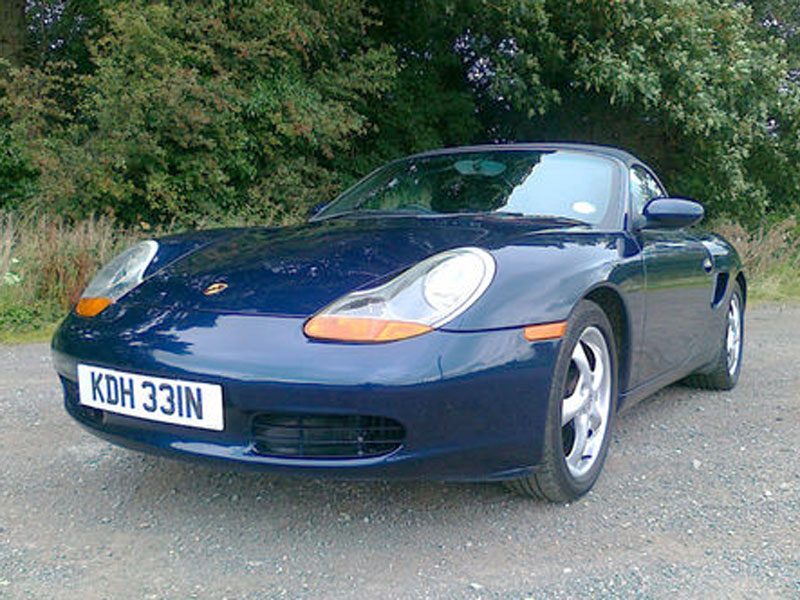 The Boxster was unveiled in late 1996 and was the first Porsche since the 550 Spyder to be designed from scratch as a Roadster. It was penned by Dutch designer Harm Lagaay, who was also primarily responsible for the 968, 993, Cayenne, 996 and Carrera GT. At launch it was 2.5-litres in capacity, but the standard offering was increased to 2.7-litres in 2000. The M96 engine related to that in the 996, and the newcomer also shared that car's bonnet, front wings and headlights. Suspension was independent all-round, braking by power-assisted ventilated discs and steering by rack and pinion.

The Boxster on offer is a 2.7-litre example from November 2000, the Metallic Lapis Blue bodywork of which is complemented by Grey leather upholstery. At some time it has apparently been fitted with the later, larger brake callipers and pads, and more recently benefited from: a new rear screen at a cost in excess of £200; a set of both sparking plugs and coil packs; plus an oil service. The vendor regards the bodywork as "above average", the paintwork, engine and manual transmission as "excellent" and the interior trim as "good". 'KDH 331N' comes complete with "a full service history, receipts and other paperwork", and an MOT valid until June 2013.
Share: